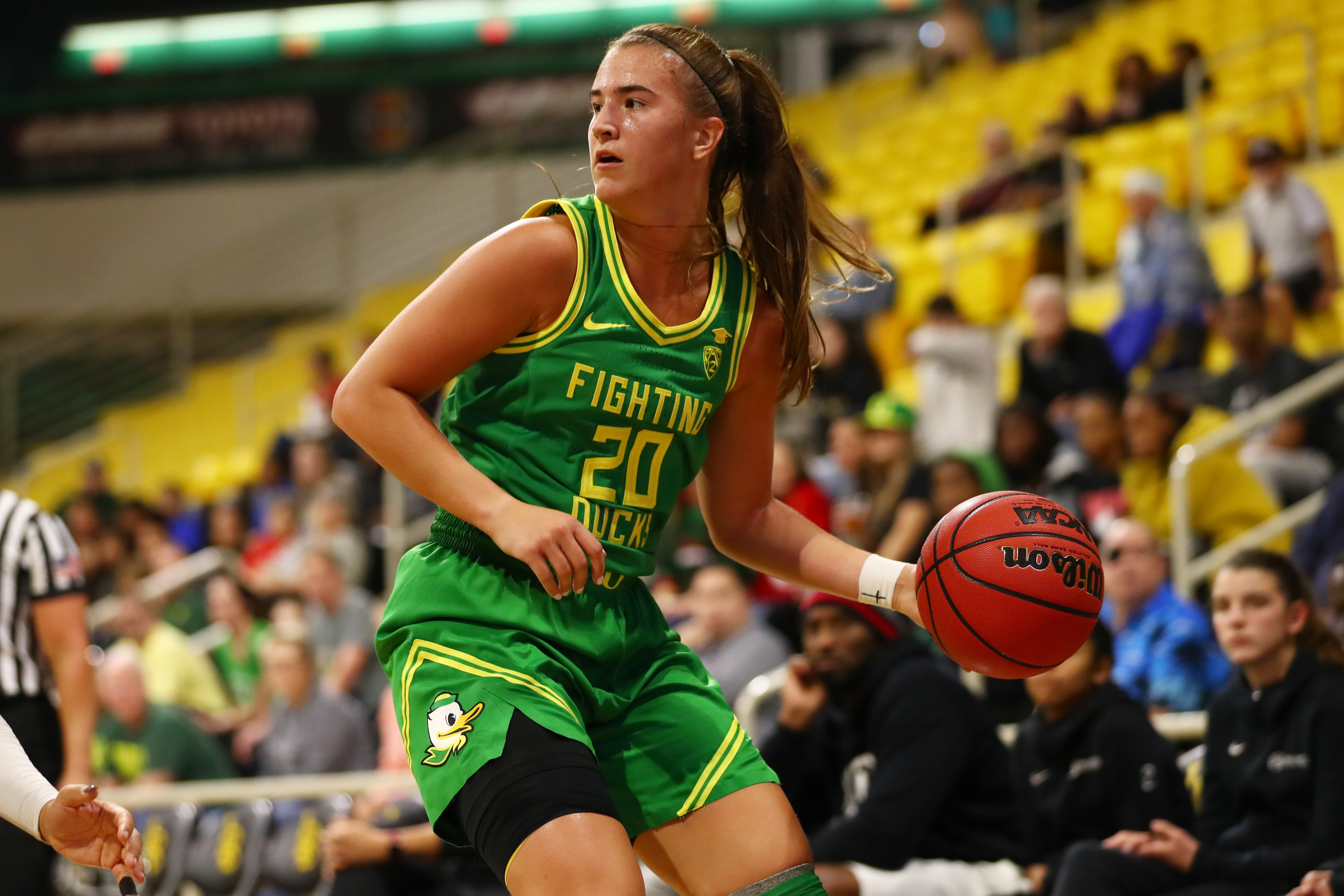 Sabrina Ionescu is a generational player. She has the talent to be one of the best WNBA players of all time. She has always found a way to put up stats and help her team win in any way she can. Ionescu played high school ball at Miramonte High School in Orinda, California, where she broke many records. She had the most points in school, history with 2,606 points. She also broke the records for most assists, steals, and triple-doubles, with 769, 549, and 21 respectively.

The 5’11 guard was ranked as the No. 1 point guard and the No. 4 player in the class of 2016 according to ESPN. Her insane talent did not stop after high school as she went on to play Division 1 basketball.

Ionescu, 22, played at the University of Oregon for four years and accumulated many awards at the college level. The guard won both the Pac-12 Player of the Year and the Nacy Lieberman award three times. She won the John R. Wooden Award and the Wade Trophy twice. She won plenty of awards in 2020, but the two that stand out are the Naismith and the Ap Player of the Year awards. She is the NCAA leader in career triple-doubles and is the first player in history to score 2,000 points, grab 1,000 rebounds, and dish out 1,000 assists.

When it was all said and done at Oregon, “The Triple-Double Queen” was a consensus top pick in the WNBA Draft. The New York Liberty made sure that would happen. The Liberty selected Ionescu with the first overall pick in the 2020 WNBA draft. Ionescu didn’t get off to the best start in her first game as a pro, but she bounced back in her second. When New York went up against the Dallas Wings, Ionescu put up 33 points, 7 rebounds, and 7 assists. Despite the slow start, the Oregon star was able to show that she can really play at the next level.

Ionescu has the resume to be one of the best college basketball players ever, but what does she truly excel at?

Her awareness in any moment is key to her game. Ionescu is able to find open teammates and give them a solid pass no matter the location the player is. She also knows where she needs to be on defense and where certain players are looking to go.

Sabrina Ionescu’s shot creation is deadly. She is able to shoot from any spot on the court and isn’t afraid to do so. She has the ability to step back and release the ball quickly before defenders can get back to her.

Hustling may not be talked about as much when your a pro and are athletically superior to most, but Ionescu shows it. If Ionescu is attempting to track down one player and then has to retreat back to another, she is able to.

Sabrina Ionescu is a force to be reckoned with and could quite possibly be the future of the WNBA for a long time.