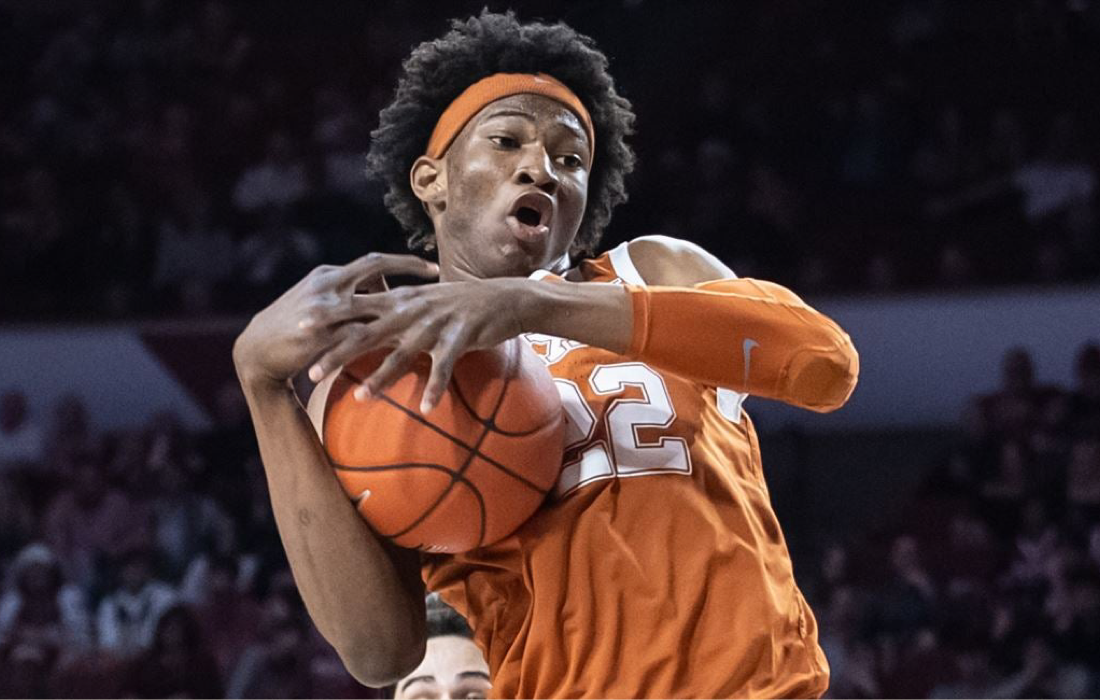 Every year, it seems like there is a prospect that ends up flying up draft boards, to the point where this player gets drafted well before where many scouts projected him before the actual draft. Often this isn’t because of the current skillset of this player, but the immaculate potential this player presents the draft process. Last year it was Patrick Williams, this year, that guy is going to be Kai Jones.

In the past couple years, we have seen a couple Texas bigs such as Jaxson Hayes, and Mo Bamba who were taken in the lottery because of their raw tools and immense upside… but you can say they have not lived up to the hype of the position they were selected, which makes it fair to wonder; “why should teams target raw Texas bigs when they haven’t worked out?” It is totally understandable to question and that’s because we haven’t seen any real star level talent to come out of Texas since Kevin Durant. The best way for me to show you what makes Jones a potentially special talent is giving you a mini scouting report on him.

What makes Kai Jones such an appealing prospect is his athleticism and versatility on both ends. At 6’11” with a 7’1” wingspan, Kai has natural size for a modern five. He is very big with fantastic burst, balance, and lateral quickness, and literally moves like a guard. This raw physical ability has been a huge part of why he has a chance to be a problem on both ends.

Defensively, he has a chance to guard 1-5. He takes advantage of his quick feet in the perimeter, where he has been able to switch on guards and remain a problem because they can’t get separation, he is just quick enough and too long for guards to blow by him like he is any other big. He also does well contesting shots in the perimeter, particularly in closeouts. In the paint, Kai does a relatively good staying in position guarding centers and almost always keeps his hands up to contest shots. At 240 pounds, he naturally has good weight while having room to add muscle so he can eventually guard bigs in the paint consistently at the next level. Although he averaged less than a block and steal a game, the way he gets some of those steals and blocks is worth being excited about. Most of his dynamic steals and blocks are when he is guarding someone on-ball. His good shot contests have allowed him to utilize his length and make impressive blocks from the perimeter, he also has active hands and has shown the ability to strip the ball from guards. He can get some blocks by staying in front of players slashing and has great timing of knowing when to contest and block shots. Even though rim protection isn’t his clear strength, he still has shown flashes as a help defender where he is able to use that athleticism to block shots when he spots a driver.

Defense is a major aspect of what makes Jones such an intriguing long-term prospect, but there is also potential for greatness offensively. What he currently does best is finish around the rim. He takes advantage of his athleticism and dunks with authority whenever he can, whether it is a lob, finishing in transition, or cutting, when he gets to the dunker’s spot with a little glimpse of daylight, he is going to slam it. Besides being a threat around the rim, he has guard skills; this season, he hit 13 threes on 38.2% from three. That number may have you question whether that shot will translate but because of his high release as well as his stable, broad base, there is little mechanically that doesn’t seem to translate. Not to mention, a number of his threes he created on jab-steps, as he also hit a behind the back step-back three against Oklahoma. How many near seven footers can do that on the planet? He also has an extremely tight handle for his position and has good feet, this allows him to conduct straight-line drives from three or in transition towards the rim.

Kai Jones is still very inexperienced, he has played basketball for less than five years and you can see that rawness, especially at times on the defensive end of the floor. He sometimes has issues guarding in the post because he loses position when trying to front his opponent, which can leave him to losing falling out of the play and leading to an easy bucket for who he was supposed to guard. He also has a tendency to foul, he averaged 4.9 fouls per 40 minutes, being prone to fouling can really limit your impact on the defensive end because it leads to you often being more passive and less physical, which leaves Jones’ raw defensive traits unused.

Although his jump shot is encouraging, it still lacks consistency as he occasionally doesn’t use his legs enough to get the strength to shoot get the proper distance and arch on his shot. At times, he isn’t quite aware of how a defense guards him. For example, there are plays where Kai is left wide open by the defender and even though he could easily pull up with his natural stroke, sometimes he would go head down and drive before realizing how he is guarded and how much space he has, he needs to look before making decisions instead of driving without a plan.

So what does make Kai Jones different from Mo Bamba and Jaxson Hayes?

There is never a guarantee in a prospect like Kai Jones, someone who has little experience in the game will certainly be better than Jaxson Hayes and Mo Bamba, but there are a couple aspects of Kai Jones relative to the previous highly doubted big man prospects such as Mo Bamba and Jaxson Hayes.

When comparing Jones to Bamba, Jones is way more physical than Bamba was. Bamba was never the most aggressive and often avoided contact in the paint, Jones is the opposite; whenever he finds a little bit of daylight, even through fog, he is going to try to absolutely punish the rim, even if someone is in the way. The natural physicality element with Jones makes me more confident he will physically translate to the NBA much better than Bamba ever did.

Now when it comes to comparing Kai Jones to Jaxson Hayes, physicality is certainly not the issue with these two. What truly differentiates Kai Jones from a Jaxson Hayes is simply the versatility. Jones, unlike Hayes, has shown the ability to space the floor as well as create his own looks. Although Jones could work on his defensive IQ, his ability to switch on guards and defending in general is still much more polished than Hayes. Jones is simply much more versatile offensively and more ready defensively.

Kai Jones and Jaren Jackson Jr. are very similar prospects in many ways. Firstly, the size, length and agility for their positions is incredibly intriguing and that gives them both natural two-way upside. Both are very versatile defenders with the ability to switch on ball screens and protect the basket. They also have the potential to be really good shooters for their position in the NBA, although Jackson Jr. was more proven in that regard before the draft.

Both are not great rebounders, as they both averaged 5.8 RPG in college and Jackson still hasn’t improved there as he hasn’t averaged 5 RPG in his career yet, and hopefully he fixes that issue. Both are also very foul prone, as Jackson averaged 5.8 fouls per 40 minutes, and Jones averaged 4.8. Although it was a bigger issue for Jackson than Jones, he still needs to work on his body positioning and timing when contesting so his aggressiveness doesn’t have to be limited because of foul trouble, Jackson still has that issue to this very day.

Who is Kai Jones?

Kai Jones is a raw prospect with immense physical tools, athleticism, and upside. Because of his rawness in some aspects as well as his little experience playing basketball, there definitely is a chance for failure if he ends up going to the wrong team that doesn’t know how to develop him, but if he ends up on the right team that will remain patient with him, he has a chance to be a top five player from this draft. Similar to Patrick Williams from the previous draft, don’t be surprised if Kai Jones’ natural talent makes his draft stock skyrocket last second despite not putting up the most eye popping numbers in his two-years at Texas.