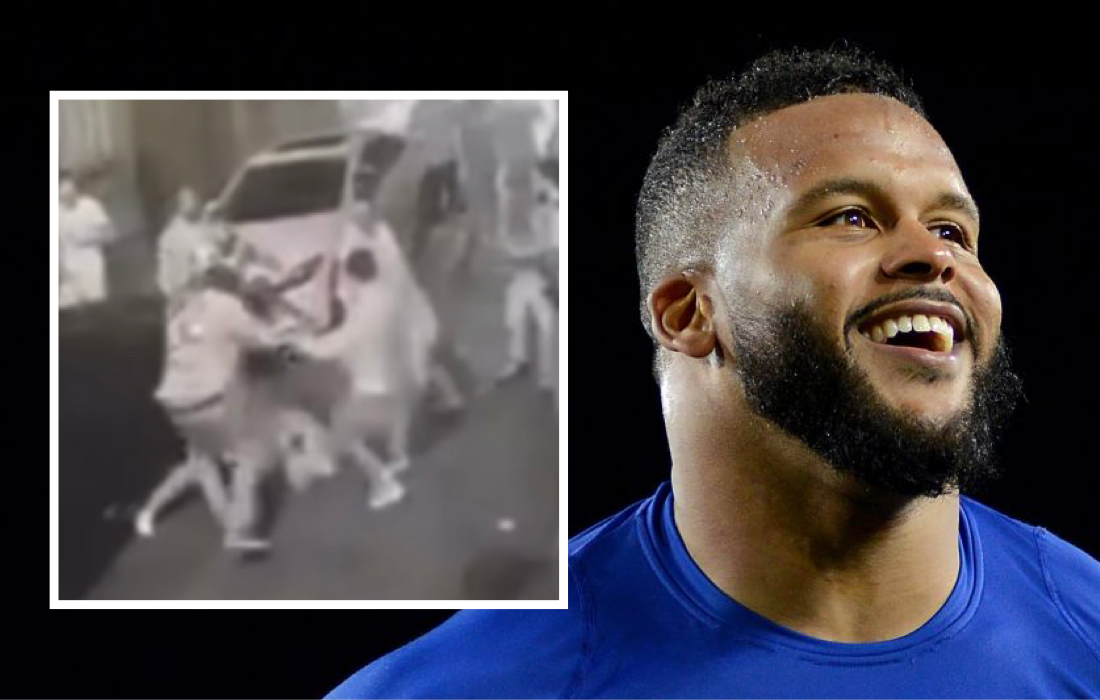 Just a day after the first rumors and details about Aaron Donald’s alleged assault of DeVincent Spriggs came to light, surveillance camera footage has surfaced, showing the events of the night of April 11. The video was shared by WXPI on twitter.

Aaron Donald’s lawyer, Casey White, believes that Pittsburgh police will not charge his client, due to the evidence shown in the video.

He also believes that Donald, despite being accused of assault, prevented further or more detrimental injuries from occurring.

The video appears to show Spriggs attacking Donald with some sort of bottle, before others restrained Donald from retaliating. Just a few moments later it appears Donald is pulling people off Spriggs, rather than attacking him.

Below is the video showcasing the surveillance footage:

Despite the claims that Spriggs injuries were the cause of an attack outside the establishment by Donald, it appears AD was simply breaking up a fight, caused by the accuser attempting to strike him with a bottle.

The case is certainly not finished, but unless further evidence surfaces from Spriggs, or his lawyer Todd Hollis, it seems AD is not in the wrong and will avoid any charges. Hollis had filed a criminal complaint earlier this week regarding the incident, claiming that Donald had been the aggressor.