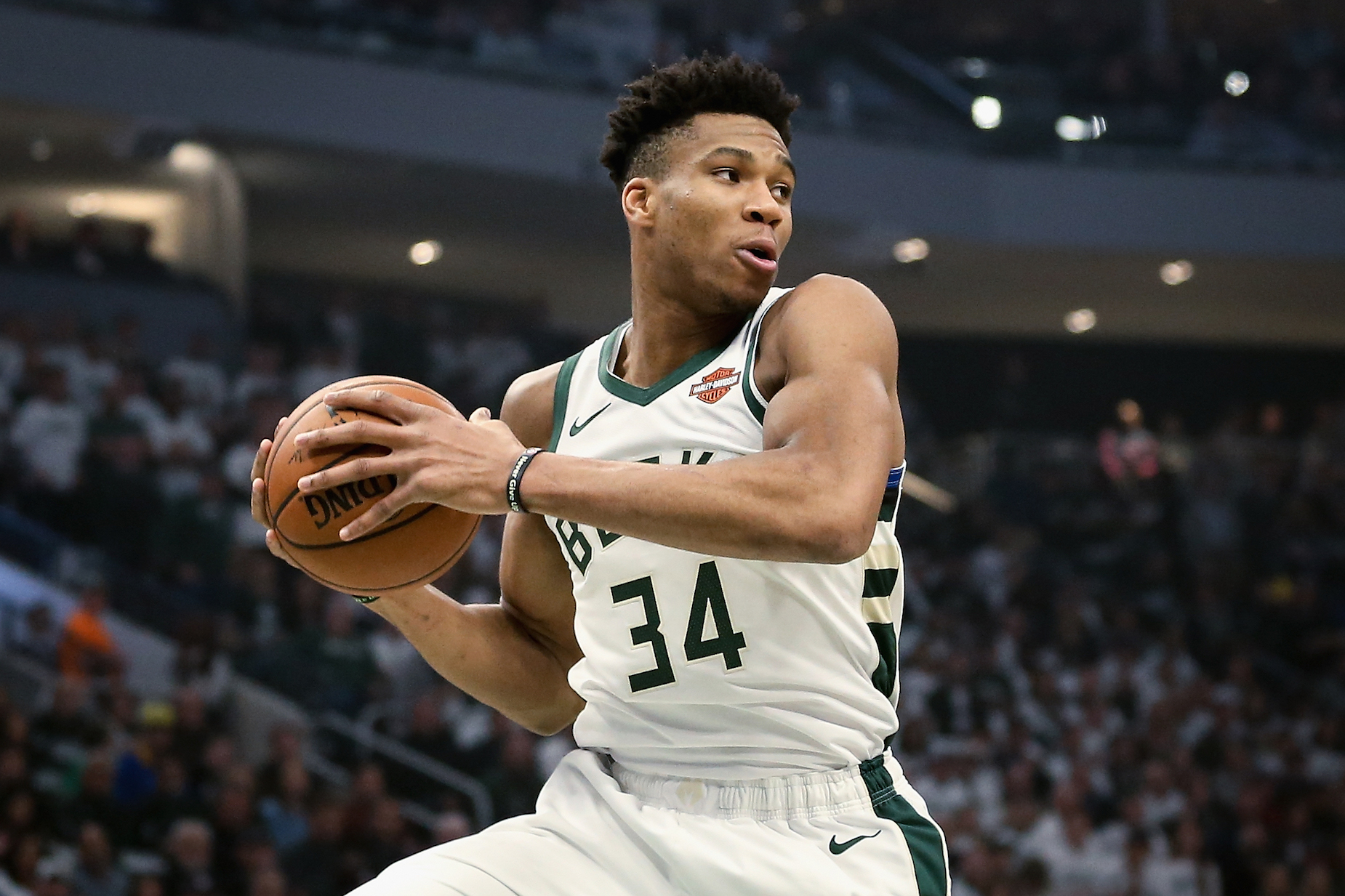 Giannis five potential trade destinations. Giannis Antetokounmpo is arguably the best player in the NBA. The 2019 NBA MVP is on the verge of winning his second consecutive most valuable player award. Antetokounmpo’s game has definitely caught the eyes of many.

Antetokounmpo, 25, was selected with the 15th overall pick in the 2013 NBA draft by the Milwaukee Bucks. Since getting drafted Antetokounmpo has achieved many accolades in Milwaukee. He is the reigning MVP and also won this year’s Defensive Player of the Year Award. He now has made the All-Defensive First Team twice. It did take a little while for Antetokounmpo to get to where he is in the league.

When 2017 came around the forward from Athens, Greece rose to stardom. Antetokounmpo has led the Bucks to the playoffs each of the last four seasons. However, each time Milwaukee has reached the playoffs they have been eliminated.

Antetokounmpo has one final year left on his current deal, and rumors have speculated of a potential trade out of Milwaukee. When he was asked about requesting a trade the all-star forward said, It’s not happening.

That’s not happening,” according to Yahoo Sports’ Chris Haynes. Anything can happen in the NBA nowadays, and of course, some organizations have been linked to Antetokounmpo. Which five teams could be in on the superstar be heading to?

The Warriors were once the best team in the NBA, but a down year, struck-by injuries, awards Golden State with the 2nd overall pick in the 2020 draft. According to reports, the only way the Bucks would trade Antetokounmpo to the Warriors is if Klay Thompson is included in the trade.

If the two sides wanted to make this deal happen Thompson would be leaving Golden State, and promising young star Eric Pascal could quite possibly also be involved. The 2nd overall pick might also be included in the deal.

Yes, trading Antetokounmpo for Thompson will not make Milwaukee better, but Thompson’s deal would lasts for another four years. Antetokounmpo is only under contract for another year. Golden State Warriors,’ forwards, Andrew Wiggins and Draymond Green could also be considered in a possible trade. If Giannis gets traded this offseason, there is a chance that he doesn’t stay with his new team.

The Heat have all the momentum in the world after beating the Bucks in the Eastern Conference semifinals. Miami only needed five games to do so. The Heat have many young assets that could intrigue Milwaukee to send Antetokounmpo to South Beach.

Miami will have to include a player like Andre Iguodala or Kelly Olynyk. If Giannis signs his option the that would be a possibility for the Heat to make up his massive contract. The Heat might have to include all-star center Bam Adebayo in the trade, but it’s unlikely.

Tyler Herro, last year’s first-round pick, will probably be the centerpiece of a trade that the Heat would prefer.

Point guard Kenrick Nunn could also be in a trade conversation for Giannis. Draft picks will be involved in the blockbuster trade. If Adebayo is the one to leave Miami, expect fewer draft selections changing teams.

Toronto could look to add a top superstar just a year after former finals MVP Kawhi Leonard leaves. The Raptors will probably have to include one of Pascal Siakam or Kyle Lowry in a potential trade. The probable player to be on the move between the two is Siakam. Expect Terrence Davis to be apart of any trade for Antetokounmpo.

Norman Powell and OG Anunoby might also be on the move if Antetokounmpo is going North. In any deal that Toronto comes up with, draft selections will most definitely be involved. The possibility of Siakam or Lowry leaving the Raptors is low, but it’s definitely possible.

This scenario is definitely not the most popular but both teams can benefit right away from a trade. Denver needs to improve their defense and they need to immediately.

Antetokounmpo is the reigning Defensive Player of the year. If this were to happen the Nuggets defense would improve drastically. However, Denver will have to send a group of young stars to Milwaukee.

If the two teams agreed to a deal, look out for point guard Jamal Murray to be included in the trade. Michael Porter Jr., who recently broke out in the NBA’s bubble, would probably be the young star that Denver has to give up. Guards Will Barton and Monté Morris could also be in consideration. If Denver packages up Murray and Porter Jr for Antetokounmpo, expect first-round picks to also be included.

The Trail Blazers could be the biggest underdog to trade for “The Greek Freak.” Portland’s CJ McCollum and Zach Collins could be two huge pieces in the potential deal. Forward Nassir Little and guard Gary Trent Jr. could also be on the move.

The Trail Blazers will definitely have to package up picks for Antetokounmpo even if they include CJ McCollum in the deal. Milwaukee could demand Jusuf Nurkić in the deal but it’s unlikely. Trevor Ariza and Anfernee Simons might also be brought up in trade talks.

Ariza could be dealt to Milwaukee to balance out the salary cap hit of Antetokounmpo’s contract. The Portland Trail Blazers could put a plethora of offers in for Giannis Antetokounmpo.