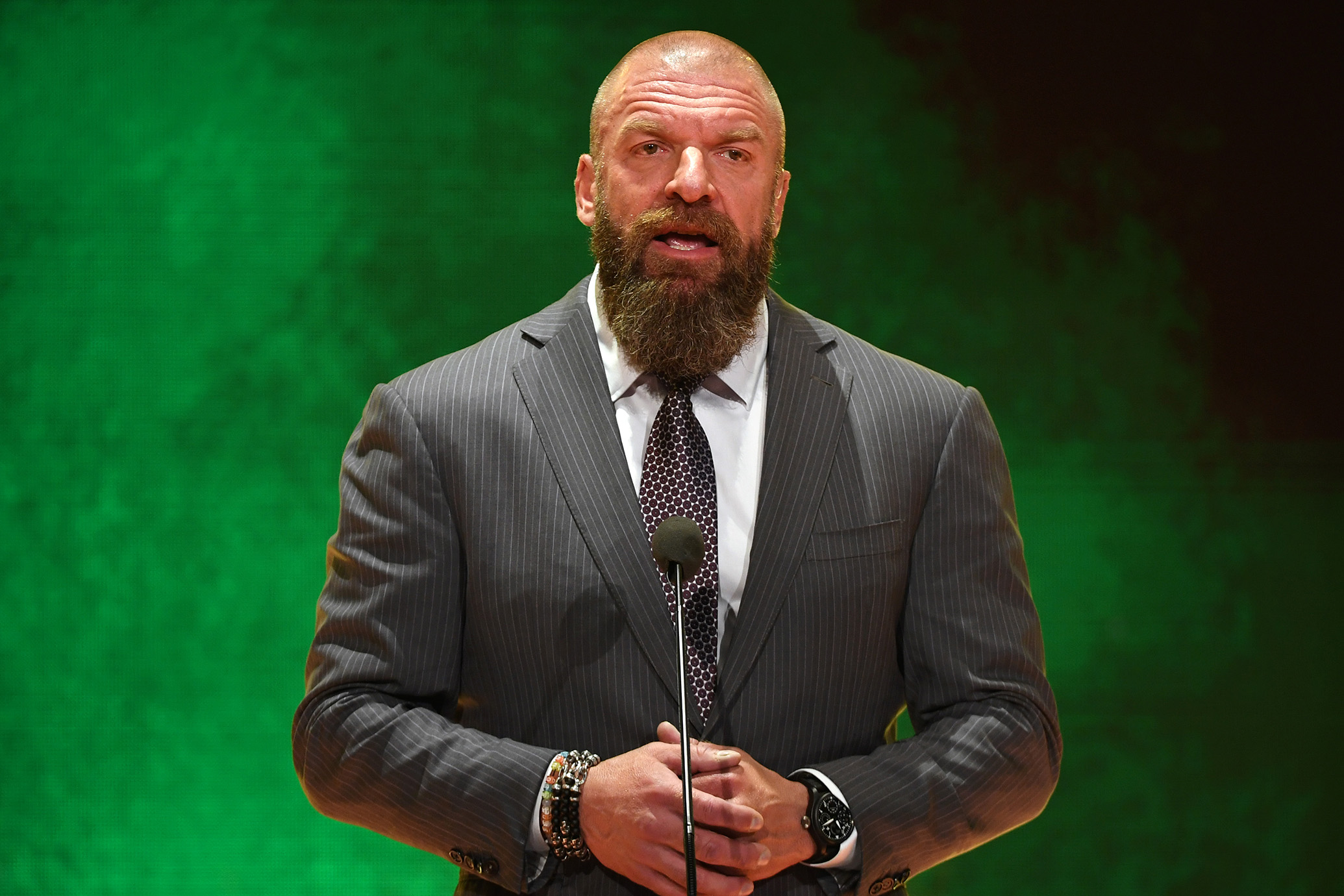 The match didn’t even start before a brawl happened. Kai attacked Shirai from behind and Nox and LeRae got involved. Nox and LeRae started the match for there respective teams. LeRae got the early hand over Nox. Eventually, Kai and Shirai would enter the match up and the captain of Team Kick, Dakota Kai, began to beat down the NXT Women’s Champion. Shirai starts to gain momentum and takes down Kai multiple times. Kai reverses and goes for the pin but Shirai kicks out at two. Eventually, Nox and Shirai attempt to take out Kai but Lerae pulls Shirai to the outside of the ring and throws her into the barricade. Kai then kicks Nox and sends her outside of the ring. LeRae throws Nox into the steel steps. Shirai then gains back momentum and hits the Tiger Fate Kick to the head of LeRae. Shirai goes to the top rope and hits a Missle Drop Kick. The NXT Women’s Champion keeps the momentum and dives outside of the ring taking out Kai. Nox then hits the Shiniest Wizard to LeRae. Shirai hits a moonsault from the top rope and pins LeRae. NXT Women’s Champion Io Shirai and Tegan Nox win via. pinfall – Grade B+

This match is a heel vs. heel match-up with Gargano and Strong. Strong started off fast keeping Gargano from gaining any momentum. Eventually, Gargano will gain momentum and takedown Strong in the corner. Gargano then tries to hit a spear but Strong counters and takes Gargano to the outside. Back in the ring, Strong now has the edge and throws Gargano down. Gargano, outside of the ring, then hits a step-up enziguri. Strong regains momentum and hits a Pendulum Backbreaker. Strong goes for the pin but Gargano kicks out at two. They both exchange blows and reverses but Gargano, eventually, kicks Strong in the back of the head. Gargano starts to toy off on Strong outside of the ring. Gargano then hits the Final Feat DDT and pins Strong for the win. Johnny Gargano wins via. pindall – Grade B+

The NXT Champion Keith Lee lets Kross know that he has his attention now after Kross beat Lee’s frenemy Dominick Dijakovic last week. Cameron Grimes appears and tries to attack Lee but the champ has none of it and hits a powerbomb. Kross is then shown on the big screen and starts to taunt Lee. Kross demands a championship opportunity and Lee accepts.

Fabian Aichner and Marcel Barthel, of Imperium, return to NXT to face off against Ever-Rise. The match didn’t end up being too long with Imperium keeping the momentum throughout most of the match. Imperium won with the European Bomb. After the match, all four members of The Undisputed Era attacked Imperium. Former NXT Champion Adam Cole lets the NXT universe know they run the brand and no one else does. Look for The Undisputed Era and Imperium to square off in the near future. Imperium wins via. pinfall – Grade C

Both wrestlers are looking to ascend up the NXT Cruiserweight Division. Atlas started off with the offense and eventually would hit Scott with a kick to the chin. Atlas followed up by dropping Scott to the mat but Scott kicked out at two. Eventually, Scott reversed and hit a German Suplex. Scott would keep the momentum for most of the match up reversing Atlas’ moves and eventually hit the JML Driver for the win. Isaiah “Swerve” Scott wins via. pinfall – Grade B-

Bálor and Thatcher started off with Lumis sitting in his corner. Eventually, Lumis would begin to tee off on both Thatcher and Bálor in the ring. The Artist then threw both of the other men outside of the ring and then flipped over the top rope. Thatcher tried to gain the upper hand but Lumis wouldn’t let him. Lumis hits the Backdrop Driver to Bálor but only receives a two count. Later in the match, Bálor tries to put Lumis away after much offense but Thatcher takes out Bálor. Lumis tries to out Thatcher to sleep but Bálor hits the Coup De Drace from the top rope. The Prince, Finn Bálor, goes for the cover but Thatcher breaks the count. Thatcher tries to submit Balor but Lumis comes in and submits Thatcher with The Silence, choking him out for the win. Dexter Lumis wins via. submission over Timothy Thatcher and will join the 5-man ladder match at NXT: TakeOver 30 in three weeks – Grade B+