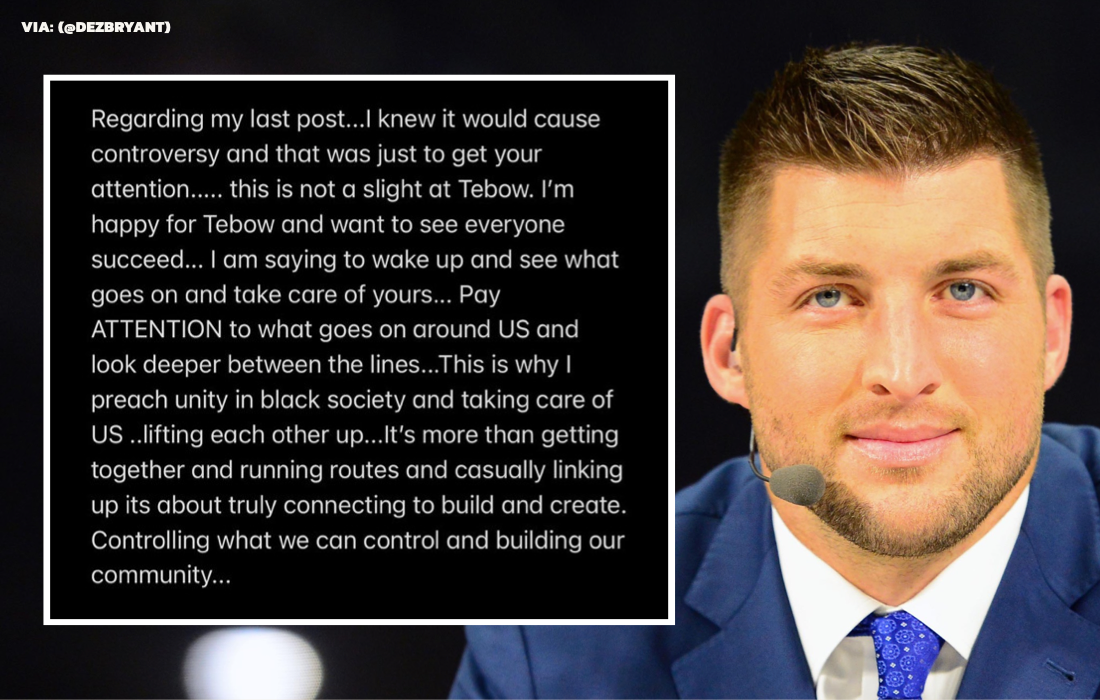 With Tim Tebow getting a second chance in the NFL (at a position he’s never played before), there has been a lot of controversy around the signing.

Earlier this week Ian Rapoport announced that the Jacksonville Jaguars will be signing Tim Tebow to a one-year contract, after working out with the team in late April.

Tebow has not played in an NFL game since 2012, which has caused controversy regarding the legitimacy of Tebow as an NFL prospect.

NFL players, both current and former, have been very vocal about the signing. While most players have come out speaking negatively upon the nature of the signing, there have been some coming out in support of it.

Former NFL linebacker, Brandon Spikes has come out heavily supporting his former Florida Gator teammate. Baltimore Ravens All-pro cornerback Marlon Humphrey has also spoken out, and while not necessarily speaking supportively of the signing, he did explain his views on the signing.

Some players however, have been less than supportive. Devin Bush, linebacker for the Pittsburgh Steelers, voiced his excitement for playing Jacksonville. Former Titans star running back, Chris Johnson mocked the signing, and questioned the legitimacy of the Jaguars front office.

Former All-Pro Cowboys receiver Dez Bryant has been incredibly outspoken, questioning why Tebow was given the opportunity, as well as why he was given an opportunity over Colin Kaepernick. Super Bowl champion tight end, Shannon Sharpe also questioned the signing, saying on Undisputed that “Everyone knows why Tebow got this opportunity. He’s from Jacksonville and they’re trying to sell tickets.”

No matter your opinion on the signing, it will at least be interesting to see if the former Heisman Trophy winner can revitalize his career in the same vein that former quarterbacks like Julian Edelman have done in the past.