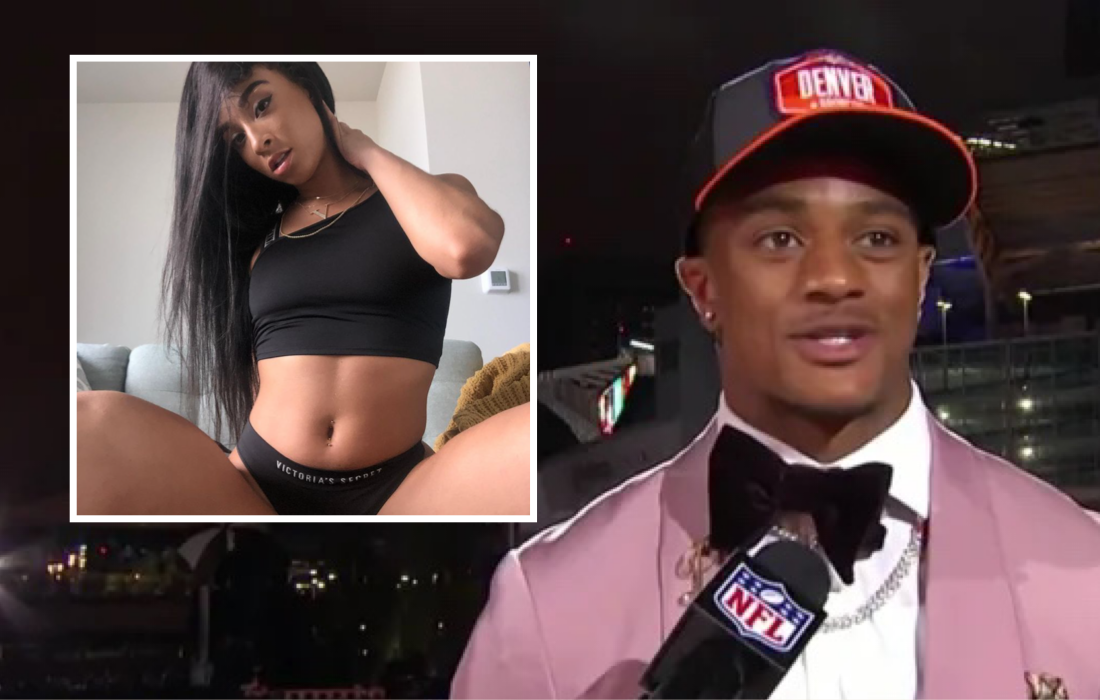 Teanna Trump is a widely known name in the adult-film industry and publicly announced how ready she is to settle down with a partner, but she already has her eyes set on a prize.

Trump recently broke off a relationship that lasted a “few months” according to the film star. She seems more than excited to move on with her life and find a new man.

The Denver Broncos held the 9th selection in the 2021 NFL draft, and although some scouts believed the need was at QB, Denver differed to a defensive piece by selecting CB Patrick Surtain out of Alabama.

Surtain is considered the top corner to most NFL scouts and draft experts but was not the first cornerback taken in the draft. The talent is unreal and the potential is higher than most coming out of college.

This entire storyline started after Trump took it to her Instagram story on draft night, as she was watching WR Jaylen Waddle making his way out to meet Roger Goodell as he just got selected by the Miami Dolphins. Teanna said he (Waddle) was okay, but she had her eyes locked on “the guy in pink” who was Patrick Surtain.

Patrick Surtain has to be focused on rookie-camp which starts next week, but could we see a potential link with two stars in their respective industries? Mr.Surtain, the ball is now in your hands!