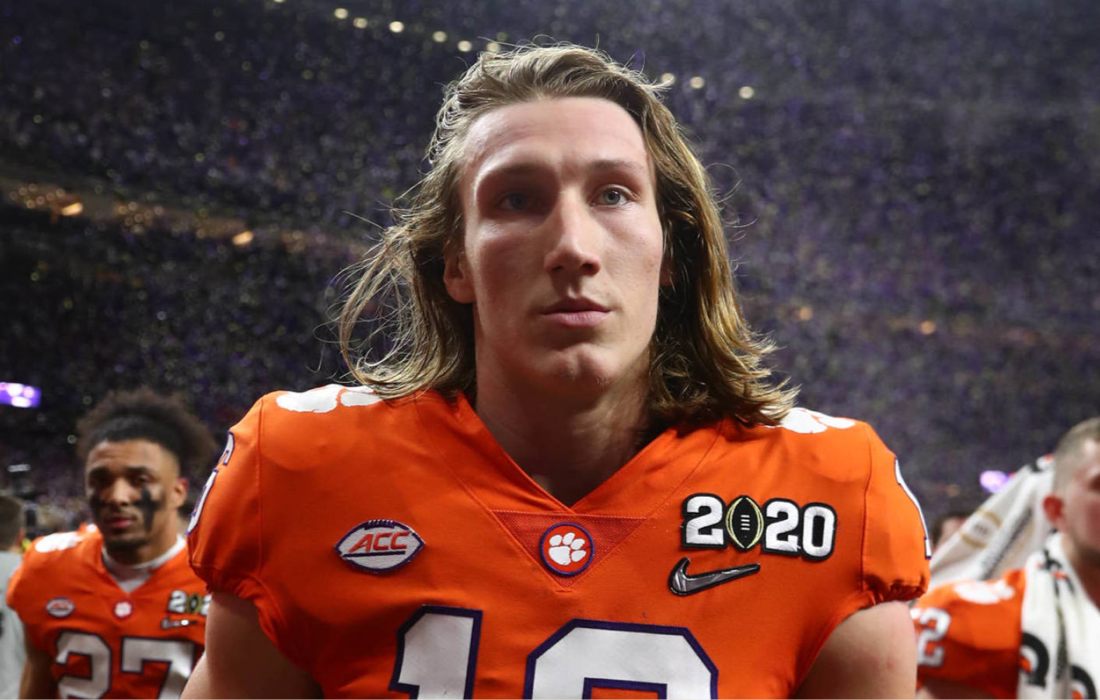 The 2021 NFL Draft is here! The rumors can be thrown away as the true business details will unfold tonight during the draft.

Since our last mock draft, there has been a trade including the Chiefs and Ravens that sent Orlando Brown to Kansas City for the 31st overall pick. There could also be some potential trades that would change the draft order significantly.

Trevor Lawrence and the Jacksonville community are already uniting as they have sent charity donations back and forth, and some fans even ordered some custom Jaguars gear with Lawrence’s name pinned to the back. It would be a huge mistake to miss out on this generational talent, so let’s keep this luck simple and easy and give Jacksonville what they need to officially shy away from a rebuild mentality.

Zach Wilson and the Jets is almost 100% likely as reports confirm that New York wants Wilson and are “locked in” on selecting him with their 2nd overall pick. The Jets also hold the 23rd overall pick via Seattle where they could add more talent for Wilson.

The most intriguing pick in the draft is at three with the 49ers. Most within the NFL believed it would come down to Justin Fields, Trey Lance, and Mac Jones, but now the options have been narrowed down to just Lance and Jones, per reports. It makes a ton of sense to grab Mac Jones for San Francisco even if Jimmy Garropolo is the starter next year. Jones can sit back and take it all in, and potentially replace Jimmy G if he underperforms or gets injured. There’s also a good chance the 49ers are throwing a ton of smoke and it could be either Lance or Fields as well.

As long as the Falcons don’t trade their pick, Kyle Pitts is the most obvious selection at four. A generational talent that can swing inside or outside to make a big play and open the field for Julio Jones and Calvin Ridley. It could be lethal, as long as Atalanta doesn’t mess it up. This pick could also be the QB of the future, it could depend on whoever is taken by the 49ers at pick three.

Yeah, yeah, yeah … JaMarr Chase to the Bengals right? No! Go get Joe Burrow the top offensive lineman in this draft class and protect your QB of the future. Burrow wants Chase, thats true, but he can’t be necessarily be unhappy with the front office leaning towards protecting him. Tyler Boyd and Tee Higgins will perform for Cincinnati just fine.

The Dolphins want another weapon to add to Tua Tagovailoa’s new and improved offense, and JaMarr Chase is the perfect pick. A big, lengthy, physical, speedster that will be an immediate playmaker, would give Tua a lot more confidence going into next season.

The Detroit Lions really could take any position and it would be an improvement. They are in a deep hole as of now, and selecting Alabama star receiver Jaylen Waddle can at least give QB Jared Goff a weapon to work with following the departure of WRs Kenny Golladay and Marvin Jones.

NFL personnel believe the Carolina Panthers are targeting one of the top offensive lineman, and with Sewell already off the board at five, Rashawn Slater falls into Matt Rhules lap at eight. Carolina just traded Teddy Bridgewater to the Broncos, which shows a bit more confidence in Sam Darnold and their QB situation.

Although Denver acquired Teddy Bridgewater and hold Drew Lock on roster, passing on a top-five QB would be foolish considering the potential Fields and Lance hold in this draft. Again, these rookies do not need to necessarily start their first season to be considered a good player or the future. Just think Patrick Mahomes.

It’s fair to assess the Cowboys as one of the most defensive needy teams currently in the NFL. Ranked in the bottom section for most defensive stats, the Cowboys need to address their defense, specifically their secondary. Caleb Farleys stock has dropped to possibly a day two type talent, so the pick is between Patrick Surtain or Jaycee Horn if they were to go CB.