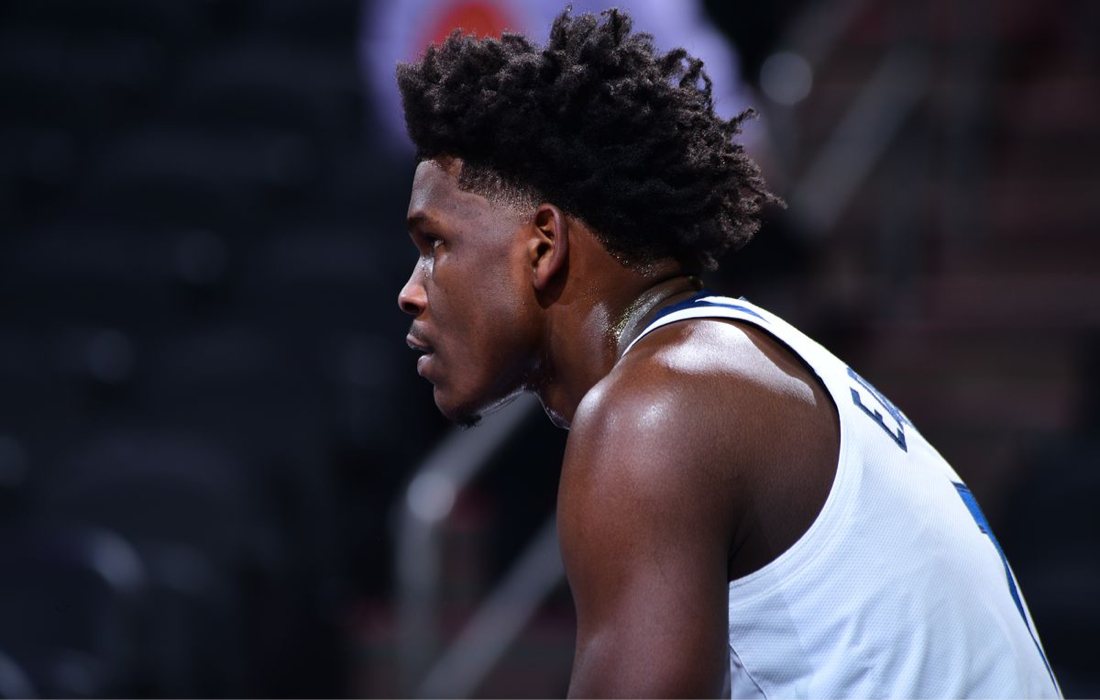 The Raptors have endured injuries from both Kyle Lowry and Fred VanVleet, which opened up an opportunity for Malachi Flynn to show what he has. In Flynn’s last 10 games, he has played a whopping 32 minutes per game averaging 12.4 PPG, 4.1 RPG, 5.6 APG and two steals a night as well. He has shown flashes of being a crafty scorer/playmaker on the offensive end and he especially thrives defensively, despite his small frame. He has a fantastic motor and very good hands. Flynn, like many rookies, needs to improve on his efficiency, as he is shooting 39% in these last 10 games and 34.8% on the season, and consistency but Toronto fans have to be pleased with how he’s played.

Isaac Okoro has had his struggles as a rookie, especially on the offensive end, but he has shown a lot of growth, especially lately. In the month of April, Okoro is averaging 11 PPG, 3.0 RPG, and 1.8 APG on 54.5/45.8/80 splits. Although his efficiency from deep likely won’t last, his shot has shown signs of competence while remaining one of the most promising defensive prospects in the entire class. The more consistent Okoro becomes on the offensive end, especially from three, the more valuable Okoro becomes for the Cavs as he can remain impactful defensively without being hidden on offense.

After missing the majority of January and all of March, Cole Anthony is finally back healthy and it doesn’t seem like he needed much time to get warmed up as he has looked really good sincece returning. He is averaging 12.3 PPG, 5 RPG and 5 APG on 42% from the field, also recently coming off a 19 point game on 50% shooting. Anthony is continuing to show promise as a scorer off the dribble for the Magic, but is also contributing on the glass and making players around him better. For the Magic, they have the opportunity to evaluate two rookie point guards that were premier high school players two years ago. Cole needs to continue this play for him to get consistent minutes going forward.

The Magic needed to wait over a year until they were able to witness their 2019 first round pick Chuma Okeke on an NBA court and he has not disappointed. In his last nine games, he has averaged 11.2 PPG, 5.1 RPG and 3.2 APG. He is a fluid athlete with defensive versatility and a perimeter oriented skillset, he likes to shoot, put it on the dribble, and he passes very well for a power forward. He does need to improve his consistency as a shooter, as he has only shot 21.2% from deep this month, but a very encouraging stretch he is on.

Immanuel Quickley started out the season with a ton of hype and impressive production, and he has still exceeded expectations, but he hasn’t been quite as big of a contributor since the start. Quickley has averaged only 7.2 PPG and 1.1 APG on 37.2%. He has had occasional explosive nights where he drops over 20 points, which makes him exciting long-term, but his efficiency has been on a downward spiral ever since the All-Star break, which contributes to why he isn’t playing as many minutes. Quickley needs to improve his efficiency soon before his role gets smaller and smaller.

James Wiseman unfortunately is going to miss the rest of the season with an achilles tear, which is a super unfortunate blow for the rookie who was beginning to get a little more comfortable the last few games before injury. There are many things he needs to work on this offseason; including rebounding, defensive awareness (especially pick and roll), hand-eye coordination, and his shooting, but Wiseman was a project from the beginning that needed a lot of development before he can maximize his special long-term talent. Report has it Wiseman plans on training with Kevin Garnett this summer. I love how he is getting out of his way to work with bigs that have been there and done that and thrived at things Wiseman needs work on, it is clear Wiseman gets it. Warriors fans should be excited about the leaps he could take in the upcoming years because he has the maturity and awareness to make it happen.

Ever since Nikola Vucevic got traded to the Bulls, Patrick Williams has only averaged 8.1 PPG on only 6.6 shots a night, and Williams has really struggled to find a consistent offensive role. That being said, his defense has remained beyond impressive and has continued to show great flashes on the offensive end of the floor, especially when he is able to create from the mid range. Chicago and Williams both need to figure out how he can be more involved on the offensive end because his raw talent deserves more than 6.6 shots a night when he is granted a starting spot.

Many don’t realize it, but Jaden McDaniels is the best defensive rookie in the class at this moment. He has legitimate size and length, alongside lateral quickness and instincts that give him the ability to guard five positions. Even though he is still raw offensively, he is making strides there as well, as he is averaging 9.1 PPG on 41.6% from deep playing off of three high volume scorers in Karl-Anthony Towns, Anthony Edwards, and D’Angelo Russell. The talent is certainly undeniable, and if he can tighten his handle and get stronger, McDaniels is in the Patrick Williams and James Wiseman tier of upside.

As of late, there may not be a player that has been as pleasantly surprising as Isaiah Stewart. Since starting, Stewart is averaging 13.8 PPG, 11.5 RPG and 2 BPG. In his last four games, he is averaging 16 PPG and 13.3 RPG. Even though he is only 6’8″, he has an absolute ox of a body that compliments his fantastic motor which makes him the best rebounding rookie in the draft by a strong margin, helps him finish around the rim, and it also helps him be an anchor in the paint that can guard in the post and protect the rim. Not to mention, Stewart has shown signs of having a promising jumpshot. If Stewart keeps up this production, he has a real shot to make First-Team All-Rookie.

The fact Detroit has two rookies in the top seven on these rankings, both not being taken in the lottery, says a lot about how well they drafted. Killian Hayes, who hasn’t made this list yet, has also began to look very promising lately so there is a great chance he makes this list. Some viewed Bey as a strict 3 and D wing, but he has began to show flashes as a scorer. He has averaged 14.4 PPG in his last 10 while showing a little more substance as a scorer and playmaker to go along with his sharp shooting ability. He is also a very strong defender, which may be his most consistent skillset outside of his shooting. I loved Saddiq Bey coming in the draft, and Detroit has to be thrilled to have him on the roster.

Desmond Bane has to be the most efficient scoring wing in the draft this year. He may be only averaging 10, but he has shot an astounding 47.6/46/82.5 splits. His already top notch shooting has quickly made Bane one of the most valuable rotational pieces on the Grizzlies roster. He isn’t a player you should look at to create his own on offense, but as a cutter and elite shooter, he is really effective. Not to mention, he is really stout defensively. There hasn’t been one rookie as consistent as Bane, making him worthy of being top five on this list.

Tyrese Haliburton has had a top three overall rookie season, but he appears to be hitting sort of a rookie wall at the moment. In the month of April, he is averaging 9.7 PPG, 1.9 RPG and 5 APG on 32.3% from three. What has made Haliburton so sensational this year is how he has been ridiculously efficient while improving his volume, however this month hasn’t aligned with that reputation. That being said, Tyrese Haliburton is still a fantastic rookie and I have very little worries about him not coming back to form, as this is almost certainly just a rookie wall.

Even as the Rockets continue to struggle and battle for the first pick in the 2021 NBA draft, Ja’Sean Tate has continued to improve. In his last 10 games, he is averaging 13.6 PPG, 5.6 RPG and 3.5 APG on 56.7%. Out of all rookies, Tate is probably the best defender not named Jaden McDaniels. He is super strong and lengthy, has a great motor and is very versatile on that end, like McDaniels. He is a very underrated passer who almost always makes the proper read, plus he is the best finisher out of all rookies. Tate is 25 already, which makes his ceiling much lower than many players behind him, but a very good player nonetheless.

Anthony Edwards is continuing to justify why he was the first pick this year by putting up incredible numbers and making while igniting the media in the process, whether it is because of a jaw dropping play, or making comical and innocent comments to the media about not knowing Alex Rodriguez, who recently bought the Timberwolves. It is becoming very clear Edwards is the most talented scorer in this class, as he is averaging 23.4 PPG since Chris Finch became the head coach and 22 PPG on 47% this month as a 19 year old. He has a lot of work on the defensive end of the floor but until the recent Clippers game, he had the most most consecutive games in the league with a steal, as he made it to 24 straight games with one steal, which shows his improvement on reading passing lanes on the defensive end. Paul George also made a comment about Anthony Edwards saying, “He’s elite… I see star, possibly superstar.” The Anthony Edwards star is shining brighter and the league its taking notice.

Many other outlets that speak of Ball don’t have him first right now because he has only played 41 games, however I personally am not going to have that impact my ranking because that is enough sample size for me to know he is incredibly gifted. There also hasn’t been a rookie, even Anthony Edwards, that has done enough for me to take him out of the top spot. Adrian Wojnorowski recently reported that Lamelo Ball’s injury us healed and couple be back on the court as soon as seven days. This is great news for Hornets fans and NBA fans in general, of course. If Lamelo Ball returns and plays at a really high level, helping the Hornets secure a playoff spot, Lamelo Ball needs to be the Rookie of the Year, even if the plays less than 55 games, in my opinion.