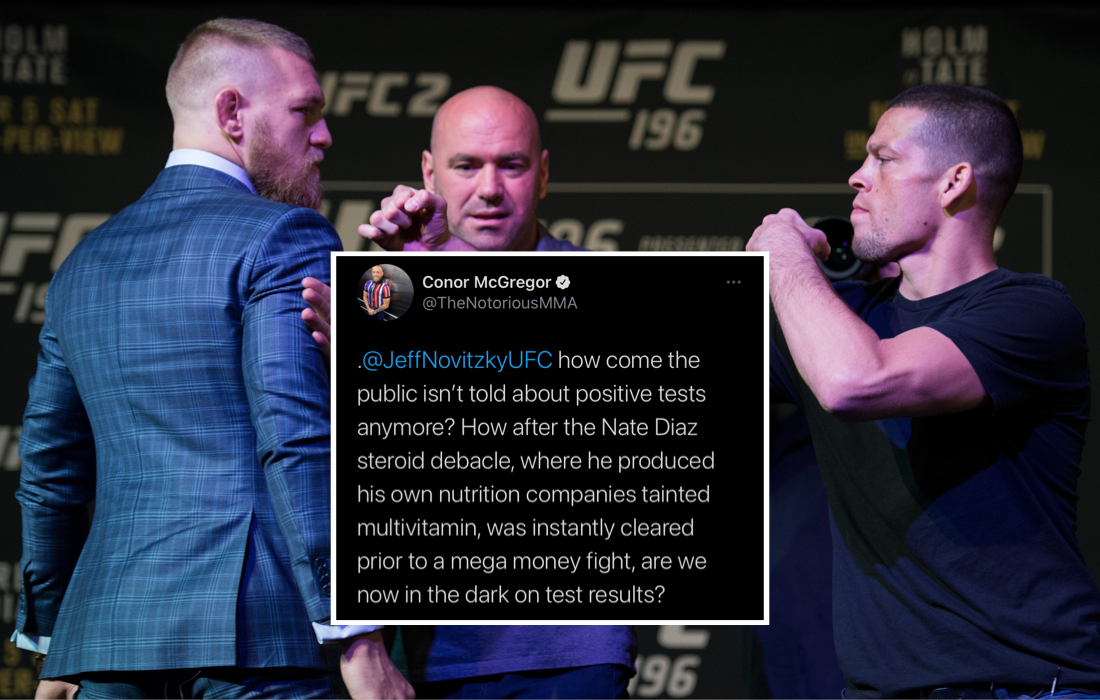 The Nate Diaz and Conor McGregor rivalry has brought two of the most exciting fights in UFC history with them splitting the pair of match ups. With both of these fighters being in the news, it’s about time we saw them beefing with each other once again.

The USADA has been very interesting when it comes to big fighters and steroid allegations especially with the Nate Diaz debacle before UFC 244 where he tested positive for a banned substance but for some reason was almost immediately cleared of wrong doing. Almost immediately Nate Diaz had his own joking response for the strange Conor callout showing his Rear Naked Choke win in there first fight.

With the callout from Diaz, Conor used the opportunity to insult Nate while also advertising his workout brand and showing a picture of Nate’s bloody face during the second duel at UFC 202.

With a final tweet from Nate that once again makes little to no sense this extremely odd interaction comes to a non-fulfilling end.

This all started in light of Conor calling out the USADA VP due to him being tested twice in the last week and being frustrated how nothing is made public anymore. Overall it was a strange interaction that made almost no sense but it’s very fun to see these two going at it again.

With Nate being back in the game it could very well be possible we could see an epic trilogy between the two to conclude the beef and bring an ending to the rivalry.