Keys To Victory for Jake Paul: Can he take out Ben Askren? 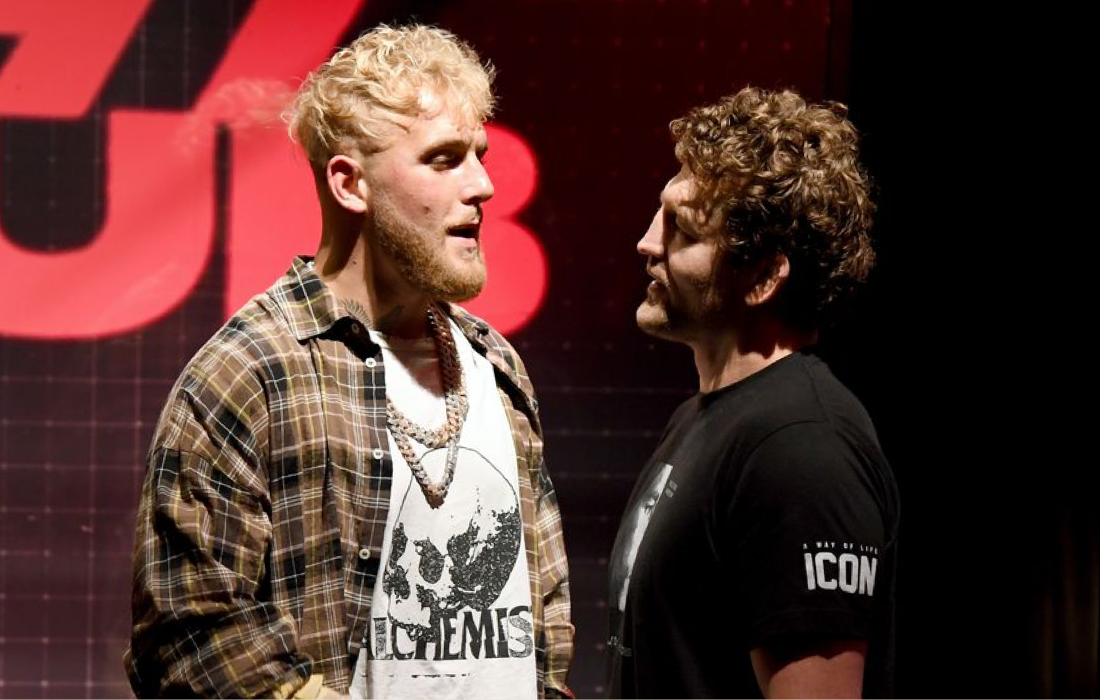 What does Jake Paul have to do to defeat Ben Askren in a boxing match? 3 Keys:

April 17th, Jake Paul (2-0)* looks to keep his perfect record alive against a legitimate fighter this time around in the form of Ben Askren (19-2 1NC). With Paul’s first two wins coming against less than stiff opposition, a youtuber and retired NBA player, how does he look to defeat Askren?

Everyone who has watched Ben Askren’s striking from Bellator, ONE, and UFC knows how basic it is. Ben Askren is your typical head down, zombie walk forward-pressure striker who relies more on his striking to get him in grappling range, not to cause damage. Askren is very sloppy with his strikes and eats a lot of shots when he is unable to clinch up and wrestle. Being that this is a boxing match, Jake Paul’s game plan should involve a heavy pace and volume striking. Askren is not known for counterpunching or a tight guard, so Paul would be keen to test Askren’s defense early.

It is easy for newer, inexperienced fighters to get caught up throwing power-shots to the head and gassing early. THIS IS AN 8 ROUND FIGHT. Head-body-head combinations will pay dividends as these two reach the later rounds. Askren already keeps his hands dangerously low, attacking the body will prompt him to drop his hands lower setting up easy power-shots to the head. It is critical for Jake Paul to work the body in the first three rounds minimum. His chances of winning go up significantly if he does.

This might seem like the oddest key to victory, but I believe it is the most important. Jake Paul, you are fighting Ben Askren. No, no. Jake Paul, you are fighting 19 wins 2 loses, former Bellator Welterweight Champion, former ONE Welterweight Champion, Ben Askren. The man is a professional fighter who has fought and won against competition at the highest level. He comes from a gym, Roufusport, where the head trainer is a famed striking coach. He has connections to Evolve MMA, where some of the most legendary strikers spanning multiple disciplines reside. Ben Askren is no joke and should not be looked at as “the guy that got kneed”. Take the fight serious because Ben Askren’s pride is on the line.