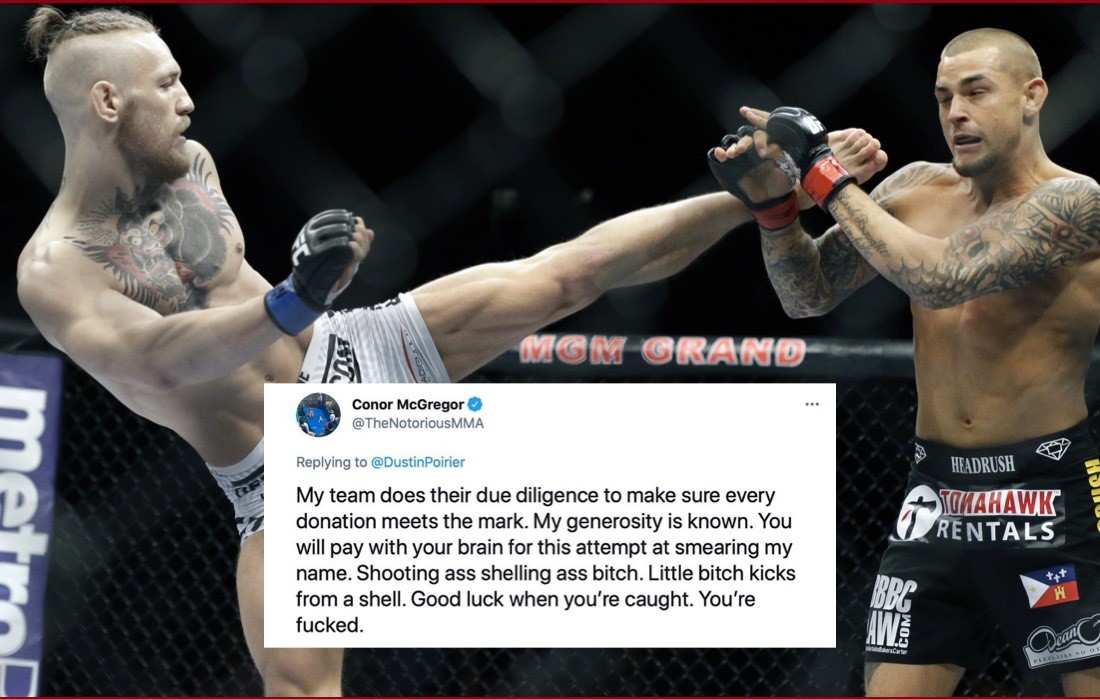 The Conor McGregor vs Dustin Poirier trilogy is one of the most exciting and hyped up trilogies in recent memory, with two lightweight gods with clear respect for each other. If you know anything about MMA you will know that Conor is one of the biggest personalities the sport has ever seen, and for the second fight between the two you never really saw that come up between them. In fact both of them pledged donations to each others charities with Conor even promising it after getting KO’d back in January.

Dustin Poirier’s non-profit, otherwise known as “The Good Fight Foundation”, is basically a charity that is dedicated to helping underserved communities in his home state of Louisiana. They help with poverty, health care, and environmental disasters. After the main event at UFC 257 between Poirier and McGregor, Conor had pledged to donate 500K to The Good Fight foundation. Sunday Conor had tweeted out his prediction of how he would win the trilogy fight at UFC 264 in July. Dustin of course didn’t like that and had a response of his own tweeting out yesterday, “That’s a fun prediction! @TheNotoriousMMA you also predicted a donation to my foundation and you and your team stopped responding after the fight in January. See you soon. July 10th Paid In Full!”. Revealing that Conor supposedly never followed through on his promise definitely brings a lot more drama into the already hyped up trilogy fight.

They would go onto have a few more words between each other on twitter leading up to Conor tweeting earlier this morning, “You’re ripped you inbred hillbilly. Why do you wink with your ears? You f*cking brain dead hillbilly. 500k with no plan in place. Ye hang tight. Fool. You must be new to money. The fight is off btw. I’m going to fight someone else on the 10th. Good luck on your old contract kid.” Dustin had a simple response to that, posting a video of him KO’ing Conor in slow-mo with the caption, “Ok”.

No one knows if the fight is actually off or not, but multiple fighters have stepped up to the plate including Michael Chandler, who is fighting for the Lightweight belt at UFC 262 saying he’d be willing to fight May 15th and July 10th. Kevin Lee would also tweet “Lemme fit in this bih @TheNotoriousMMA@danawhite I can be ready July 10″.

It’ll be interesting to see if this fight ends up happening, or if both of them get a new opponent. It’s also worthy to note especially with Conor that it’s looking like Leon Edwards vs Nate Diaz won’t be happening. Could we get a different trilogy at UFC 264? Who knows.