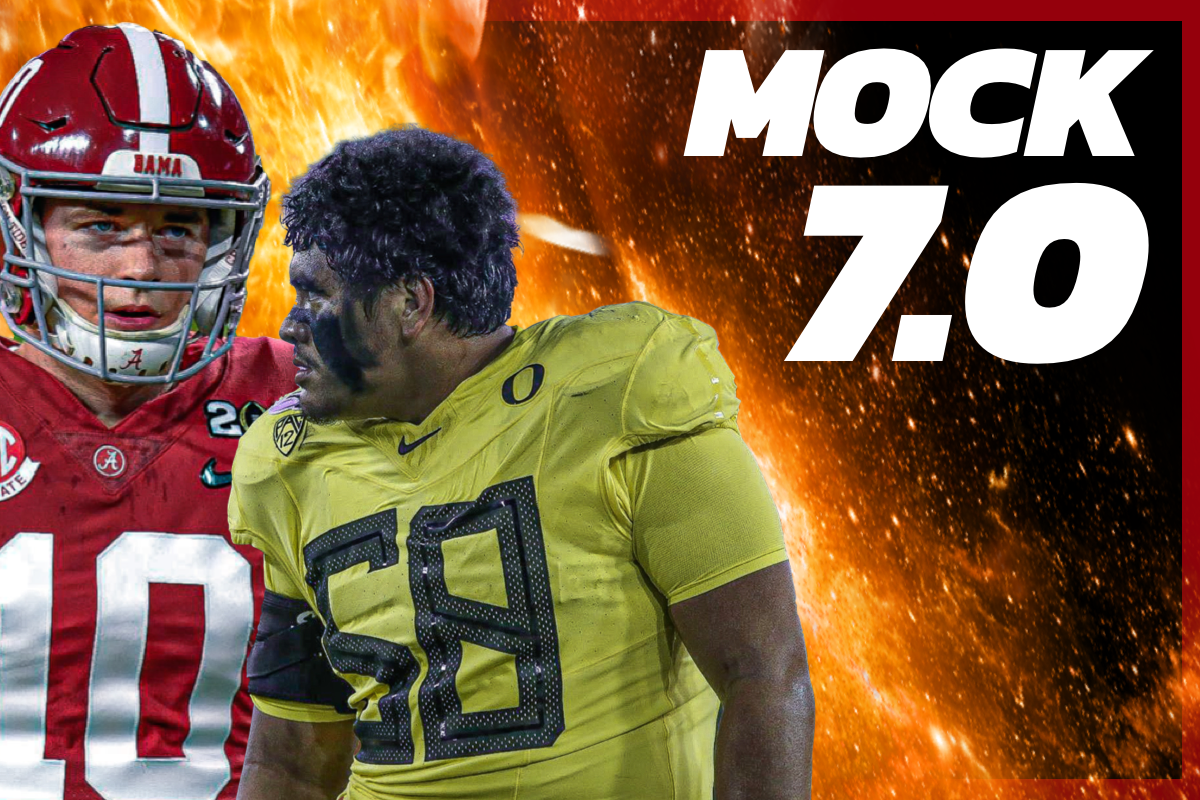 The NFL Draft scene is being set and future stars of the league await their new team as their NFL dream finally becomes true this month.

Draft hype is real and it has taken over in the QB-department as the top-five QBs according to most, all have great potential in the experts eyes.

Since our last mock draft, there have been trades including the Eagles, 49ers, and Dolphins which changed the draft order significantly.

The Urban Meyer era is starting at just the right time where the Jaguars had one of the leagues highest available cap spaces along with the 1st-overall selection in this years NFL draft. It comes to no surprise that Jacksonville takes the top available QB in Trevor Lawrence to finally begin their path away from mediocrity.

The hype around Wilson was instantly boosted after his athleticism and big arm was on display during his BYU pro day. Reports surfaced that the Jets have “fallen in love” with Wilson and it seems they want to eventually move on from Sam Darnold whether that is this offseason, during next season or beyond. Wilson can succeed in New York, especially after the huge culture change within the locker room and the coaching staff. Although Wilson may not be considered the second best QB to some experts, there’s no doubt the talent is there to be successful in the modern day NFL.

The San Francisco 49ers did not make this trade giving up future assets for a receiver or a tackle. This pick is 100% for the QB of the future and Jimmy Garappolo is shaking in his boots as his price tag was just thrown out by the media the other day being a minimum of a 1st-rounder. The 49ers seem like they want to keep Garrapolo for the immediate-future, but have him groom and eventually be replaced by the selection, much like Alex Smith did with Patrick Mahomes. Justin Fields is the perfect selection for the 49ers if they want to win in the near future. Fields has played in the big games, he’s beaten the best college programs, and he has shown his toughness and grit to play the game. There’s no doubt Fields can be successful in San Francisco as long as his health stay on the positive side.

The Atlanta Falcons have decided to commit to QB Matt Ryan and WR Julio Jones for the 2021 season and they will need to maximize their talents moving forward if they want to feel like they’re not just throwing away millions of dollars. Kyle Pitts is perfect to move Matt Ryan in a positive direction and help the Falcons offense get back to essentially having their offensive unit bail out their defensive unit. Arthur Smith will love the idea of Matt Ryan, Julio Jones, Calvin Ridley, and Kyle Pitts. Lethal.

There has been a lot of rumors around Joe Burrow wanting his former LSU teammate JaMarr Chase who’s the unanimous top WR prospect, but the Bengals have to protect Burrow before they surround him with all the weapons possible. Tyler Boyd and Tee Higgins are both on roster and are perfectly capable of opening the field and performing for Burrow. Joe Burrow won’t be throwing to any receivers if he’s on the ground after a sack or hurt like last season.

The Dolphins made some moves to move back in the draft and acquire some more assets while doing it. The Dolphins signed Will Fuller and already have Devante Parker, but adding Chase can really maximize Tua Tagovailoa and his growth next season. Fuller is also only on a 1-year deal so Miami has to figure out the receiving plan for the present and future.

The Detroit Lions had arguably the worst NFL offseason after losing stars in Matt Stafford, Kenny Golladay, and Marvin Jones. The entire offense will look different and obviously the new coaching staff has a lot to do with that. With no real top receiver the Lions have to grab a bigger guy like Jaylen Waddle to be their potential top guy for Jared Goff.

Teddy Bridgewater is not the future for Carolina as most expected and this is the draft Carolina has to hit big on a QB, and that’s why they take Trey Lance. Lance has everything a modern day QB needs to succeed outside of playing elite competition. Lance is athletic, strong, and smart but has to take his play up a couple of notches to really help Carolina compete. The Panthers could lean towards Mac Jones with this pick, but Lance would fit a lot better in Carolina.

With the Denver front office openly not committing to QB Drew Lock, there’s no doubt the Broncos will jump on a top-five QB if available at 9th overall. They have other needs in a tough division, but the QB position will always matter more than the others.

The Cowboys biggest problem last year was their defense but specifically their secondary. Adding any of the top three corners is an upgrade and the Cowboys should continue to add to their defense for DC Dan Quinn through the rest of the draft.