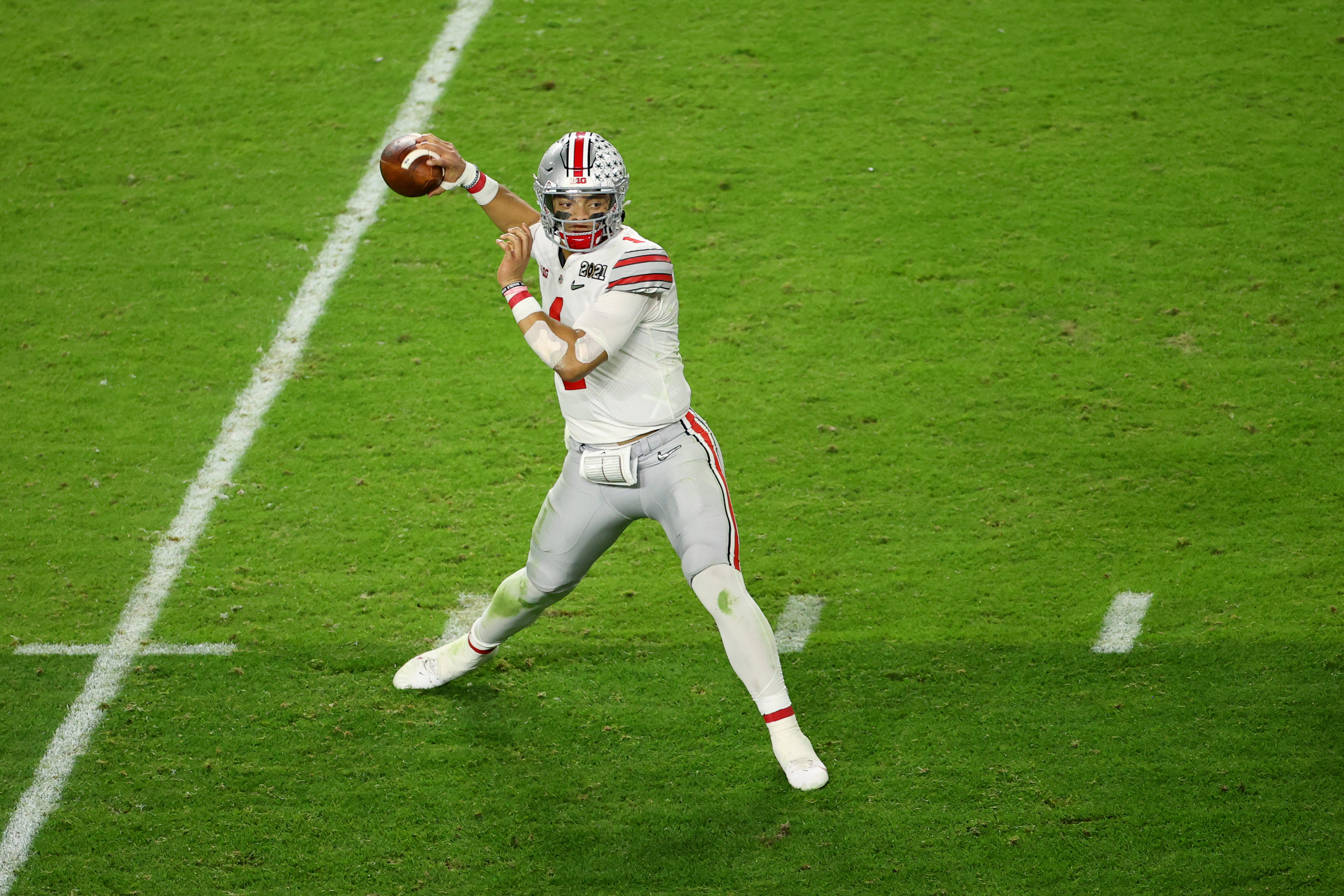 The NFL Draft is a little over a month away, but teams have been preparing for this upcoming draft since the start of last season.

The draft is one of the best ways to open the Super Bowl window for teams because it creates cap-friendly contracts with rookie deals. With that being said, it opens more room cap-wise in order to bring in big-name free agents and help a championship push.

The Jacksonville Jaguars own the first selection in the 2021 draft, and everyone seems to agree on a lock with the pick and ideally select Trevor Lawrence. After that, there’s really no saying what will happen.

The Patriots did re-sign QB Cam Newton meaning they could look to add to the offense at 15 instead of taking Mac Jones or Trey Lance if available.

There’s really no doubt in any draft expert’s mind that the Jaguars will be taking Trevor Lawrence this draft. It’s an easy and obvious pick to immediately jump-start their rebuild, they just need to keep adding pieces around him to start the engine.

Sam Darnold is still a member of the New York Jets, but most predict his time there has come to an end and it is just a matter of who he will play for next. Zach Wilson makes the most sense for New York as the second-best quarterback in this draft class, and they can restart with their new coach Robert Saleh and new QB Zach Wilson.

Most want the Dolphins to grab one of the top receivers with their theirs overall selection but it doesn’t make much sense when there are bigger needs to fill. Penei Sewell will instantly shape up the Dolphin’s offensive line, and Miami can always grab a talented receiver with their second 1st-round pick.

Instead of selecting a QB with their 4th overall pick, Atlanta should go all in on maximizing Matt Ryan and Julio Jones contracts. There should be no reason to hold onto the aging stars if you don’t want to win now, so add Kyle Pitts to an already explosive offense, and you could find yourself in a wildcard matchup.

If Penei Sewell were to fall to Cincinnati, it would be a lock at 5, but in this mock he is unavailable. The only receiver that seems to be valuable for the Bengals is Tee Higgins, but both AJ Green and John Ross are set to hit free agency as URFA’s. Adding a receiver for Joe Burrow would be nice, but this would be only if Cincinnati can secure some top-tier offensive linemen in free agency.

This is a pretty easy pick for the Eagles if he is available. JaMarr Chase has the best potential in the draft among the receivers and could be Philadelphia’s top guy for years to come. The Eagles have a lot to fix defensively as well, but grabbing the top available receiver is a no-brainer.

Some scouts believe Micah Parsons could fall in the draft due to some prior history from his past, but that hasn’t stopped most prospects from still getting drafted in the first round. Parsons is the top linebacker in the draft and Detroit would heavily benefit from his talents.

Carolina would honestly be lucky to land any of the top five QBs, as there are a ton of rumors about some teams wanting to trade up for certain players. In this case, Carolina stumbles upon a QB who beat Trevor Lawrence to send his team to the National Championship game. The Panthers have the most interest in Deshaun Watson, but the Texans remain stout on keeping him, so drafting the next available QB is the best option for Carolina.

Denver is another team that would be lucky to land a QB with their first selection, and they are more than open to moving on from quarterback, Drew Lock, or at least just using him as their backup. Trey Lance is the perfect big-arm quarterback that Denver will need to compete with Patrick Mahomes and the AFC West. It always starts with a QB, which Denver hasn’t had in awhile.

The Cowboys need to go defense-heavy drafting this year if they want to begin to dominate the NFC East as planned. The offense is pretty much set after selecting CeeDee Lamb last draft and re-signing Dak Prescott to a long-term deal. Surtain seems to be everyone’s favorite CB this draft, but Dallas could lean towards Caleb Farley. Either way, Dallas needs to address the secondary need.