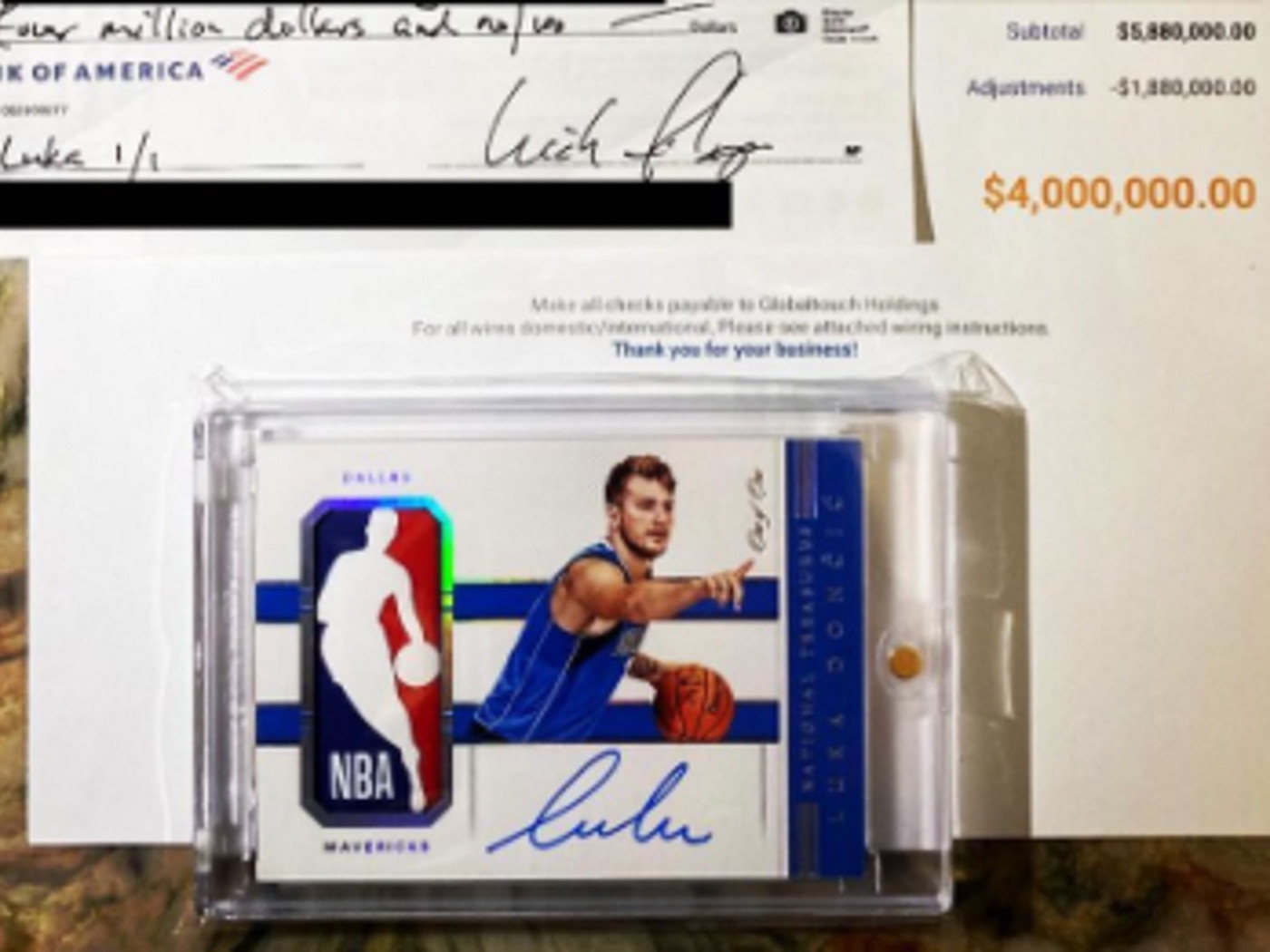 Collecting cards has grown around the world for the last couple of decades, but it has grown so much that it is now a full-time job to go grab a pack of cards and have the rush of potentially finding a valuable card.

This last weekend, a record-breaking sale involving a 2018-19 Luka Doncic card became the most expensive sports card in the history of all cards collecting.

The final price ended at an astounding $4.6 million. The card was a 2018-19 National Treasures Luka Doncic rookie card Auto Logoman 1/1, which is a crazy pull, resulting in a $4 million catch.

To elaborate, a card carries more value with the more it comes with. The card is from a National Treasure pack which is a premium set for all collectors. It also happens to be a signed rookie card (ROOKIE-CARD-AUTO) which is the basic start for a valuable card.

The Logoman refers to the jersey patch embedded into the card making it even more rare (LOGOMAN). To top it off, 1/1 seals the cards dominance showing it is the only card of its creation.

Luka Dončić has been an amazing talent since entering the NBA and his value has risen even more with this card being sold at this record amount.

Dončić has been great with the Dallas Mavericks so far nodding a career average of 25.4 points, 8.5 rebounds, and 7.6 assists making him one of the more elite players in the NBA.

Dončić will be heading to his second All-Star weekend in two seasons and is competing for the MVP title along with a playoff push in Dallas.

Luka Dončić will continue to show why his value made this card collector a rich man and why he is considered one of the best.