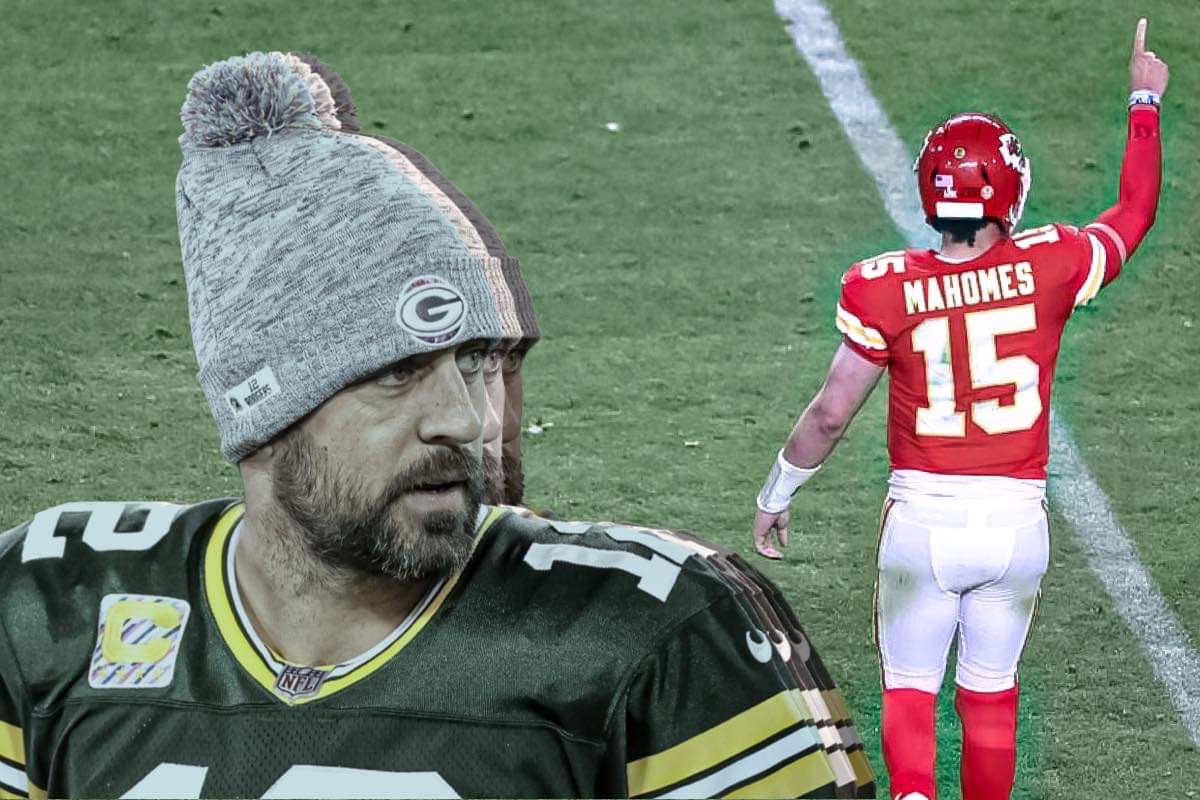 After the worst performance in Patrick Mahomes career this Sunday against the Miami Dolphins, the race for the 2020 MVP has just got alot tighter. Aaron Rodgers has been swiping for the lead all year and just may be in the driver’s seat as of now.

Both quarterbacks have their own resumes and even a single game can make the difference. Some people argued that Rodgers week 6 blowout loss against the Buccaneers was enough to end his case.

At the time, Russell Wilson was leading the Seahawks to a perfect 6-0 while out in the AFC Mahomes was on his own standards, posting a quiet yet dominant 5-1 record, where as Rodgers had fell to just 4-1.

Since that mark the Packers have posted a 6-2 record, and now have the best record in the NFC. Wilson and the Seahawks have posted a dismal 4-4 record and are now behind the Rams for the NFC West division lead, all but eliminating Wilson from contention despite high hopes during the preseason.

Mahomes and the Chiefs have gone perfect since that point hoisting a 12-1 record.

The MVP recognized the player most valuable to their team and at eye’s glance, it seems like a lock that the face of the NFL is going to win the leagues most coveted individual accolade given his stats and team record. Mahomes has recorded 33 touchdowns to 5 interceptions, 4208 yards and a 112.3 passer rating.

There is no question it should be Mahomes?

Unfortunately this is not the case. While the record is beyond impressive it is worth nothing that Mahomes has a cast like no other. He has 3 all-pro receivers in Travis Kelce, Tyreek Hill and Mecole Hardman. The Chiefs secondary is 8th in the league in points allowed per game.

There is no denying that Mahomes takes this squad to the next level, but if you substitute a league average quarterback in place of him, this team is still a playoff team. Even without him, the Chiefs are a playoff team especially considering the expanded format.

I tip my hat to Kansas City for creating such a dominant roster which looks poised to reign for years to come. However, with context of the quality team in respect to the impact of Mahomes, there is no doubt he has the best supporting cast in the league.

Taking a shift to examine Aaron Rodgers case. The 2-time NFL MVP has arguably a better case than the young gun in Kansas. Rodgers has compiled 39 touchdowns to 4 interceptions, 3685 yards and a passer rating of 119.7.

Rodgers, the all time passer rating leader had seen dip of his record setting career average over recent years but is on pace to raise it a couple points to solidify his record over Russell Wilson who was climbing the ranks.

It is no question that Rodgers has the top receiver in the game in Davante Adams. When healthy, Adams and Rodgers are the best duo in the league. The only issue in that statement being healthy, as Adams has missed 2 games already and his durability has limited his action.

Outside of Adams, Rodgers has a strong core in Valdez-Scaling and Aaron Jones as a back, but it is no where near the cast that Mahomes has.

Looking at their stats, Mahomes has led his team to 2 more wins than Rodgers while having a 500+ lead in yardage. Outside of those 2 things, Rodgers leads in touchdowns, interception %, passer rating and completion %.

Each stat can be twisted to argue who is better however it can be plainly stated that while yards are good, touchdowns are what brings the points. Along with this, Mahomes who has thrown less TD’s, has tossed more interceptions, with a high of 3 in their week 14 game against Miami.

Rodgers has simply been a more efficient quarterback than Mahomes. The wins difference is crucial but given Mahomes cast, it is evident as to why the disparity is so noticeable.

Even though Mahomes has played worse football, which is a gross mischaracterization as he is playing at an elite level, he has compiled more wins simply due to the quality of his team.

In other words his impact on his team which is absurdly high, is less than Rodgers as the Chiefs supporting cast is able to cover for Mahomes off games. Rodgers on the other hand needs to play at his historic pace to be able to keep these Packers afloat.

Simply put, Rodgers in my eyes is more valuable. Since both teams are 1st in their conference, the win column difference is not enough to dissuade me from picking Rodgers given his stats impact.

In a race this tight there is no wrong answer. You can argue that Mahomes is the choice and you wouldn’t be wrong. In regards to the ever so important narrative to the media, the battle of the old and new guard is blistering. A potential superbowl matchup could be on the way.

I’m sure that whoever loses the award will be just as motivated to push their team to the 2020 superbowl and if these 2 were to matchup, it would be one for the ages.

Theres still 3 weeks to go to decide the award however it is close as ever. With Rodgers showing he’s still got it and Mahomes trying to cement his legacy as an NFL legend, there will be some good football to watch in the coming weeks.