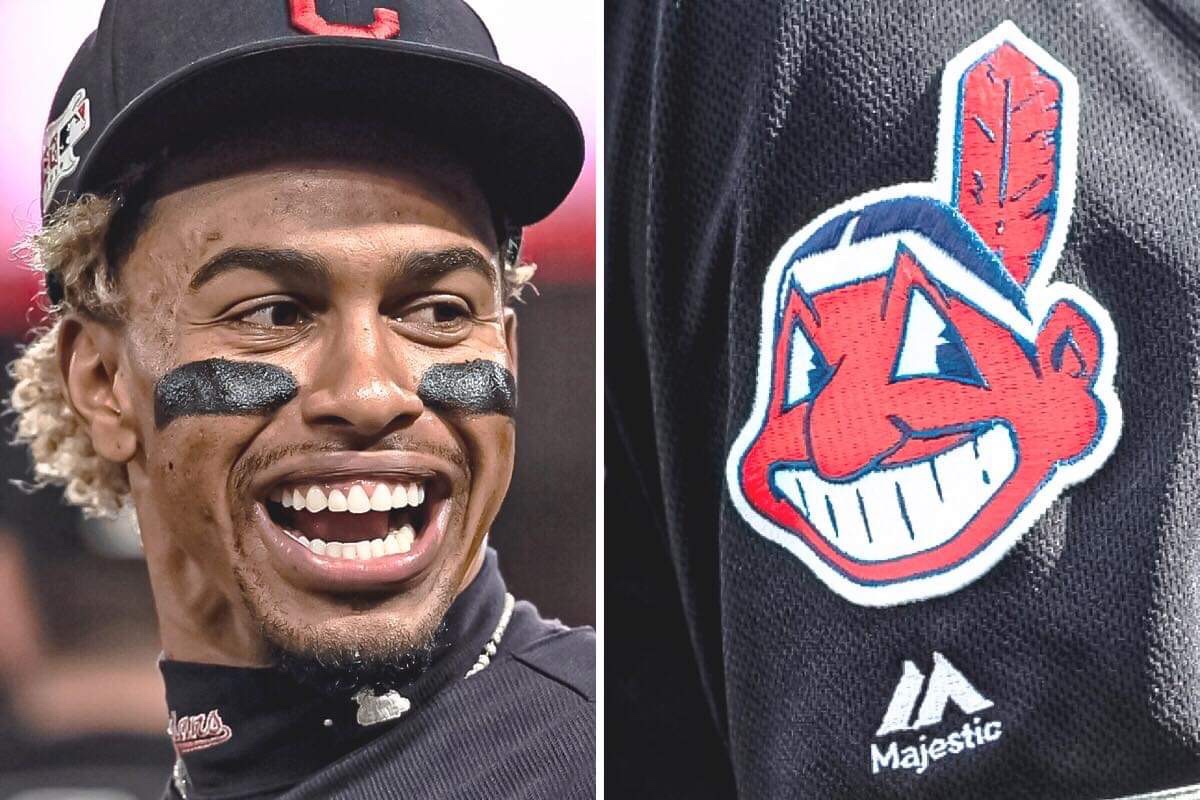 After months of speculation, the Cleveland Indians have finally announced that the name of their team will be undergoing a change. It seemed predictable that this was going to happen, especially with Washington’s NFL team dropping the “Redskins” part of their name due to the backlash of many Native American support groups and activists taking up issues with the name. While there are currently no confirmations as to what the new name will be, however regardless of the new name, the legacy the Indians’ name leaves is one that will also live in infamy.

Baseball is Introduced to Cleveland

Baseball was first introduced and played actively in Cleveland in 1857. Many teams have represented the city since then, but the current franchise dates back to 1897 when the Cleveland Lake Shores were established. In 1901, the team was then renamed to be the Cleveland Bluebirds, also known as the “Blues” due to the players not liking the name. The first true star player to arrive in Cleveland was Napolean “Nap” Lajoie and due to his popularity, the team was renamed yet again, this time to the Cleveland Naps. The Naps experienced many ups and downs, however time, and time again, they ended up falling short in the playoff races or finished towards the bottom of the American League, giving them the nickname of the Cleveland Napkins. Some of the big names that came and played for the Naps included Cy Young and “Shoeless” Joe Jackson. In 1915, Lajoie was 40 years old and found himself declining in his hitting and at odds with the team manager. He was sold to the Athletics but with Nap himself off of the team, Cleveland needed a new team name.

Birth and Success of the Indians

The team would be renamed the Cleveland Indians. Indians was a nickname that the Cleveland Spiders, an old team from 1887-1899 received due to having a Native American player named Louis Sockalexis for their final three seasons of existence. Indians would now be the official name of the team, and just five years later in 1920, the Indians would win their first World Series title in franchise history. For the next couple of years, the Indians would be unable to compete as strongly as they did, partly because of the Yankees creating their first dynasty led by Babe Ruth. The team got a boost when in 1937, they signed a 17-year-old pitcher named Bob Feller. Feller became an instant superstar, as he led all of Major League Baseball in strikeouts from 1938-1941 and was the ace of the team, even winning the pitching triple crown in 1940. He still to this day holds the franchise records in wins and strikeouts and was elected to the MLB Hall of Fame. It wouldn’t be until 1948 when the Indians would become a relevant presence in the baseball landscape.

In need of better players, the Indians signed two Negro League stars and future Hall-of-Famers, Larry Doby and Satchel Paige. Both were met with a lot of controversy as the concept of Negro League players competing in the MLB was a very new concept at the time with Jackie Robinson having been in the MLB for only a few weeks by that point. Many players had the best seasons of their careers in 1948 and the Indians would end up winning their second-ever World Series title over the Boston Braves 4-2. Indians’ hitter Lou Boudreau was also named the 1948 American League MVP.

The Years of Mediocrity

The 1950s were mostly unkind to the Indians as the team faced mediocrity despite having 1953 AL MVP Al Rosen. In 1954 the team achieved a franchise-best 111 wins, however, they ended up getting swept by the New York Giants in the World Series. The late ’50s early, 60’s, and ’70s saw the Indians trade away future superstar players, including Roger Maris, Norm Cash, Minnie Minoso, Dennis Eckersley, Graig Nettles, Buddy Bell, Chris Chambliss, and Gaylord Perry. The best way for the Indians’ years to be summarized is with the time the team held a promotion for “Ten Cent Beer Night” which ended with fans rioting on the field. In 1989, the struggles of the Indians was the center of the film “Major League”, however in the film, the Indians were able to win the World Series and go from worst to first.

The Indians would make the World Series in 1995, led by superstar talent all across the diamond featuring names such as Omar Vizquel, Albert Belle, Jim Thome, Manny Ramírez, and Kenny Lofton. The Indians however, would lose in 6 games to the Atlanta Braves. They were back in 1997 and were one inning away from winning game 7. Leading 2-1 against the Florida Marlins in the bottom of the ninth inning, closer Jose Mesa allowed the Marlins to tie the game. The Marlins would win in the 11th inning and win the World Series. 1998-2001 saw the Indians make the postseason consistently, but fail to make much noise. The biggest thing the Indians did was in 2001 when they rallied to come back from a 14-2 deficit to beat the Seattle Mariners 15-14, which is still currently the largest comeback in MLB history. The Indians however, would fall to the Mariners in the ALDS. The rest of the 2000s saw more mediocrity

The Indians wouldn’t make the postseason again until 2013 after the team made major acquisitions the year prior, acquiring big names in Nick Swisher, Michael Bourn, Matt Albers, Bryan Shaw, Yan Gomes, Jason Giambi, Scott Kazmir, and a top pitching prospect by the name of Trevor Bauer. The Indians would lose to the Tampa Bay Rays in the 2013 wild card game. The Indians saw the increasing emergence of their homegrown talent with hitters like Michael Brantly, Jose Ramirez, Carlos Santana, and Francisco Lindor. What helped make Cleveland stand out was their dominant starting pitching rotation, featuring names such as Corey Kluber, Carlos Carrasco, Mike Clevinger, and the aforementioned Trevor Bauer. In 2016, the Indians were back in the postseason and made it back to the World Series after sweeping the Red Sox in the ALDS and finishing off the Toronto Blue Jays in the ALCS in 5 games.

The Indians Today and the 3-1 Series Lead

The 2016 World Series will forever be remembered at the Indians’ expense. While the Indians were trying to end a 68 year-long championship drought, their opponent was the Chicago Cubs, who were trying to end a 108-year long drought. After the first 4 games, the Indians held a 3-1 series lead, which they would end up blowing and losing in 7 games to the Cubs, even after Rajai Davis gave the team hope with a game-tying 2 run home run in the 8th inning of game 7, which the Cubs would win in 10 innings.

The 2017 Indians were one of the best teams in baseball and were the best team in the American League. They even set a new major league record with a 22 game win streak. That being said, the Indians would get reverse swept by the wild card New York Yankees 3-2, in the ALDS, which included an epic game 2 come back led by a towering grand slam off the bat of Francisco Lindor. In 2018, the Indians won the AL Central division mainly by the default of being the only team in the division to have a record of over .500, and they were swept by the juggernaut Houston Astros. Cleveland had an up and down 2019, being eliminated from playoff contention in the final weekend of play, and in 2020 they finished 2nd in the highly contested AL Central but were swept by the New York Yankees in the wild card round.

That leads everything to today, with the Indians having failed to win the World Series in 72 years (the longest active streak in baseball), and the current ownership group (the Dolan family) is unwilling to spend much money causing many star players to either be traded away or left to walk in free agency. Changing the name of the team seems like the best course of action with how today’s society has evolved but even though they will no longer be called the Indians, the name will always live on in infamy in both Cleveland sports and baseball history.