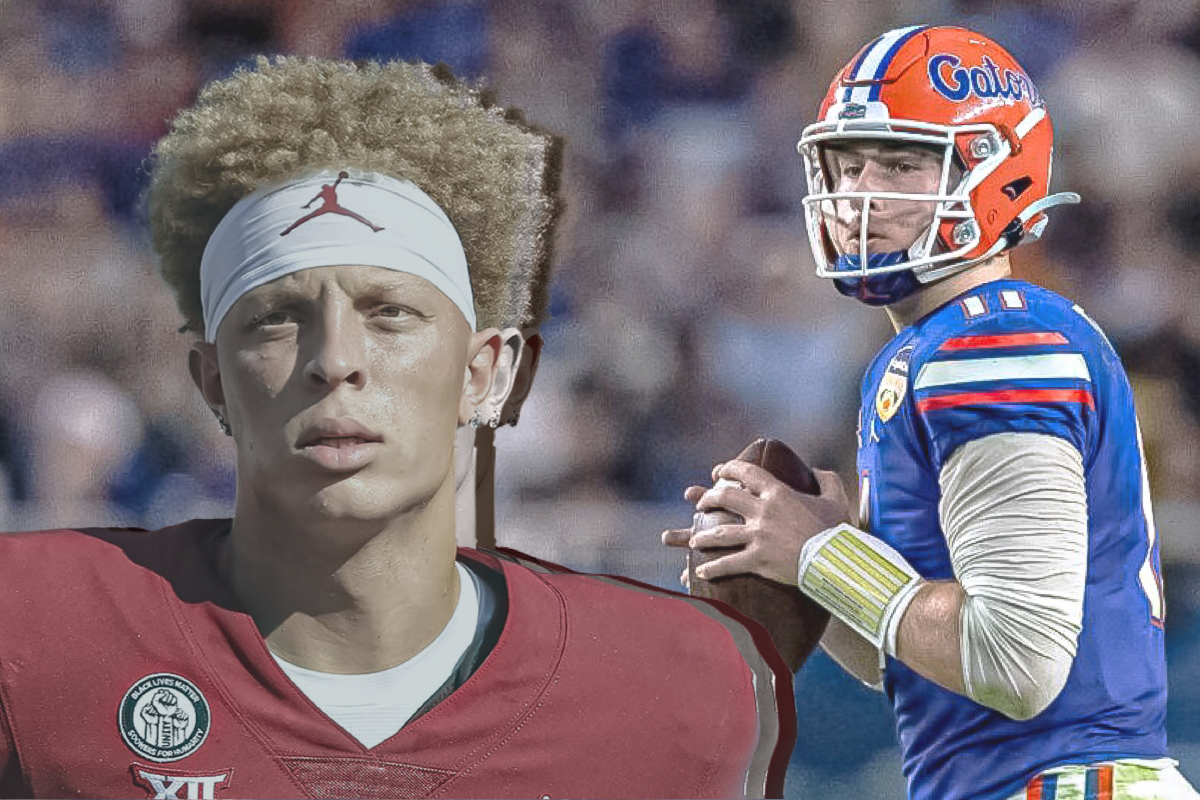 The 2020-2021 NCAA football season has been one like we have never seen before. The coronavirus pandemic has limited teams from playing a normal schedule. Each conference has different protocols that are set into place. Although the COVID-19 pandemic has affected many, the virus hasn’t affected these ten quarterback’s play.

Lawrence is arguably the best college quarterback and NFL prospect since Andrew Luck. The Clemson product did test positive for the virus this season which held him out of game action for two weeks. Due to being out two weeks, Lawrence’s Heisman odds fell. The 6’6 quarterback fell in the race for the award, but his play hasn’t. Lawrence has thrown for 2,431 yards, 20 touchdowns, and just 3 interceptions. Lawrence plays so well in the first half of games.

Kyle Trask has taken the world by storm. Trask is currently favored to win this year’s Heisman trophy. The Gators quarterback has thrown for 3,243 yards, 38 touchdowns, and 3 interceptions. He has also completed 71.4 percent of his passes with a 92.7 quarterback rating. His QBR ranks third amongst college quarterbacks this season. Trask is a senior, so he will likely declare for the NFL draft. Trask’s next challenge on his amazing season is against the top-ranked team in the country, Alabama. If he can shine in the SEC championship, Trask could solidify himself as the Heisman winner.

The Alabama starting quarterback has also surprised many this season. Jones has put up 3,113 yards, 27 touchdowns, and 3 interceptions through the air. His QBR is just a little bit higher than Trask’s at 96.3. Jones and Trask will face each other in the SEC championship game and whoever wins the game could be the Heisman winner.

Fields will likely be the second quarterback taken in the 2021 NFL draft. He ranks lower this year due to a lack of games played (5), and a game in which he threw a few interceptions against Indiana (3). Fields has thrown for 1,407 yards and 15 touchdowns with all his interceptions this season coming against Indiana. Fields’ dual-threat ability allows Ohio State to open up the playbook. It also forces defenses to have a different game plan against the Buckeyes. Look out for Fields to be selected within the top 5 of the upcoming draft.

Howell has been very impressive this season for the North Carolina Tar Heels. The sophomore hasn’t been ranked as highly by many due to his team having an underwhelming season. However, Howell has one of the best statistical seasons in the ACC. Howell’s passing yards (3,129), touchdowns (26), and interceptions (6), have led North Carolina to a 7-3 record. The Tar Heels have lost to a couple of teams that they shouldn’t have, but Howell still performed to his expectations.

The Norte Dame product is the key player in every Fighting Irish win. Book has thrown for 2,382 yards, 15 touchdowns, with only a couple interceptions (2). The senior started off slow, but has turned everything around. Book is a game manager than knows how to win games. He plays better when his team needs it. Notre Dame is currently the second ranked team in the country and when the Fighting Irish need a spark, Book will bring it.

Ole Miss may not being doing so well this season, but they do have a solid quarterback under center. Corral has completed 72.9 percent of his passes for 2,744 yards and 24 touchdowns. However, he has thrown 9 interceptions. That is not a pretty stat, but 6 of his picks came in Ole Miss’ game against Arkansas. Besides the game against the Razorbacks, Corral has only thrown three interceptions to go along with 22 touchdowns. In his last three games, Coral has thrown 12 touchdowns without an interception. In college football this season, Corral is 8th in both total passing yards and touchdowns, while he is 6th in the country in completion percentage. Corral had to fight for the starting quarterback spot before the season, but heading into 2021 he likely won’t need to compete for the job.

Gabriel is the lone left-handed quarterback on this list. The 6-foot QB leads the nation in passing yards and is second in both touchdowns and passing attempts. Gabriel has put up 3,353 yards, 30 touchdowns, and 4 interceptions. He has thrown for at least 300 yards in 7 of UCF’s 9 games. UCF has not been as good this year compared to their recent seasons going 6-3. However, the Knights do have a young quarterback to lead the way next season and beyond.

The former University of Houston quarterback has been a great fit for the Hurricanes this season. King has thrown for 2,334 yards, 20 touchdowns, and 4 interceptions. All of his interceptions this season came in back-to-back weeks against Clemson and Pittsburgh. King has had his best game of the season against the NC State Wolfpack. He put up 430 yards through the air and 5 touchdowns. He also ran 15 times for 105 yards in the game against NC State. This is King’s final year of college ball and is certainly a season to remember.