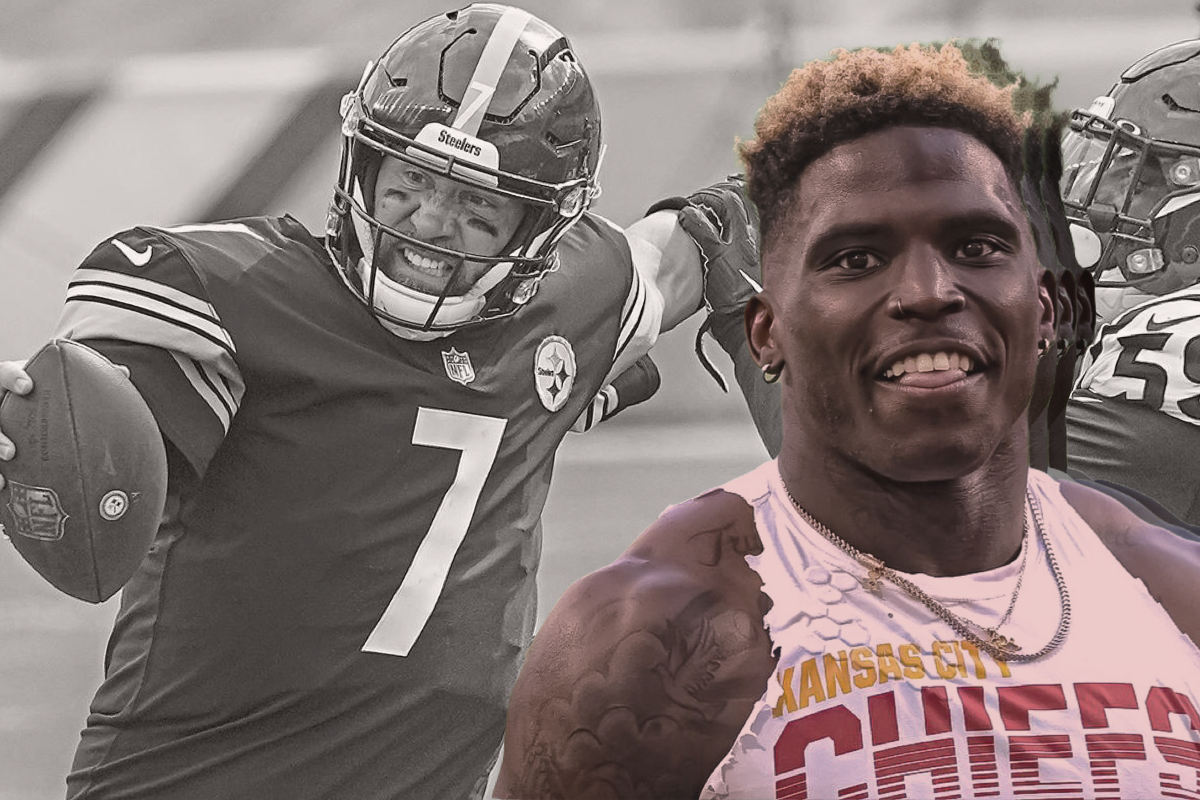 Consider it a gift from the football gods that the NFL season has made it to this point considering the obstacles this season has brought. A worldwide pandemic had the season up in the air as the off-season went by, and the NFL implemented several policies and rules to help counter the spread of the coronavirus.

After wrapping up week 12 of the NFL season, it looks as if the season will continue barring no max contamination or league shutdown.

NFL players were left with a shortened training camp which sounds great on the outside as some believe it helps with the players rest for the season. Unfortunately, the decrease of camp led to several injuries to some of the NFL’s biggest stars like Saquon Barkley and Odell Beckham Jr.

Injuries can be a underlying factor in a teams success, especially if it involves one of, if not the best weapon for their team.

After over 150 total games played, the elite NFL teams are beginning to rise to the top of the playoff bracket with five weeks left of play.

Here are the top NFL teams as of week 13.

Although the Chiefs don’t have the best record in the NFL, they are the largest threat to any team each and every week. Kansas City has done everything perfectly starting with the trade to acquire the 10th pick and select Patrick Mahomes. Additionally, Tyreek Hill has developed into one of the best receivers in the NFL complimenting elite tight end, Travis Kelce. The Chiefs don’t have any upcoming games on their schedule that alarm the Chiefs chances of the top seed besides the New Orleans Saints. The Saints could be the sole team standing between the Chiefs and a first-round playoff bye even with a backup QB leading the fight.

The Steelers currently stand as the only franchise with an undefeated season. The accomplishment would be outstanding given their 8 – 8 record last season, but the biggest goal is reaching the Super Bowl for Mike Tomlin and the Pittsburgh Steelers. The Steelers fight for a championship continues as they inch closer and closer to clinching the top seed in the AFC. The Steelers sit just ahead of the Patrick Mahomes led Kansas City Chiefs. At 10 – 1, the Chiefs look to creep ahead of Pittsburgh in the standings. In the remaining weeks. The biggest game left for the Steelers is a matchup with the Buffalo Bills. Buffalo sits in first place in the AFC East and defeated the Steelers last season, essentially eliminating Pittsburgh from making the playoffs.

The NFC North is the Packers division to lose at this point sitting a comfortable 8 – 3, with the next best teams being the Vikings and Bears at 5 – 6. Aaron Rodgers is playing at an elite level, earning more respect for the MVP conversation. The Packers have won eight games, but need to prove more in the remaining weeks to become more of a threat come playoff time.

Russell Wilson is among the pack racing for an MVP trophy. The Seahawks rush defense has been improving with the acquisition of Carlos Dunlap. Before the trade, the Seahawks struggled to get pressure on QBs throughout the game, leaving the secondary vulnerable. Wilson has picked up most of the slack for the Seattle defense but with time still to figure it out, the Seahawks are becoming a bigger threat in the NFC.

The Saints sit in the top five for now, but that could change pending on Drew Brees and his recovery, along with Taysom Hill and his play under center. The Saints are now 5 – 0 the past two season without Brees, but by no means does that mean they can win big without him. Teddy Bridgewater replaced Brees in 2019, improving the record for the Saints to increase their divisional lead. Now in 2020, Brees is sidelined again with a more series injury. The timetable at the time of the injury was four weeks, so we will see how the Saints shape up in the coming weeks.

The Titans are on their way to another playoff season with Mike Vrabel coaching the way. Vrabel has the Titans in first place in the AFC South at 8 – 3, and has improved Ryan Tannehill the past two years. Derrick Henry is yet again monstering his way through this season. Henry leads the league in rushing yards yet again just ahead of Minnesota Vikings running back, Dalvin Cook. Green Bay is Tennessee’s biggest threat left this season in a division that could go down to the wire.

The Colts are just one spot behind their division rival Tennessee Titans after giving up 35 points in the first half of their 45 – 26 loss. The Colts were without Deforest Buckner, but no team can rely on just one player to carry the load, especially in a big division game. At 7 – 4, Frank Reich has his team in second place and will look to take over the division once again this season.

Josh Allen became an MVP favorite early in the season but has fell off in recent weeks due to his underperforming games against the Patriots and Jets. The Buffalo defense has been good but need improvement before thinking about a Super Bowl appearance. Stefon Diggs was traded by the Vikings, a move than has surely paid off for Buffalo. A highly anticipated matchup is set for week 14 against the Steelers, their biggest game this season. Josh Allen will take on a team he could see come playoff time with l one of the best defenses in the NFL.

Tom Brady and the Buccaneers offense has been the definition of inconsistent in 2020. One week Brady is throwing for 350 yards and 3 touchdowns, and the next game he posts 200 yards with 2 interceptions. Brady is always a threat come playoff time, but Bruce Arians and the Bucs need to figure a lot out before season-end.

Miami making the postseason would be one of the more unexpected storylines of the season considering rookie Tua Tagovailoa was not expected to start, let alone perform well in his rookie season. The Dolphins will have to earn their playoff spot, though, with matchups against the Chiefs, Patriots, Raiders and Bills remaining on their schedule. A top ten team this season, but the path to the playoff is held at their own fate.