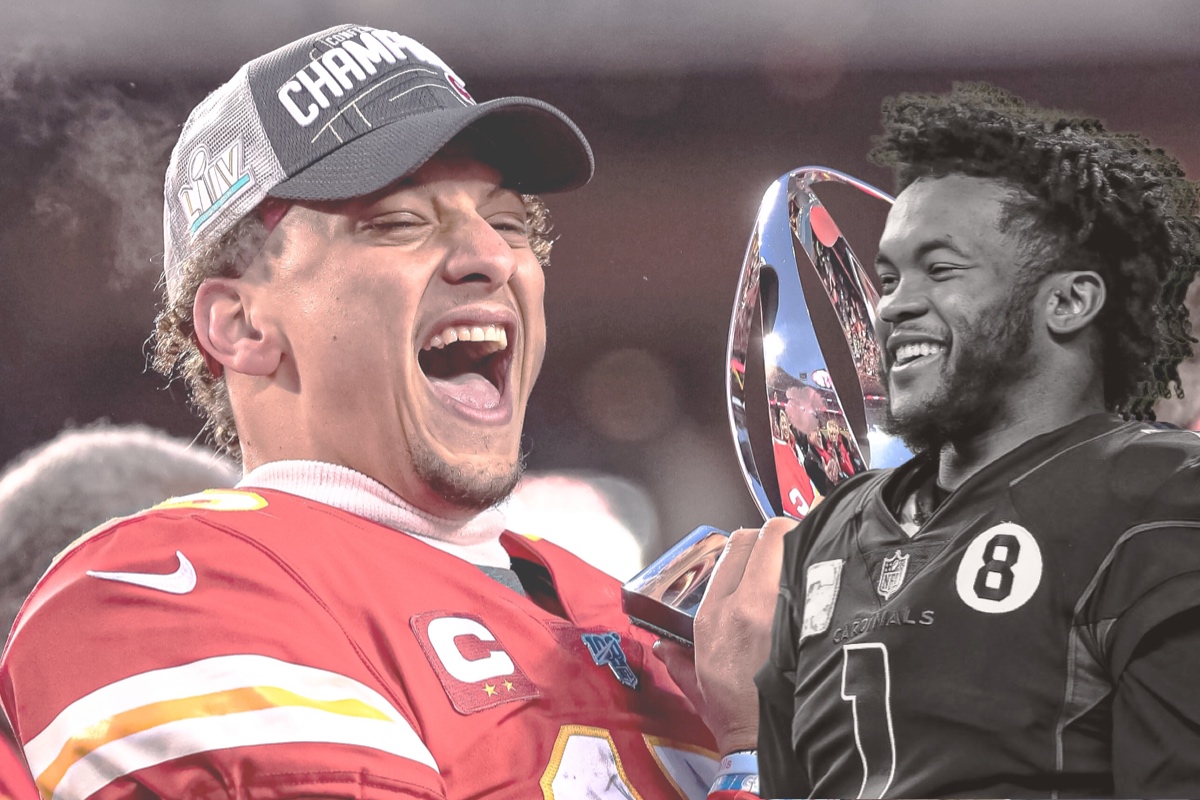 Throughout this NFL season fans may be wondering about if there’s an increase of touchdowns being scored, and the answer is yes. Scoring has increased across the NFL with record breaking totals. Teams reached the end zone 371 times through just a quarter of the season. That is the most in four weeks of play in NFL history.

Quarterbacks are passing for 1.8 touchdowns per game in a heavily pass friendly league, which would also become the highest rate in NFL history if it continues through the rest of the season.

Behind every great team sits an even greater QB as several of the last couple of Super Bowls belong to Tom Brady due to his excellence in the NFL in his career.

Every franchises goal is a Super Bowl whether it is this season, next season, or even if they’re in a rebuild, the goal is to win a championship, which is merely impossible without a quarterback to lead the team.

This season, NFL quarterbacks are getting paid the highest amount ever as both Patrick Mahomes and Deshaun Watson total over $650 million over the next decade.

Success in the NFL does not come easy without above average QB play, here are the 2020 NFL QB power rankings.

The 2018 NFL MVP is again in the MVP race for the third consecutive season, in just his fourth season. A generational talent that had little to no draft-hype coming out of Texas Tech in 2017. After a deal with the Buffalo Bills to acquire the 10th pick, Andy Reid took the future QB of Kansas City that changed the perception for the Chiefs for the next decade. Mahomes has 3,497 passing yards along with 30 touchdowns and just two interceptions. The Chiefs also sit in first place in the AFC West division at 10-1. Mahomes has the potential to be one of the best QBs in NFL history if he keeps up his success.

The heavily favorited MVP pick this year has taken a step back in recent weeks but that doesn’t shy away his early-season success that put him in the MVP conversion to begin with. Posting 2,986 yards and 30 touchdowns is the main reason he is earning MVP votes, but back to back 5 touchdown performances in September are the reasons he is praised on a daily basis. Wilson has ten total interceptions, four in the past three meetings for Seattle. The Seahawks are also in first place in their division, at a respective 7-3. Wilson is the underlying factor not only for the Seahawk offense, but the Seahawk defense as it sits is one of the worst in the NFL in 2020.

The Green Bay Packers are yet another first place team that has a QB within the top five of the power rankings. Another MVP candidate, Rodgers has totaled 3,100 yards along with 33 touchdowns and four interceptions. At 8-3, Rodgers has most certainly led this Packers team to their first place position, and is hunting for another Super Bowl ring. Several believe the Packers as a team could be a bluff, but by no means is previous Super Bowl Champion and MVP, Aaron Rodgers, a bluff.

Deshaun Watson is one of the best QBs on one of the worst teams. It’s truly gut-wrenching to think Bill O’Brien (who was fired earlier this season) was content with just a second-round pick and an aging/injury prone running back for All-Pro receiver DeAndre Hopkins. Without Hopkins, Watson was forced to share the ball more with Brandon Cooks, Will Fuller, and Kenny Stills (who was cut last week). Watson has clearly improved after the departure of the elite receiver as he has totaled 3,201 yards along with 24 passing touchdowns and 293 rushing yards and 2 touchdowns. The dual-threat has risen to stardom since entering the NFL, but will never succeed in Houston with the help he has today.

Kyler Murray has been electrifying this season with his elite running ability. Murray is on track to to throw for 4,000+ yards and rush for 1,000+, an accomplishment he already achieved last season. Only Deshaun Watson has completed the unthinkable stat, both rank in the top five.

The Buffalo Bills are another first place team in their division, as they sit at 8-3 in the AFC East. Allen was another earlier MVP candidate, but recently fell off the map due to unproductive games against the Jets and Patriots. Allen bounced back in recent weeks including a 44-34 win over Russell Wilson and the Seattle Seahawks. The Bills scored a season-high in points in Allen’s 3 touchdown performance. Allen has totaled 3,028 yards with 22 touchdowns and 8 interceptions as the Bills continue their playoff push along with a rising Miami Dolphins team and New England Patriots within the division.

After switching up teams, Tom Brady has the best offense on paper he has ever had in his long career. Mike Evans, Chris Godwin, and Antonio Brown all could potentially be any teams top receiver on any given Sunday. Rob Gronkowski has exited his retirement stage to play for coach Bruce Arians and Brady this year. Brady has 3,300 yards and 28 touchdowns along with 11 interceptions. The Bucs currently sit behind the New Orleans Saints in the NFC South. Tampa Bay is currently sitting in a wildcard position trying to earn the top spot in the division with Brady leading the fight.

The Titans find themselves in first place after their divisional win over the Indianapolis Colts. Derrick Henry rushed for 178 yards and 3 touchdowns in the win, but Ryan Tannehill sealed a scorching 35-point first half with a rushing touchdown. Tannehill has 2,608 yards along with a 23 – 4 TD-INT ratio. With a QBR (QB rating) of 106.7, Tannehill is definitely reliable for the Titans moving forward. Leading the Titans to another successful season just improves his chances of being seen as a franchise QB. Tannehill has overcome early-career injury issues to become a top-tier QB in the NFL today.

Nothing about Ben Rothisberger is perfect, but the Steelers record is at 10-0. Rothisberger is the old fashion, big-arm, pocket passing quarterback. Nothing special, nothing flashy, but makes the right plays and adjustments to win through a long NFL season. Big Ben has also fought off his own share of injuries issues, even dealing with some small ding-ups in 2020. The Steelers look to be on their way to a division win just a season after going 8-8 and the Ravens took over the NFL at 14-2.

The rookie, Justin Herbert, is the current favorite to win the NFL Offensive Rookie of the Year Award after Joe Burrow tore his MCL and ACL earlier this season. Herbert has taken over the rookie conversation after posting 3,015 yards and 23 touchdowns in his first season. The Chargers coaching staff was against starting Herbert this season and wanted Tyrod Taylor to start. Unfortunately, Taylor was hurt early in the season giving Herbert the keys earlier than expected. In his first game in the NFL, Herbert threw for over 300 yards and took Patrick Mahomes and the Chiefs to overtime. The Chargers ended up losing that game just like the several of their games played this season. The Chargers have had issues with holding onto leads causing Herberts success to be shadowed by the teams losing record.