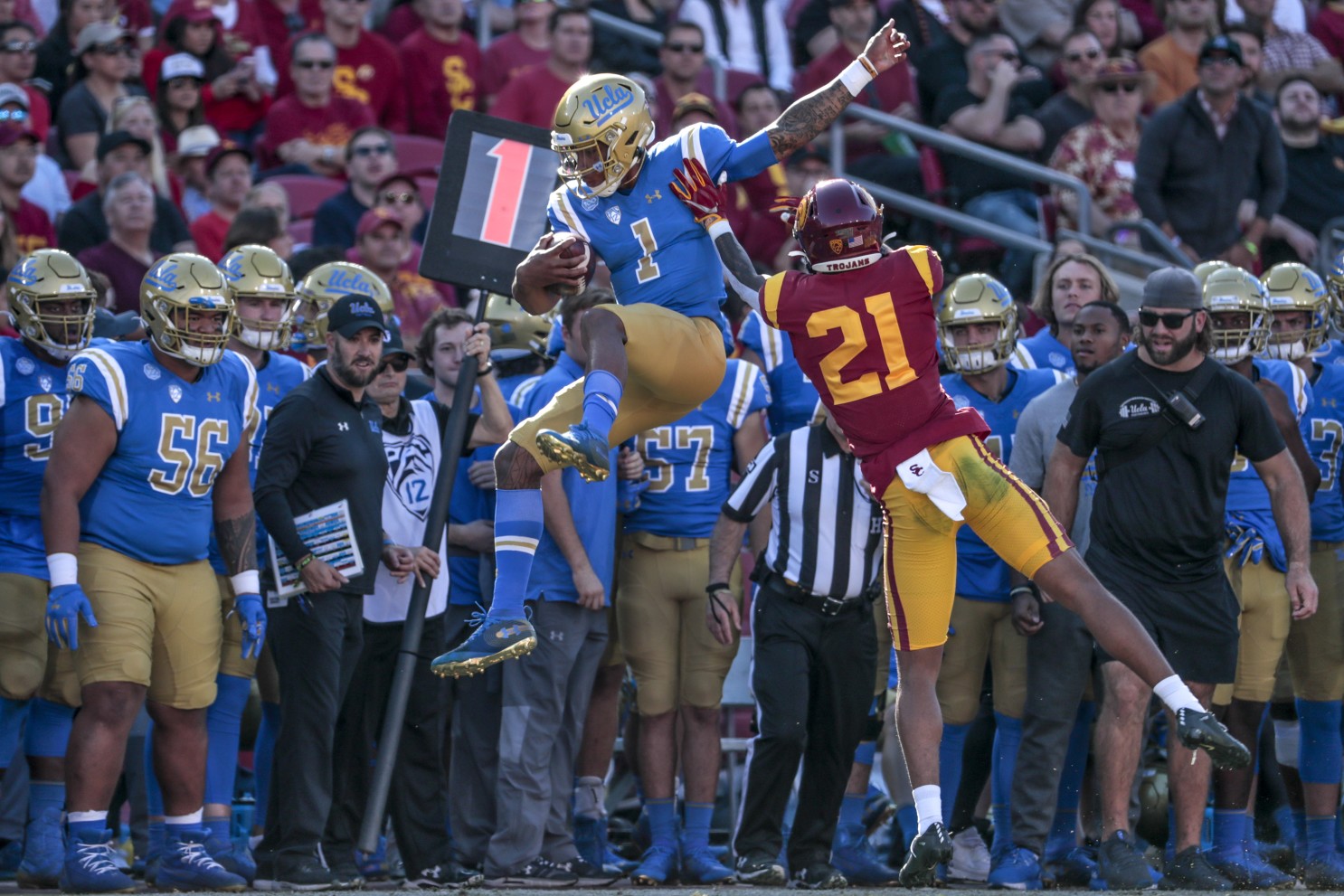 No. 20 USC took down Arizona State 28-27 in dramatic fashion. USC, down 27-14 with time running out, figured out a way to put up two touchdowns, as they squeak out a win over a Jayden Daniels led Arizona State. USC quarterback, Kedon Slovis, threw for 381 yards, 2 touchdowns, and one interception in the win.

Colorado held on to defeat UCLA in a high scoring affair. Colorado won this matchup 48-42. UCLA quarterback, Dorian Thompson-Robinson, threw for 303 yards, 4 touchdowns, and one interception, He also ran 9 times, for 109 yards, and a touchdown. However, it wasn’t enough to secure the win.

In the final game of the night, Washington State defeated Oregon State, 38-28. True freshman quarterback, Jayden de Laura, put up 227 yards and two touchdowns in the air. He also ran for 43 yards and another score for Washington State. Oregon State was led by quarterback, Tristan Gebbia, a redshirt junior. Gebbia threw for 324 yards and a touchdown. Running back, Jermar Jefferson ran 21 times, for 120 yards, and 3 touchdowns in the loss.

Hopefully, without any COVID-19 concerns, the collegiate football world will see California, Washington, Arizona, and Utah next week. As of now, all the PAC-12’s games will be played next Saturday, except for Utah vs. UCLA, which will take place Friday night. The PAC-12 is now underway, and it will be interesting to see if a team like Oregon has a shot at the college football playoff given the lack of games currently on the schedule.