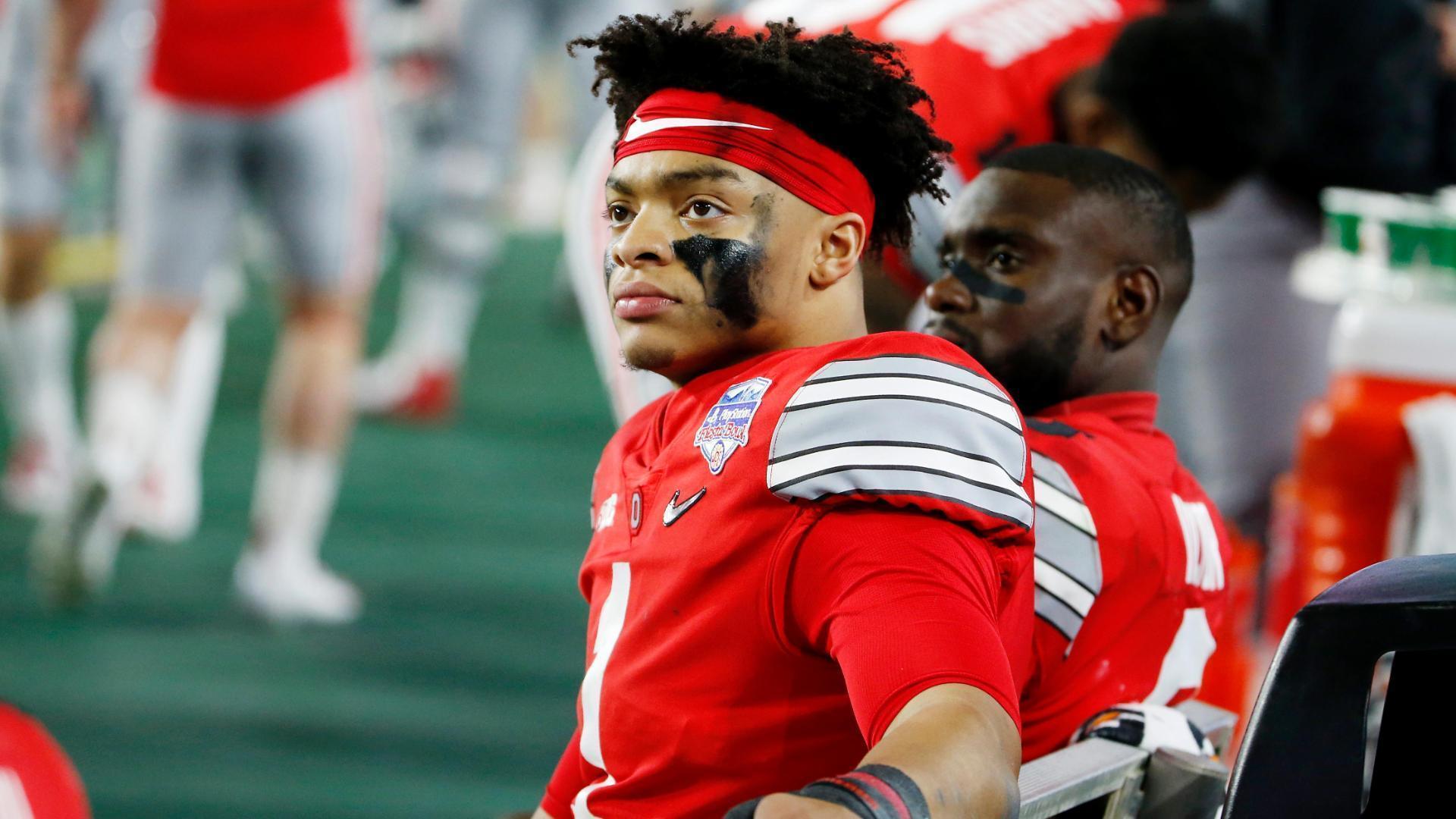 The NFL season has officially passed the trade deadline and now teams scouts and draft intel will begin the intense NFL draft process.

NFL organizations know their needs, wants, and their ideal look for their team next season, especially teams like the Jets, Giants, and Jaguars.

The NFL draft is a great way to rebuild a roster, as the tag line for this years draft is “Tank For Trevor” and priors drafts line was “Tank For Tua”.

Here is a post-trade deadline 2021 NFL mock draft based on today’s standings and records.

The New York Jets have became the new coming of the 2017 Cleveland Browns as they sit 0-8, the worst record in the NFL. Adam Gase is their head coach for now, but most don’t see his future lasting into next season. Yes, the Jets have Sam Darnold, who has proven he can make throws if given the protection and weapons. With that being said, I don’t see how any QB-hungry team wouldn’t want Darnold via trade. With Clemson QB Trevor Lawrence still dominating college football programs week after week, don’t be surprised to see him in the ‘Big Apple’ come draft month.

The New York Giants have been interesting this season, especially last week when they challenged Tom Brady and the Buccaneers on Thursday Night Football. Coach Joe Judge took a huge loss when superstar Saquon Barkley tore his ACL. In a division that seems to be headed in undetermined paths all around, the Giants are a couple pieces away via free agency and draft to become a contender within the division. The Giants problem this year has been obviously injuries, but also QB Daniel Jones has little protection on the offensive line, and adding top offensive tackle Penei Sewell from Oregon would be a perfect fit.

The Jaguars sit in last place in the AFC South, and obviously were not in any position to contend this season as they had a fire sale prior to week one kickoff. QB Gardner Minshew has been inconsistent but has showed flashes that he can lead the Jaguars but with a QB-heavy draft, look for Jacksonville to lean towards the next best available QB.

After benching Ryan Fitzpatrick for Tua Tagovailoa, the Dolphins are sitting in second place in the AFC East and are pushing for a playoff spot. The Dolphins sent a package to the Houston Texans acquiring a 2020 1st-round pick and a 2021 1st-round pick for LT Laremy Tunsil and WR Kenny Stills. Of course, that was the Bull O’Brien era, known famously for trading DeAndre Hopkins to the Arizona Cardinals. Looking at the trade now, Tunsil looks to be worth his first round price tag, but Kenny Stills has been very disappointing in Houston. It was known the Texans were open to trading Stills before the trade deadline. Back to Miami, with Tua now under center, it’s obvious they will now attempt to build their offense and surround him with players that will make plays for him. With a mediocre receiving core, look for Miami to add the top receiving talent from LSU.

With the horrific injury involving Dak Prescott, the Cowboys haven’t looked close to competitive during his absence. They have had in-locker room problems reported and they seem to be a mess this season. Their biggest need is defense as they have one of the historically worst defenses of all time. With Trevon Diggs starting as their top corner, they will look to add to their secondary with a prodigy from Alabama.

Falcons oh Falcons. Take us back to the electric offense engined by Julio Jones and Matt Ryan’s MVP season. Ever since the Super Bowl collapse against Tom Brady and the New England Patriots, the Falcons have never recovered. They have not made the playoffs since the championship appearance, and they have struggled to stay relevant in a strong division now including Falcon-slayer Tom Brady. It has been noted edge rusher Tak McKinley is unhappy being in Atalanta and they will need to replace his spot.

After a confusing offseason with front office and ownership drama, the Football Team is inclining in every aspect except the QB play. The benching of Dwayne Haskins was expected at some point, with new coach Ron Rivera acquiring QB Kyle Allen from his old squad, the Carolina Panthers. Rivera liked what he saw from Allen last season in Carolina, but his struggles are evident in a system that doesn’t involve Christian McCaffrey. Washington is in dire need of a QB and it needs to be settled this draft.

The Chargers have been a hot start, end cold kind of team this season as they have blown away most games that could’ve been easy wins if they stayed on track. They have officially found Phillip Rivers successor in Justin Herbert who won NFL Rookie of the Month in October. The Chargers have struggled in pass defense and they sent CB Desmond King to the Tennessee Titans. The Chargers defense is thin and needs to be addressed via draft and free agency.

After what looked to be an amazing comeback season from Cam Newton, the Patriots last month of play has been disappointing. Fans are calling for Jarret Stidham half way through just to see what he can do within the offense. Bill Bellichick needs to find a QB of his choice and BYU QB Zach Wilson looks like the perfect fit for New England.

Most fans in Minneapolis might want a quarterback here in the first round, but the reality is that Kirk Cousins’ contract assures he’s the quarterback of the Vikings for the time being. Look for the front office to attempt to assemble a roster that has many bright spots, such as Dalvin Cook and Justin Jefferson, but badly needs an upgrade on the offensive line. With that being said, Alabama’s Alex Leatherwood has excelled playing all over the Crimson Tide offensive line during his three years as a starter, a great fit for Minnesota.

Watching Cincinnati play, it’s evident their need is offensive linemen. It’s a shame Joe Burrow cannot have a clean pocket for at least half a game, but I don’t see the Bengals using their first round selection on the offensive line. Looks for Cincinnati to sign some veteran linemen in the offseason, a name to watch is guard Joe Thuney from New England. Instead, the Bengals will get the top TE talent with Kyle Pitts from the University of Florida. He’s a deep threat possessional reviving tight end that has ability for big plays. Perfect weapon to add to a young and coming Bengals squad.