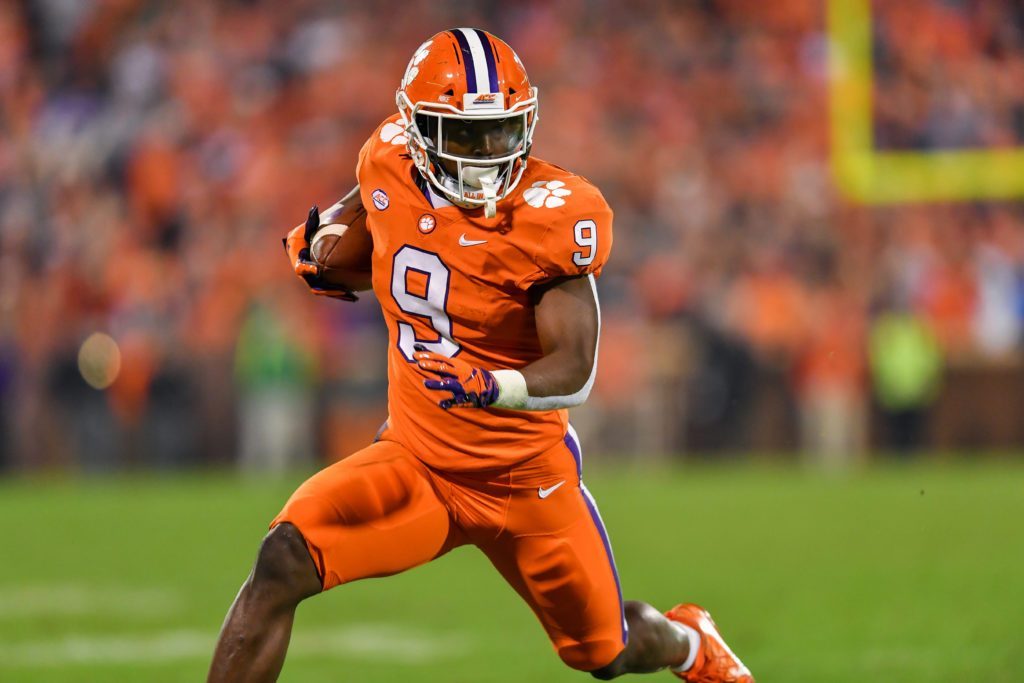 In today’s comeback win over Boston College, Clemson running back Travis Etienne broke the ACC career rushing yards record, which had stood for 42 years. The record was previously held by former NC-state RB Ted Brown, who had amassed 4602 yards.

Etienne finished the game with 84 yards on 20 carries. It was tough for him to get going, as the defense keyed in on the star running back without Trevor Lawrence in the lineup. However, Etienne still managed to score a touchdown on the ground and one through the air, helping Clemson overcome an 18 point defecit to win.

Looking ahead to this years draft, Etienne is certainly one of the more intriguing prospects. He is likely the best running back in the class, and could go top 10. Some teams with their quarterback figured out near the top of the draft will absolutely consider taking Etienne.

With Etienne, and Trevor Lawrence back in two weeks, Clemson continues to be a favorite for the National Championship. If they can get a win over Notre Dame, they will likely go into the playoffs perfect. Etienne and his team have big goals, including a potential Heisman Trophy.