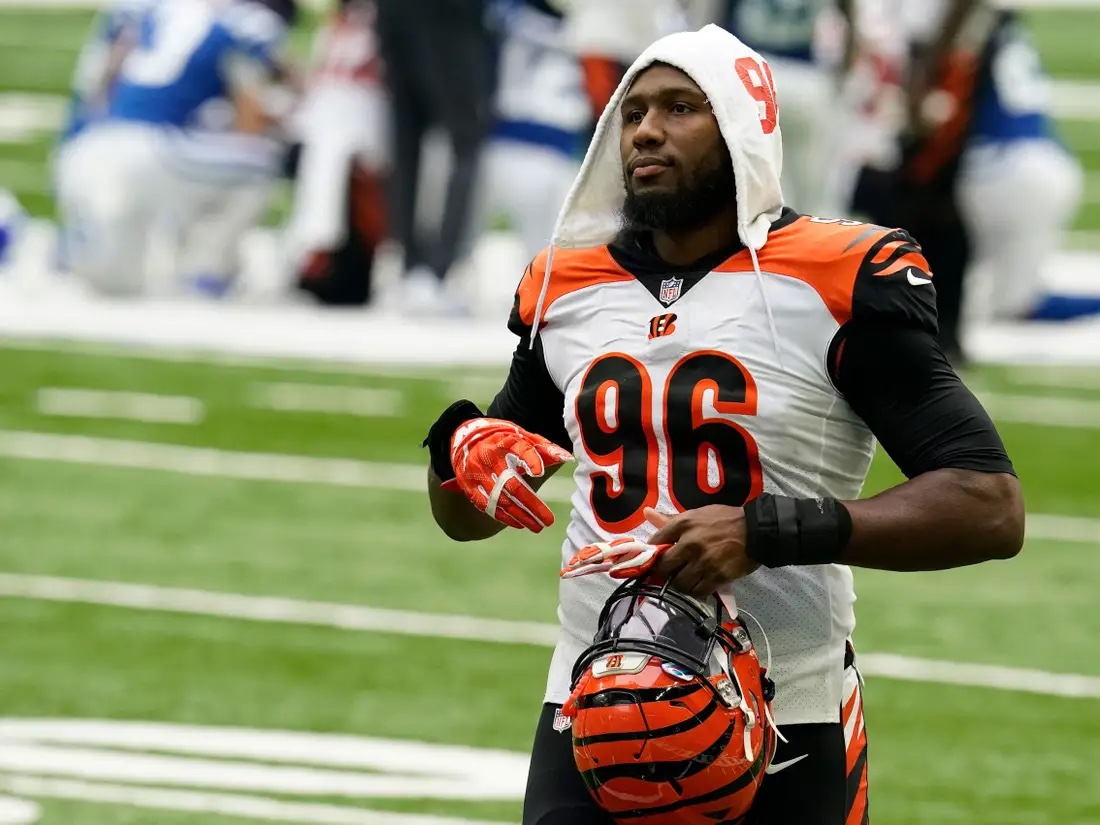 The Cincinnati Bengals have traded defensive end Carlos Dunlap to the Seattle Seahawks for offensive linemen B.J. Finney and a 7th-round pick.

Dunlap, 31, has been on the trade block through the season as the Bengals are being engined by rookie quarterback Joe Burrow, obviously in a team building phase.

The pass rusher was told by the Bengals organization earlier today to stay home from practice to discuss trade opportunities.

The Seahawks have been possibly the NFL’s most defensive hungry team as they rank in the bottom half in all defensive rankings.

With the trade for Dunlap, Seattle gets a much need push for Pete Carroll’s rusty defense.

Over his career, Dunlap has racked up 83 sacks for the Bengals along with 2 interceptions.

No question he can cause havoc in the backfield for the Seahawks defense.

Although the defensive end only has record one sack this season, the change of scenery should bring him some energy to get to the passer.

Dunlap, a former Pro Bowler, has spent all 11 seasons of his career with Cincinnati up until now where he’ll join Jamal Adams and Bobby Wagner in their effort for a Super Bowl run.

The trade will be official today at 4 PM.