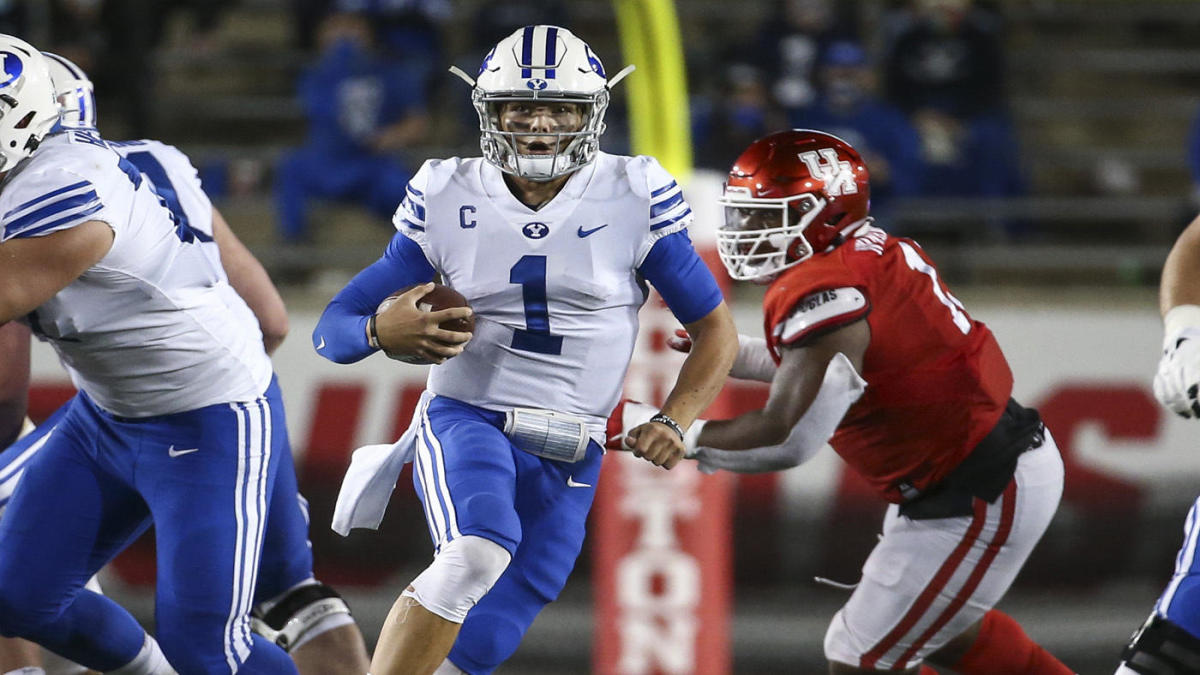 BYU quarterback, Zach Wilson, has broken out in the 2020-2021 College Football season. His season has been dominant and the remarkable quarterback is receiving national attention and even first-round grades from draft experts.

Wilson, 21, was born in Draper Utah, and started playing at Brigham Young University in 2018. With his first career start in 2018 game against the Hawaii Rainbow Warriors, in which he became the youngest quarterback to ever start for BYU.

In 2019, Wilson has led BYU to an undefeated season, so far, and has looked incredible. Wilson has thrown for 1,928 yards, 16 touchdowns, and one lone interception. He isn’t necessarily the best runner, stat-wise, with just rushing for over 100 yards in 6 games, but he has taken it to the endzone himself 6 times. Wilson is receiving attention for the Heisman Trophy and has gotten this attention rapidly fast.

BYU is 6-0 and ranked 11th in the country, With wins over Navy, Troy, Louisiana Tech, UTSA, Houston, and Texas State, the Cougars could find themselves ranked in the top 10 and maybe even in contention for the college football playoff. BYU is set to play Western Kentucky on Halloween, and then-current 25th ranked Boise State the following week. If the Cougars can take a win vs. Boise State they should definitely be ranked inside the top 10, but only time will tell.

Watch out for Zach Wilson for the rest of the college football season and even on Sundays next year. Wilson is playing with dominant fashion and is doing whatever he can to get his team the win.