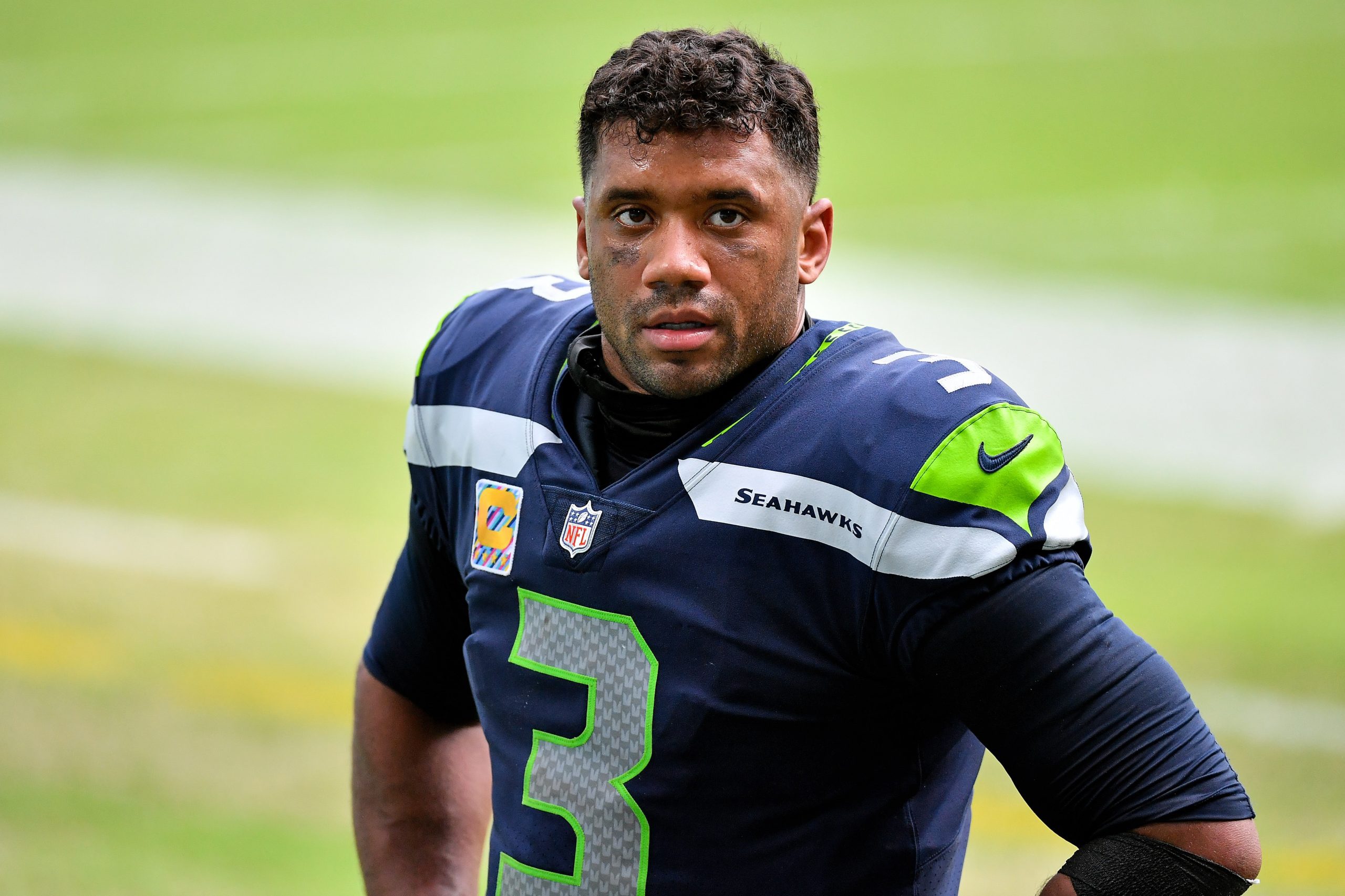 Football is the ultimate team sport, and a championship is always a teams ultimate goal, but individual accolades represent how truly great a player was over their career.

Season awards are never officially won until the season ends and voting has concluded, so this article will outline the top three candidates along with honorable mentions.

Early impressions can increase a players value for the award, even with late season struggles which are bound to happen to any player playing at the top level.

The NFL season is entering its seventh week of the year, and there are candidates for each award that standout so far this season.

The MVP award is not just given to the best player during the NFL season, but a player that makes big plays in the big games, and is a consistent threat on a weekly basis. These are the 2020 NFL MVP candidates.

The Seattle Seahawks are 5-0 on the season, mainly stemming from Russell Wilson’s tremendous season under center. He has be a offensive force totaling 1,285 passing yards with a 16-2 TD-INT ratio. Wilson also has a 136.7 QBR for this year, the best in the NFL. Wilson is widely considered the standout MVP this season.

After winning MVP honors in 2018, the reigning Super Bowl Champion will most likely have his name inside the MVP bubble until his career comes to an end. Patrick Mahomes has totaled 1,134 passing yards and a 11-0 TD-INT ratio. Mahomes and the Chiefs are in first place in the AFC West at 5-1, and looks to continue a great season Sunday against the Broncos.

Josh Allen has took the league by surprise, having several MVP looks until his recent struggles. Allen has totaled 1,326 passing yards with a 12-1 TD-INT ratio. Allen look to have a bounce back “MVP-like” game against the New York Jets. The Bills are in first place in their division sitting at 4-2, just a game ahead of Tua Tagovailoa’s Miami Dolphins.

Coach Of The Year Award

The Coach of the Year Award is given to the coach with the best overall season, showing true elite status in the NFL. There are several candidates, but here are the ones that standout the most this season.

Andy Reid is coming off a fresh contract extension this off-season, tying him with the Chiefs for the next six seasons. Reid was the driving force behind drafting QB Patrick Mahomes, and it paid off after winning a Super Bowl last season. The Chiefs are in first place in their division, and seem to have one of the most dynamic offenses the NFL has ever seen.

The Seahawks are sitting at a perfect 5-0, and have a top five offensive unit. Although the defensive effort has lacked all season, Carroll and the Seattle offense put together a consistent effort to come out with a win each week.

Tom Brady and the Buccaneers are finally starting to piece things together offensively, as they are fresh off a 38-10 beat down against the Green Bay Packers. Now the team has recently signed Antonio Brown to the active roster, placing him with receivers Mike Evans and Chris Godwin. The Tampa Bay offense just got even more dangerous than it started to look last week. Look for Arians to make a big leap in COTY polls.

Offensive Rookie Of The Year Award

There are several NFL rookies that are exceeding expectations after making the leap from college to the NFL. Here are the top offensive rookies in 2020.

CEH has been not just a fantasy football jackpot, but a offensive force for Andy Reid and the Chiefs. Edwards-Helaire didn’t seem too upset about Kansas City acquiring LeVeon Bell through free agency. Look for the Chiefs to utilize him heavily this season as an all down back.

The Cowboys suffered a huge blow at QB with the season-ending injury to Dak Prescott, but their is elite offensive talent for the Cowboys offense, including CeeDee Lamb. Lamb had been a consistent target for both Dak Prescott and Andy Dalton this season. He has hauled in 36 receptions for 497 yards and 2 touchdowns. Look to Lamb to contribute for Dallas all season in their pass heavy scheme.

The Bengals may not be a competitive team in 2020, but rookie QB Joe Burrow has showed some nice flashes as the future of the franchise. Burrow has totaled 1,617 passing yards with a 6-4 TD-INT ratio. What the rookie QB has accomplished so far is very surprising considering the offseason disfunction amid COVID-19. Burrow and the Cincinnati offense will look to improve each week this year and compete in the near future.

Defensive Rookie Of The Year Award

The defensive class this draft had was elite, as their were some players named as generation talents, and immediate superstar playmakers. Here are the top defensive rookies this season.

Chase Young was banged up a little this season, but has still been a consistent rusher for Washington. He has been one of the top players from this draft class. He has totaled 2.5 sacks and a forced fumble this season, and will look to continue his rookie campaign Sunday against the banged up Cowboys offensive line.

Queen was taken 28th overall by the Ravens last year, and has been a nice piece of their already elite defense. Queen has been a fun and productive player for Baltimore, but outside of his two-game stretch of Washington and Cincinnati, he hasn’t been the clear cut best rookie on defense. Look for Queen to get to more of a consistent playing level.

Jeremy Chinn is coming off one of his best games as a pro in coverage, dominating the Chicago Bears pass attack last week. Chinn recorded two pass deflections and his first career interception. Despite not producing the jaw-dropping tackle stats most are used, Chinn had arguably the best game of his young career. Chinn is set to have a nice 2020 rookie season as the Panthers look to compete within their division.

AP Offensive Player Of The Year

After a change of scenery, Hopkins has succeeded in Arizona with young QB Kyler Murray, and has stayed in his elite status. Hopkins has 397 yards and a touchdown on the year, and will hopefully be utilized more throughout the season after a two catch performance against the Cowboys.

Don’t let a small ankle injury to allow you to forget how dominant a player McCaffrey is and has been since entering the league in 2017. McCaffrey was placed on the injured reserves list earlier this season, but will return within the next couple of weeks. After missing most of the season so far, McCaffrey still has 156 rushing yards and two touchdowns. McCaffrey will take on his lead back role once fully healthy, and will make a run at offensive player of the year.

AP Defensive Player Of The Year

Whether the player is sacking the quarterback, or making house calls after an interception, there’s always one defensive player that dominates the league each season.

Aaron Donald is the solidified best defensive linemen in the NFL, possibly best defensive player the NFL has to offer. He won this award back in 2017 and 2018 and could take it home once again in 2020. Donald has 3.5 sacks along with 20 total tackles.

After recovering from the Coronavirus, one of the NFL’s top corners went back to work last week and didn’t miss a step as he recorded 3 tackles and 3 pass deflections in the loss to the Broncos. Gilmore is an elite player and won this award last season, don’t be surprised to see him get votes once again.

Throw up the X: The Return of Dez Bryant