Lowe’d and Clear: The Rays Win Game 2 of the World Series Behind Brandon Lowe’s Pair of Home Runs 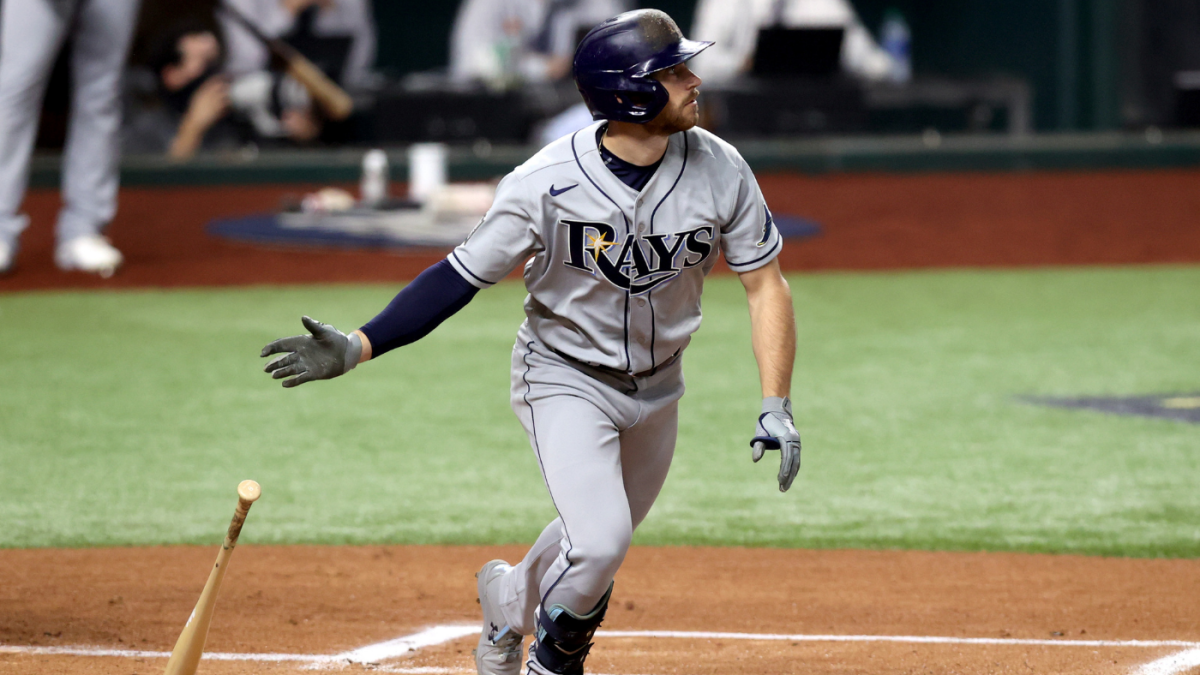 After a big loss in game 1, the Tampa Bay Rays knew that they needed to win game 2 to have a real shot at their franchise’s first World Series title. Luckily, they got the momentum they needed, taking game 2 by a score of 6-4. One of the biggest concerns for the Rays was Brandon Lowe’s postseason slump. Lowe was easily the team’s best hitter during the regular season, and as Rays’ manager Kevin Cash described it, “He carried them during the season.” Lowe had only 6 hits in 57 at-bats prior to the World Series, and struggled in game 1. Game 2 was a different story, as he hit a home run in his first at-bat of the game in the top of the 1st inning.The Rays scored 2 more runs in the 4th inning on a 2-run double by Joey Wendle. Lowe also hit his second home run of the game, which scored 2runs in the top of 5th inning to extend the lead to 5-0. The Dodgers’ scored 4 runs on threehome runs; a  2-run home run by Chris Taylor in the bottom of the 5th, and solo shots by Will Smith in the 6th, and Corey Seager in the 8th. The Dodgers were unable to score on anything other than a home run, and the Rays bullpen locked it down to finish the game in a 6-4 victory.

The MVP for the game was Brandon Lowe, whose 2 home runs in this game show signs that he’ll be able to regain his regular season form after his great postseason struggles. Other hitters that shined tonight were Yandy Díaz who came off the bench and reached base in both of his plate appearances and Manuel Margot. Margot, who’s been one of the Rays’ better hitters in the postseason, went 2-3 and reached base 3 times on 2 singles and a walk. On the pitching side, the Rays sent their ace Blake Snell to start, and he performed as they needed him. He went 4 ⅔ and didn’t give up a hit until the 5th inning (Taylor’s 2-run home run) and struck out 9 Dodgers. The Rays’ bullpen was as locked down as it’s been all year, and the Rays remain undefeated this season when leading after 7 innings.

The Dodgers’ bats struggled all night, albeit with being able to get the key home runs to keep the score close. Corey Seager’s home run was historic as he set a new postseason record for home runs by a shortstop. However it was their inability to hit with runners on base that kept them from scoring more and taking the lead. In addition, Dave Roberts’ decision to go with a bullpen game instead of starting Walker Buehler seemed a little baffling. Even though Gonsolin gave up a run in the first inning, he is capable of going 5+ innings and the same goes with Dustin May who also came into this game out of the bullpen. It seems like that the Dodgers’ gave this game away by not starting their best pitching options and letting their bullpen work the whole game. Buehler will start game 3, while the Rays will start Charlie Morton. There is a day off between games 2 & 3, and the Rays will now be the “home” team for the next 3 games.