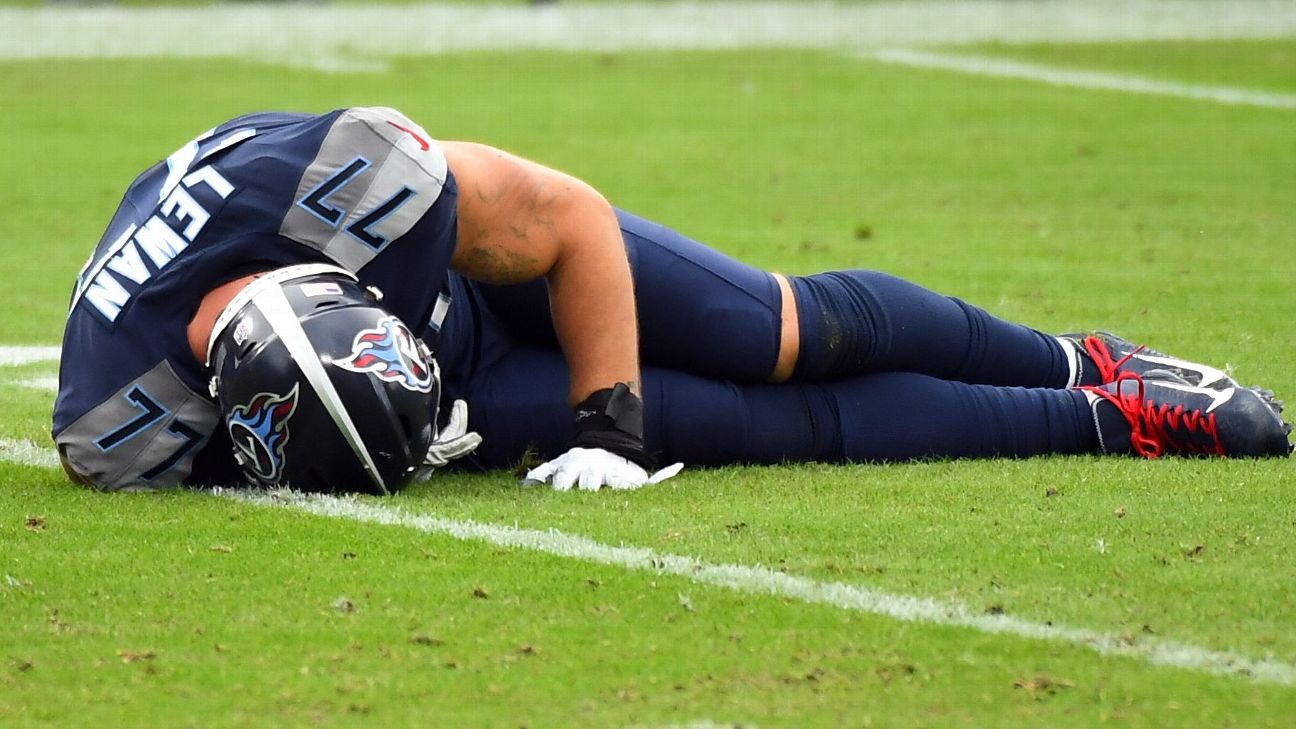 In week 6, many teams saw very important players go down with injury. These teams will either be looking for replacements, or relying on inexperienced players for the meantime. Here are some of the injuries we saw this week, and the early rumors on the extent of them.

The Titans start left tackle received awful news today, as his MRI showed he tore his ACL. He will miss the rest of the season. This is a huge blow for the Titans, who have a dominant run game with Derrick Henry. Lewan is one of the best in the game, and the o-line will no doubt take a hit without him. Rookie Isaiah Wilson will be in line for a huge boost in snaps the rest of the way.

Another stud has gone down with a torn ACL. Bush was part of an absolutely dominant Steelers defense, helping them to their 5-0 record thus far. Pittsburgh has a very strong linebacker core, so they should be able to cope. Nevertheless, Bush is a huge loss, especially when he will not return this season.

In Sunday’s loss to the Ravens, tight end Zach Ertz suffered an ankle injury. More tests are needed to determine the exact severity, but he is likely ruled out for around a month. This is a huge blow for the Eagles. Their offense has been dismal, and injury-riddled. They were already without Dallas Goedert, Jalen Reagor, Desean Jackson, and Alshon Jeffery. Ertz, despite not being as great statistically as of late, has always been a reliable target for Carson Wentz.

Baker played this week through an apparent rib injury, and struggled mightily. After the game was far out of hand, Baker was replaced by backup Case Keenum. Baker is key to the Browns success, and with an easier matchup with the Bengals coming up, it will be interesting to see if he is active for that game.