Rondo Becomes 2nd Player to Win Title for the NBA’s Most Storied Franchises: Celtics and Lakers 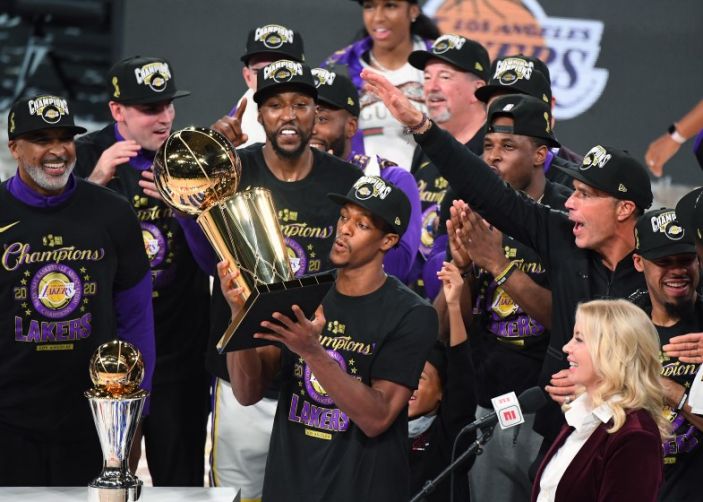 On the evening of October 11th when the longest NBA season ever came to a close, many records were broken.

One of which was Lakers point guard Rajon Rondo winning his 2nd title and becoming the 2nd person to win a title with both of the NBA’s most storied franchises; the Lakers and the Celtics.

The first and only other player to do so, Clyde Lovellette, had taken a different path from Rondo, winning a title with the Minneapolis Lakers first in 1954 and then with the Celtics in 1963 and 1964. Rondo coincidentally was apart of both the Celtics and Lakers 17th title each.

Many thought that the former Celtic was a toxic player and too old to still make valuable contributions to a contending team. He proved the doubters wrong by providing elite passing, leadership and solid defense to a Lakers roster who desperately needed depth at the guard spot.

Although his career has been riddled with injuries and bad press since leaving Boston, winning his 2nd title with the Lakers may just be enough to secure the former all-star a place in the Basketball Hall of Fame