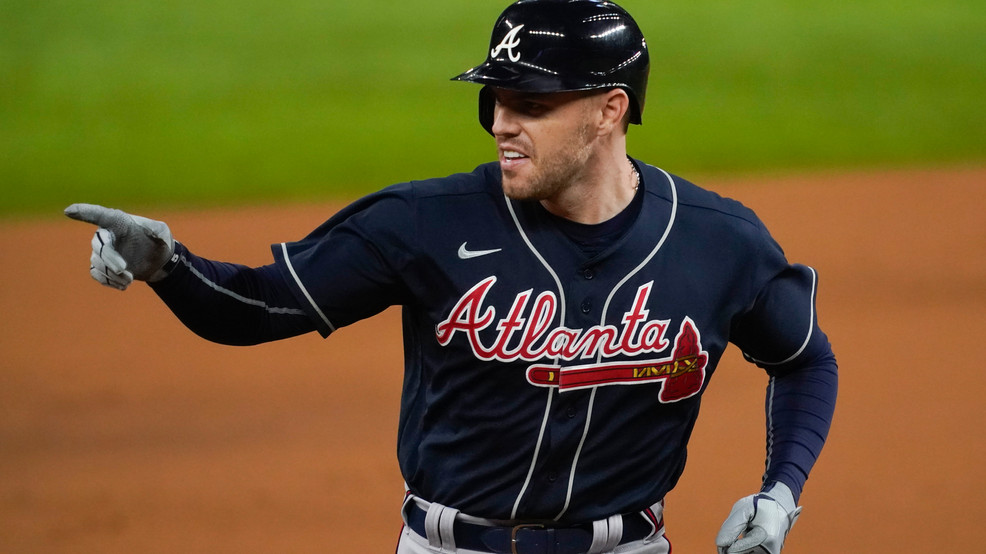 The Los Angeles Dodgers and the Atlanta Braves opened up game 1 of the NLCS with an October classic.

Walker Buehler laced up for L.A. against Max Fried of Atlanta.

Fried dominated the COVID-19 shortened season posting a 2.25 ERA. He continued his excellence in game 1 allowing just 1 run, 4 hits while recording 9 K’s. The 1 run came off of a homerun to Enrique Hernandez in the 5th.

Buehler had pitched just 5 innings allowing 3 hits, 1 run, and 5 walks while snagging 7 K’s before leaving due to a high pitch count. Buehler left 2 men on base where he was then subbed off for Brusdar Graterol who got 3 consecutive outs to get out of the jam quickly.

It was a quiet 1-1 game for the Dodgers up until the 9th, when Blake Trenien let the rain pour for Braves hitters. Austin Riley opened up with a home run to center followed by a double by Acuna. Marcell Ozuna hit a single to score Acuna leading to being Trenien pulled. Ozzie Albies capped off the Braves 9th inning with a 2-run homer to drive Ozuna home off of Jake McGee.

L.A manager, Dave Robert’s received scrutiny on Twitter for his calls, notably pulling Graterol after saving them from a jam and allowing Trenien to pitch after allowing 3 hits and 2 runs in just 4 batters faced.

Mark Melancon got all 3 Dodgers batters out to close the game, securing the Braves their first NLCS win since 2001.

Game 2 takes place Tuesday where the Dodgers play without superstar ace, Kershaw who was scratched due to backspasms.

The Dodgers look to end their playoff mishaps while the young and hungry Braves team look to take a commanding 2-0 series lead.