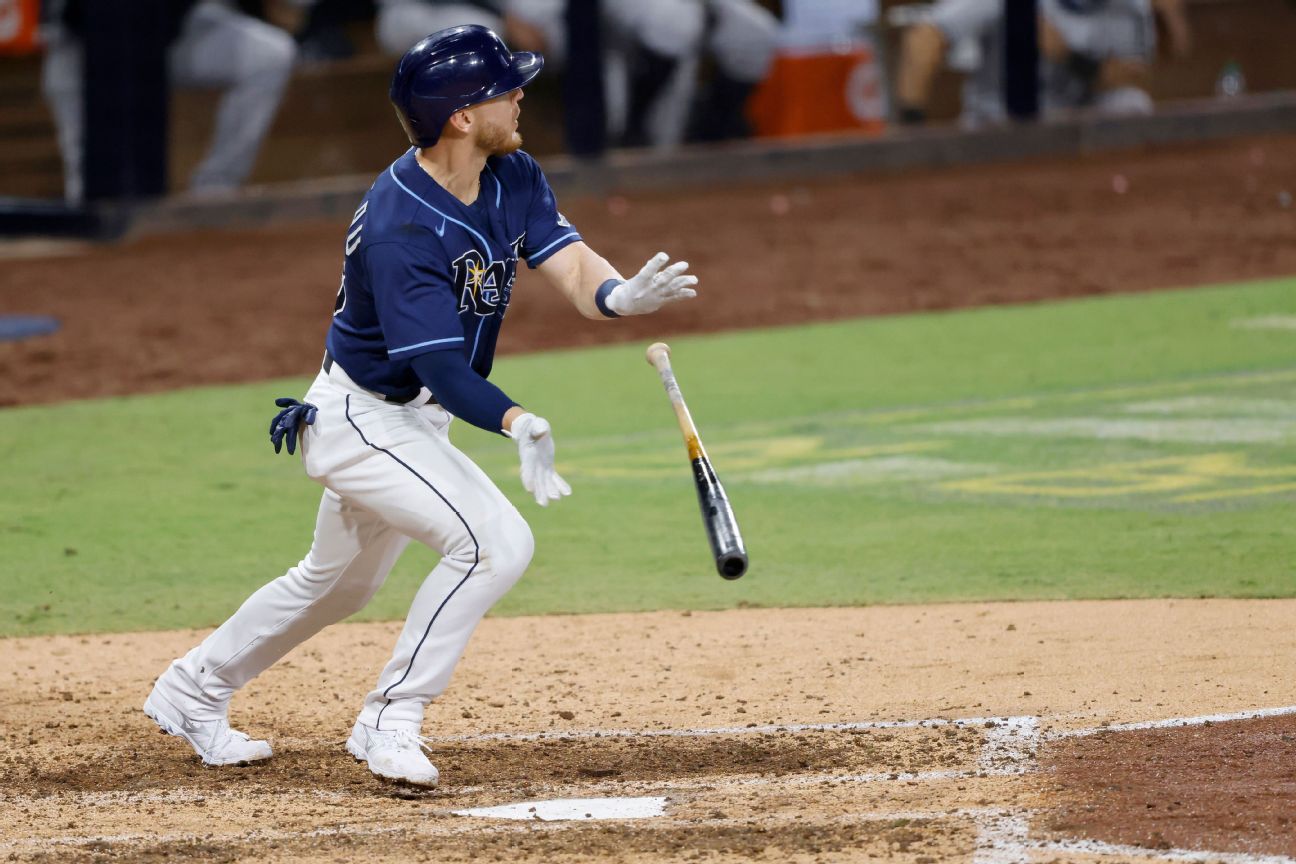 The Tampa Bay Rays and New York Yankees were at each other’s throats for all of 2020. They were the top 2 teams in the AL East and were set to face off in the ALDS. Both teams swept their opponents in the Wild Card round with the Rays handling the Toronto Blue Jays and the Yankees taking down the Cleveland Indians. The biggest moment between the two clubs during the season was when Yankees pitcher, Aroldis Chapman, threw a 100 mph fastball over the head of Rays’ infielder, Mike Brosseau. Chapman struck out Brosseau to end the game but a bench-clearing incident ensued following the game’s conclusion and neither team forgot what happened. The next game, Brosseau hit 2 home runs against the Yankees leading to a Rays win. These were two teams that didn’t like each other and were well aware of their mutual disliking of one another.

The ALDS had been close, with the Yankees winning games 1 and 4, and the Rays winning games 2 and 3. Since it was only the DS, the series would be decided in a winner take all game 5. The two starting pitchers were Gerrit Cole for the Yankees, who did very well against the Rays in game 1 and was pitching on 4 days rest as opposed to his normal 5, and Tyler Glasnow for the Rays who did well against the Yankees in game 2 but was only on 3 days rest instead of 5. Both teams played game 5 with different approaches: The Yankees rode Gerrit Cole who took a no-hitter into the 5th inning and the only mistake made was a home run given up to Rays’ outfielder Austin Meadows. For the Rays, they had Glasnow pitch through the lineup once and then turned to their strong bullpen for the remainder of the game. First up on the mound was Nick Anderson, who gave up a solo home run to Yankees’ outfielder Aaron Judge. Following Anderson were Peter Fairbanks and Diego Castillo. The score was tied at 1-1 entering the 8th inning and the Yankees had turned to their best bullpen arms, Zack Britton and Aroldis Chapman. Britton got all of his outs and Chapman entered the game in the bottom of the 7th inning to retire Brandon Lowe.

After 7 innings, both teams had 5 hits combined and it was only a matter of seeing which team would break first. In the bottom of the 8th inning, Chapman was still in the game and facing Mike Brosseau, the same Brosseau whom Chapman caused a bench-clearing fiasco with just one month earlier. On the 10th pitch of the epic at-bat, Brosseau lifted a home run into the left field seats of Petco Park to give the Rays the 2-1 lead. Diego Castillo got the final three outs in the top of the 9th to secure the win and advance the Rays to the ALCS for the second time in team history, and the first since 2008. The Yankees have now failed to make the World Series in 11 straight years, which is a record for the notoriously successful franchise. The Rays continue to pursue their first World Series championship as they move on to face the Houston Astros in the 2020 ALCS.