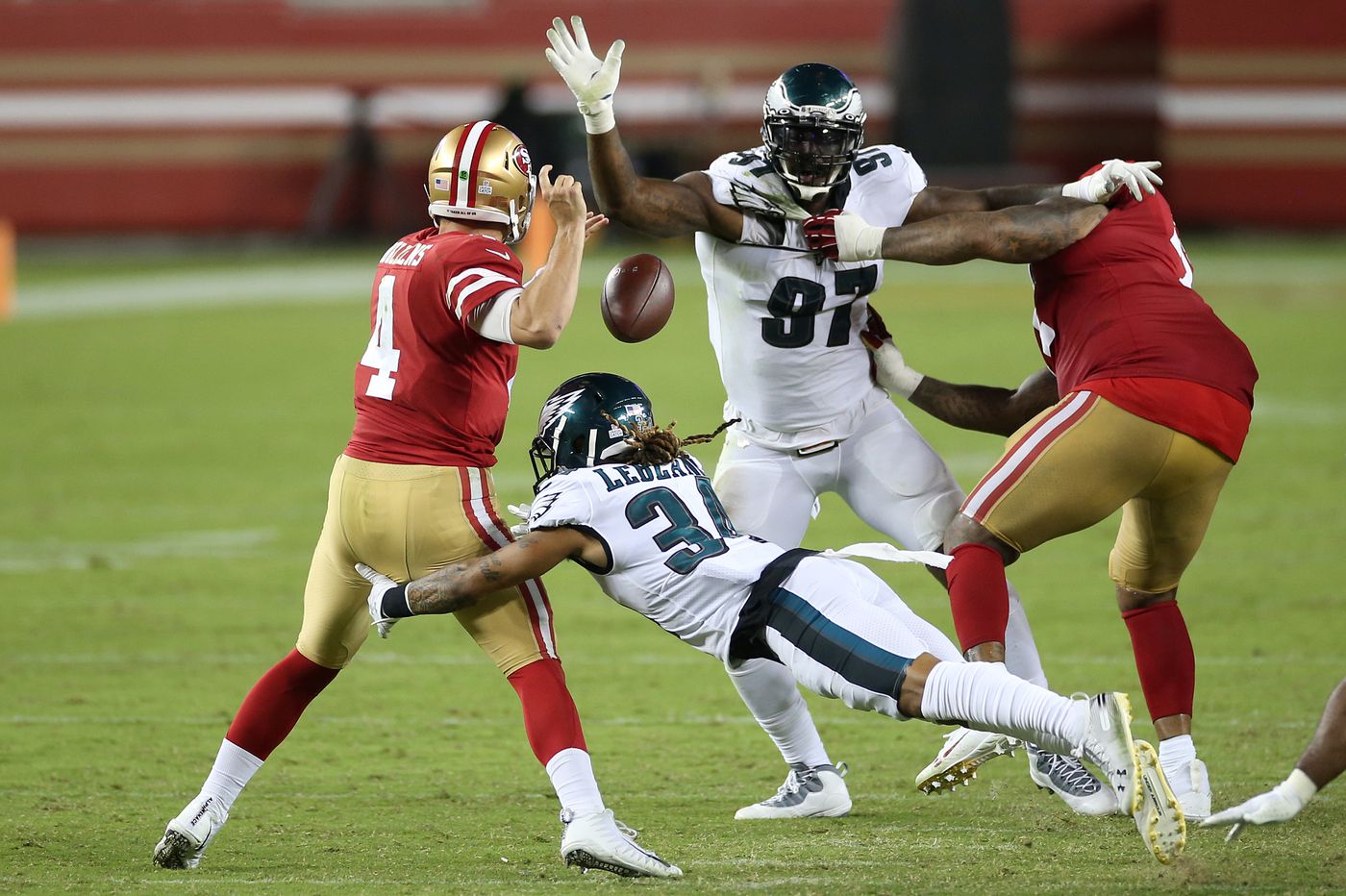 Believe it or not, the one win, one tie Eagles are now in sole possession of first place in the NFC East with the win.

Carson Wentz entered Sunday night with a large chip on his shoulder, as he struggled heavily through the first three games of the season, leading the NFL in interceptions and turnovers.

Several analysts, fans, and some within the organization believe it was time for Eagles second-round pick Jalen Hurts to get the starting job if struggles continued against the decimated 49ers roster.

He is playing with the worst offensive line and arguably the worst receiving corps of his career. He is coming off of his worst three game stretch, leading a winless team. Was anyone expecting a perfect game from Wentz?

Wentz completed 18/28 passes for 193 yards, a touchdown and a pick. Wentz also rushed for 37 yards and another touchdown.

A semi-ugly stat line earns him what the Eagles needed; a win to put them in a spot to begin competing again.

The Eagles haven’t missed the playoffs since 2017, the season they won the Super Bowl with Nick Foles. Carson Wentz went down before he had a chance at the MVP award and a playoff run of his own.

The question is, is the problem Wentz? Is it the coaching? Is it the chemistry? The world may never know, but it seems that the Eagles organization may figure things out.

Philadelphia has a brutal two game stretch, now facing two of the top defenses in the league in the Steelers and Ravens.

With the Dallas Cowboys showing true defensive struggle, the Eagles have a chance to win the division. Despite showing struggles every week this season.

It will be an interesting season for the entire NFC East, to see who will pick up the slack and become a real playoff team.