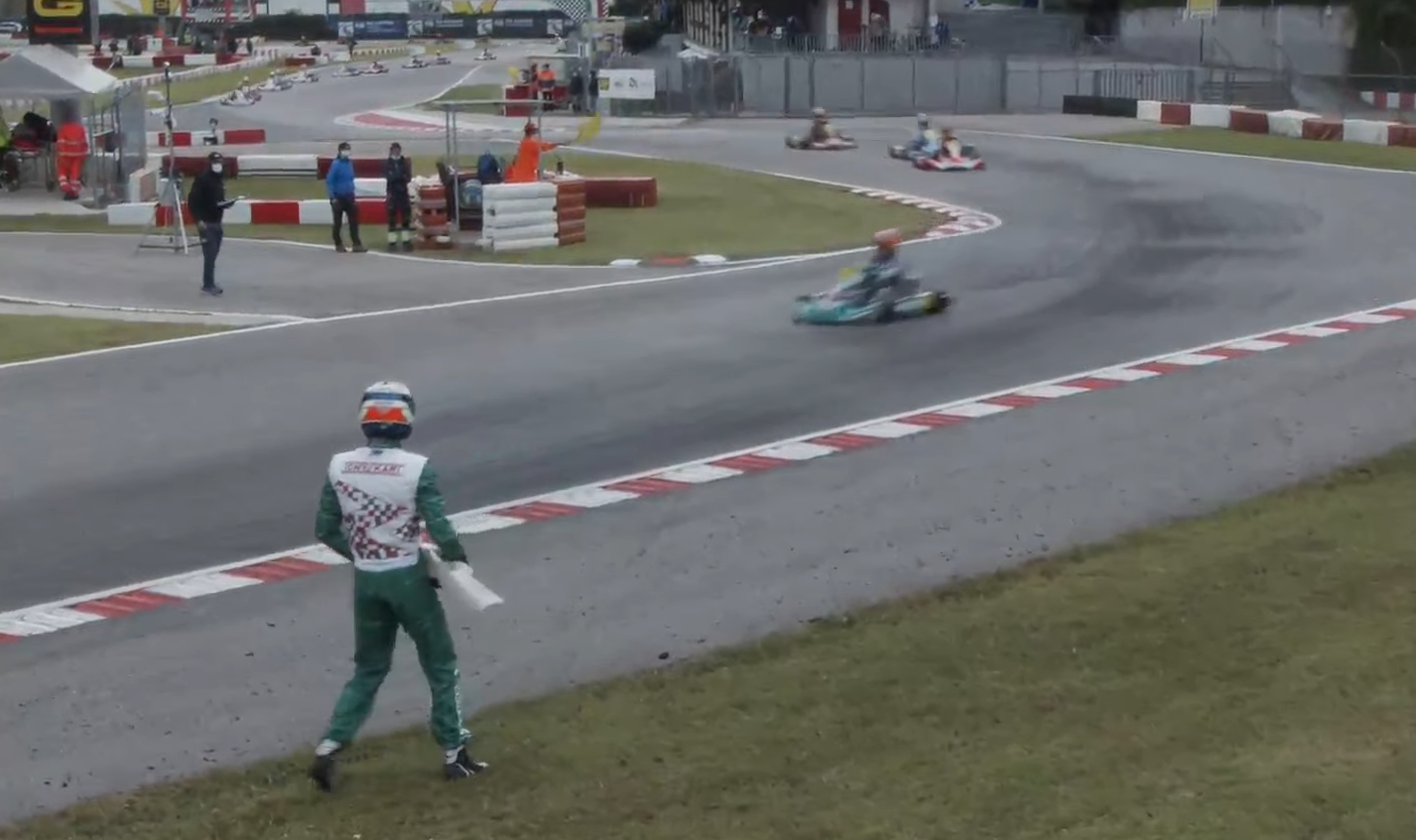 During the race there was a collision between Luca Corberi and Paolo Ippolito which forced Corberi to retire. After his retirement from the race he didn’t leave the race track, he waited for Ippolito to come back round the track and he threw the broken bumper from his car in Ippolito’s direction.

Karting driver Luca Corberi got mad at a race and then this happened. Should be a ban for life. pic.twitter.com/ofVoSif6fJ

Above is a video is Corberi throwing the bumper into the path of incoming karts.

After the race, the drivers were in the paddock and Corberi went after Ippolito again. His father, he track owner, got involved with the fight before marshalls got involved and broke up the fight.

Karter Luca Corberi continues to vent his anger after the kart race. Somebody arrest this guy. (via @EstagiariodaF1) pic.twitter.com/R9Kuk2VI4G

Linked is a video of what happened in the paddock just after the race.

Former Formula 1 champion, Jenson Button was one of many to voice his opinions after seeing the footage.

On Twitter he wrote, “Luca Corberi has just destroyed any chance he had at a racing career after his disgusting behaviour today at the FIA Karting World Champs,”

“His father owns the circuit and he is seen power driving the guy into a wall. Life ban for both of these idiots please.”

Many people voiced their opinions online and a lot of them were calling for a lifetime ban from karting for Luca and for the karting championship to drop his fathers track from the schedule.

After the dust settled from the situation, Corberi released a statement that said he will never take part in a motorsport competition again. He said it was the “right thing to do.”

He also said that this was one of the worst things that had happened in his family’s motorsport career which started in 1985.