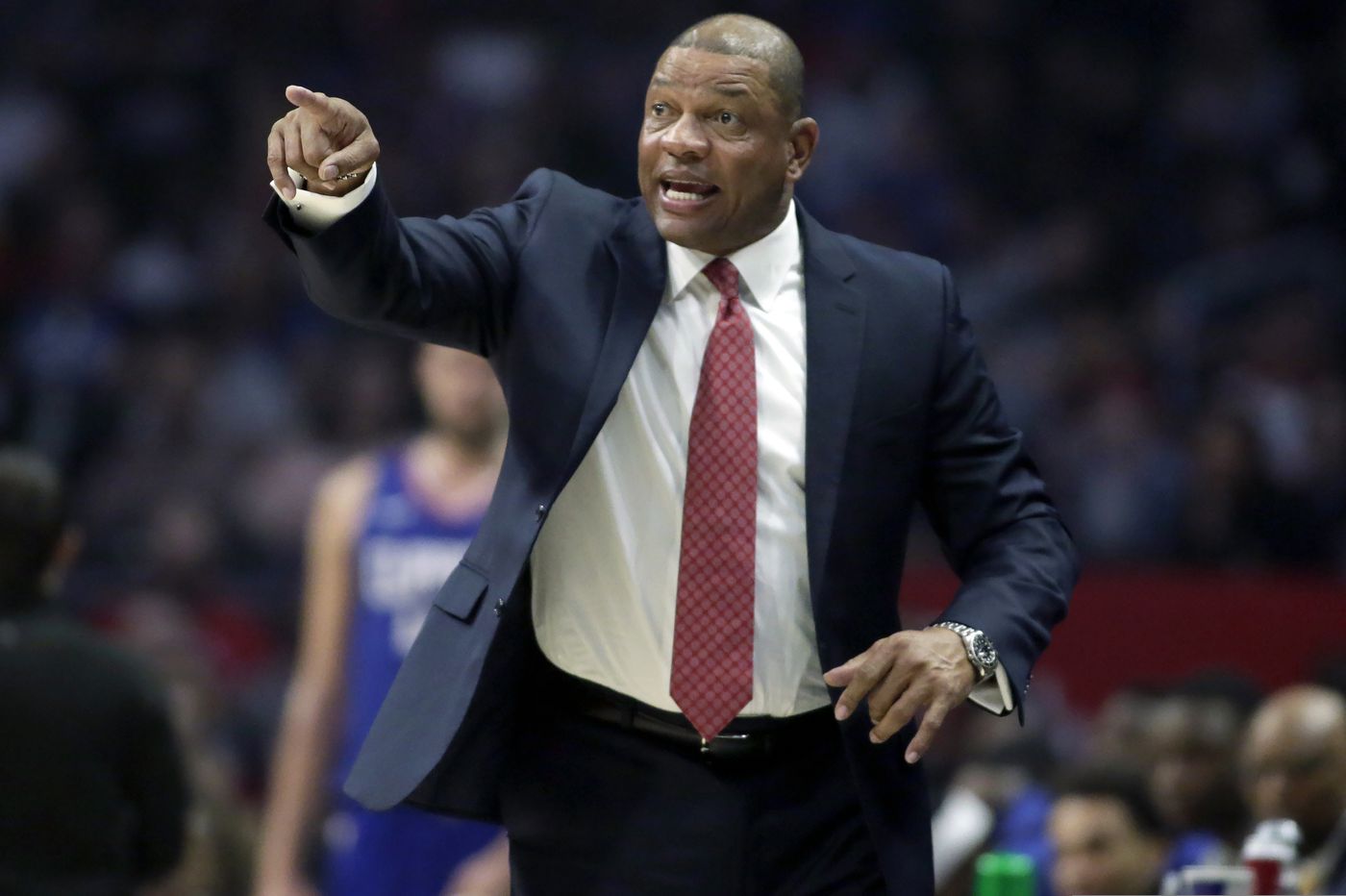 Doc Rivers, a long-time veteran head coach of 21 NBA seasons, signed a multi-year deal with the Philadelphia 76ers. This is according to a report by ESPN’s Adrian Wojnarowski.

To add on, Shams Charania of The Athletic, reports this is a 5-year deal.

The Chicago, Illinois native coached the Orlando Magic, the Boston Celtics, and most recently the Los Angeles Clippers. As a matter of fact, he won a championship in Boston in 2008. Additionally, that year, Rivers stood behind a star-studded bench of Paul Pierce, Kevin Garnett, and Ray Allen among others.

Doc was fired a few days ago after blowing a 3-1 lead to the Denver Nuggets in the second round in a season where the team had championship aspirations. This is, most likely, the main reason Steve Balmer relieved him of his duties after 7 seasons with the organization.

Moreover, he had a surplus of resources this year with Kawhi Leonard and Paul George. However, he was unable to accomplish the task of reaching the NBA Finals and winning a championship.

He joins the Philadelphia 76ers in an effort to right the ship. The Celtics swept them in the first-round of this year’s playoffs.

Doc River’s main challenge would be to somehow figure out the Simmons-Embiid situation in Philly. Likewise, the city expects him to deliver a championship to this franchise with his previous championship experience aiding him in doing so.

Furthermore, Ty Lue was a name floating on the Sixers radar prior to River’s signing. There were rumours saying they were leaning on hiring Mike D’Antoni (former Houston Rockets head coach) before quickly striking a deal with Doc.

It has now come down to whether he will be able to straighten the ship with the 76ers and win a championship.