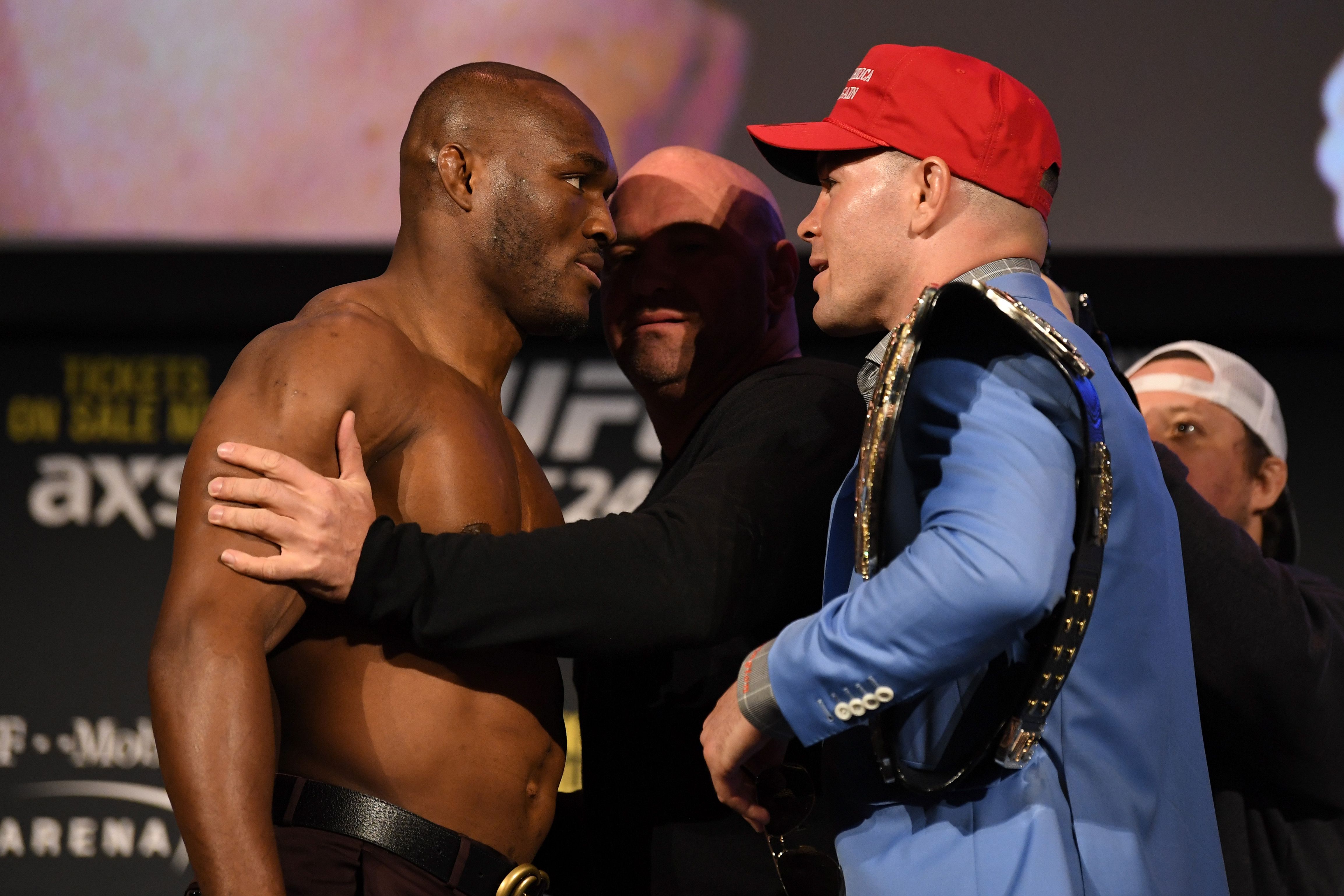 In the first UFC 253 press conference held for main-event participants, champion Israel Adesanya as well as challenger Paulo Costa, UFC president Dana White was asked about comments made by Colby Covington after his win against Tyron Woodley at UFC Vegas 11.

Colby Covington won in a dominant performance over former champion Tyron Woodley at UFC Vegas 11 last Saturday and made some rather controversial comments when on the microphone after the fight. He was put on the microphone with champion Kamaru Usman and had a little verbal back and forth.

Covington took a jab at Usman saying nobody cared about him, also saying “Who’d you get a call from?” referring to his phone call with US president Donald Trump after the fight. He then went on to somewhat ‘Mock’ Usman’s culture and background asking if he got sent “Smoke Signals” from his “Tribe” back in Nigeria.

Dana White has since took to the mic stating, “this is the 10th time you guys have asked me this. These guys all have their own causes, things… all their own beliefs. We don’t muzzle anybody here.”

The UFC president has since received plenty of backlash from the media, criticizing him for not punishing Covington, as well as allowing things like this to happen in the UFC.

Colby Covington: What would a win over former champion Tyron Woodley mean?