Colby Covington: What would a win over former champion Tyron Woodley mean? 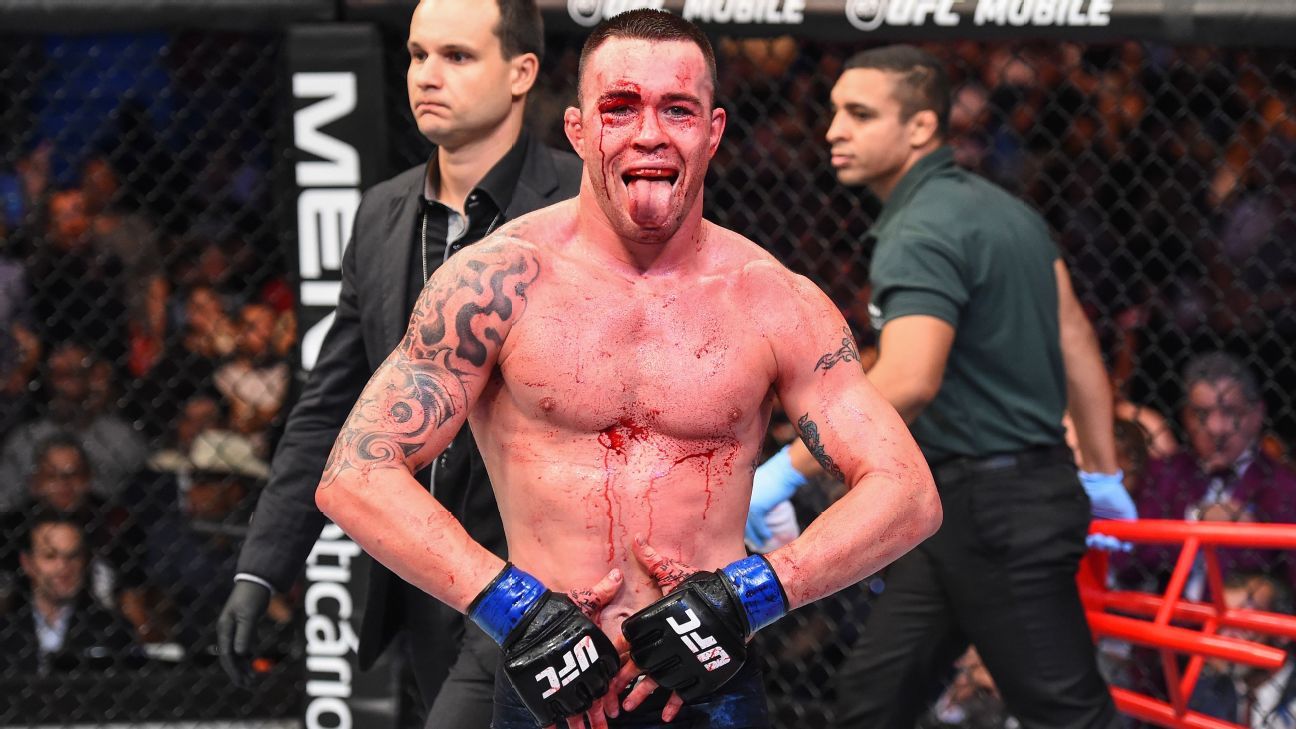 Many consider Colby Covington without a doubt the second best fighter in the welterweight division due to his all-around game and how technically sound he is in each category whether it’s wrestling, boxing, jujitsu, you name it.

He is coming off a 5th round TKO loss against arguably one of the best and most well rounded champions in the game right now, Kamaru Usman. Despite the loss added, it was a spectacular fight. Neither fighter attempted a takedown, but instead kept it on the feet and traded blows for 4 rounds. We knew Colby had terrific pace, and is an extremely talented wrestler, but he really put on display his striking, and how much a threat he really is when striking.

Coming off this loss to the champion, he is looking to immediately get back in that conversation with another win. Many didn’t expect his next opponent to be Tyron Woodley, however, it’s a much awaited ‘Grudge Match’ if you will, between two individuals that have been linked to potentially fight for the last few years.

It all started when Colby Covington started ripping through and erasing contenders in the welterweight division such as, Dong Hyun Kim, Demian Maia, and Rafeal Dos Anjos. Colby established himself as a, high motor, pressure style wrestler who would not let you breath, and wear you down over the course of 15 minutes. He is still that exact same fighter today.

when he defeated Demain Maia at UFC Fight Night 119 in Brazil, and delivered the infamous line, “Brazil you’re a dump. All you filthy animals suck” he first called out Tyron Woodley.

He tore apart Maia in only three rounds showing just how dominant he really is, even against the best of opponents. He demanded Tyron Woodley stopped hiding, and demanded a title shot.

He was given the title. It wasn’t against Tyron Woodley, and nor was it official UFC gold, but it was a shot at the interim UFC welterweight title when he faced off against Rafael Dos Anjos at UFC 225. He put on a 5 round clinic, destroying Dos Anjos, and becoming UFC interim welterweight champion.

Dana White claimed he offered Colby Covington to fight Tyron Woodley for a title unification bout at UFC 235 and even an additional date months earlier. However, Colby says he was never offered a contract to take on Woodley and even confronted the UFC president while at a casino in Las Vegas.

Over a year later, Colby finally has been granted his shot at Tyron Woodley. Although there is no title on the line, and it is not officially a title eliminator, the reward is not as exciting, but it should sure be an exciting bout.

Now to the real question. ‘What would a win mean over Tyron Woodley for Colby Covington?’

Despite Tyron’s current two fight losing streak where he has lost pretty decisively in both bouts, they were indeed top notch opponents. Kamaru Usman who he lost his title to at UFC 235 is the reigning welterweight champion, and his most recent loss was against Gilbert Burns, who is now challenging Usman for the title later this year.

Covington is coming off a very competitive bout against Usman where some fans, and even one of the judges had it 2-2 going into the 5th.

If Colby Covington defeats Tyron Woodley on Saturday night, I believe it would without a doubt put him back in the conversation of a title shot. There is not many contenders that have the resume he does, and keep in mind, he is still the 2nd ranked fighter behind only Gilbert Burns in the welterweight division. I think it would make a lot of sense to grant Covington another title shot against the winner of Usman and Burns.

Another opponent that would make plenty of sense for Colby Covington, win or loss, is none other than former teammate, and roommate, Jorge ‘Gamebred’ Masvidal.

These two are two former teammates, turned rivals. Masvidal is also coming off a loss to the champion, but has agreed to run it back a second time with Nate Diaz for the ‘BMF’ title, so this bout would have to be put on hold until next year.

I think stylistically this fight makes a lot of sense. Masvidal is an extremely skilled striker, someone that has proven himself in the division, and someone who can sell a fight. The fight would sell extremely well due to the ‘Good guy, Bad guy’ story there would be here, along with the fact that both were once teammates at American Top Team.