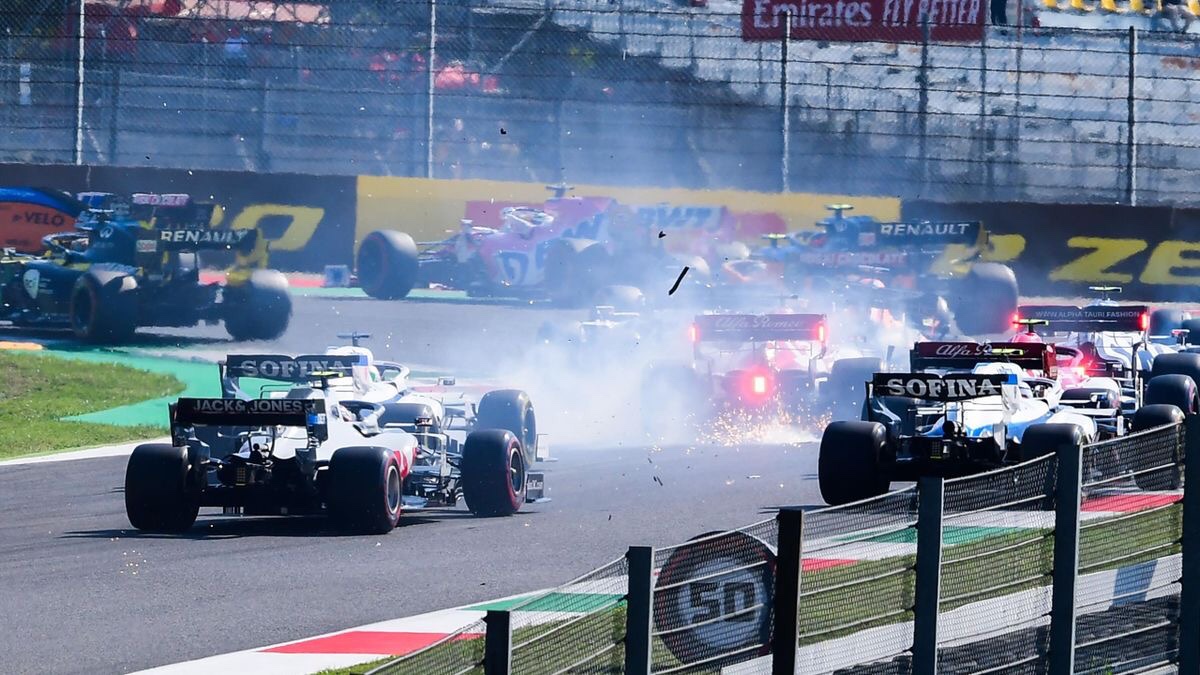 Today was the Tuscan Grand Prix and it was a dramatic race to say the least. There were 8 retirements from the race, and 2 red flags.

On lap 5, as the safety car was going in so the race could resume Valtteri Bottas was in the lead and so he controlled the speed of the field. However as Bottas pulled away from Hamilton and the rest of the drivers behind him a few drivers further back accelerated too early and ending up crashing just after the safety car had gone in.

Martin Brundle, a Sky F1 presenter said “There were effectively two starts going on there and the second start met up with the first one before they accelerated.”

McLaren’s Carlos Sainz, Alfa Romeo’s Antonio Giovinazzi, Williams’ Nicholas Latifi and Haas’ Kevin Magnussen were those involved in the crash, while Romain Grosjean narrowly avoided it and clearly voiced his opinion on the team radio.

What this means for them is still unknown. The most probable outcome is that they each receive a couple of points on their licences.

The stewards did say that under the regulations Valtteri Bottas had the right to dictate the pace and that he had no fault in the crash.