Who Is Most Affected by a Houston Rockets Loss Tonight? 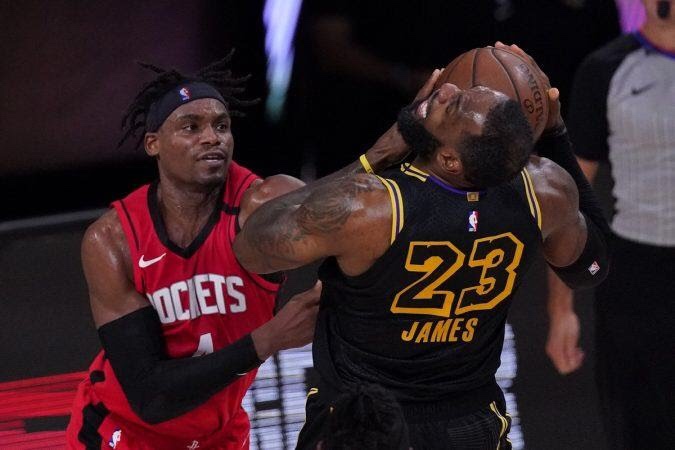 Tonight, the Houston Rockets face elimination against the Los Angeles Lakers in game five of this highly anticipated playoff series. This brings up the question: who will be affected the most with a Houston loss tonight?

Looking at the entirety of the Rockets team, there are four clear candidates. Mike D’antoni, Russell Westbrook, Houston’s front office and James Harden.

With a loss tonight, Mike D’antoni may just be out of a job. Although he was awarded the 2016-2017 Coach of the Year award and has helped Houston consistently stay amongst the top of the Western Conference, the team has not made it past the Conference Finals since he was hired in June, 2016.

His highly offensive system sure has helped James Harden flourish as one of the top scorers the NBA has ever seen, but this comes to the expense of the entire team’s success. Many see Harden’s isolation play and Houston’s small ball lineup as no way to win a championship in today’s league and from the looks of it, they’re not wrong.

Even though this is all true, D’antoni will not be affected the most with a Rocket’s loss tonight. Even if Houston decides to relieve him of his duties and go in a different direction, there are a number of head coach vacancies throughout the NBA that it would be shocking if he didn’t pick up another gig right away. His resume speaks for itself and he would certainly garner attention from teams like the Indiana Pacers and Philadelphia 76ers, two franchises with young talent and loads of potential.

Over the years, Russell Westbrook has become one of the more hated players around the league. Whether it be because of his stat-padding stint with Oklahoma City or his inability to truly lead a team, many have grown to dislike him.

With very little playoff success since Kevin Durant’s departure from OKC, Westbrook’s name has come up in conversations associated with the idea that he cannot and will not have lots of playoff success ever again. With a Houston loss tonight, this narrative will just grow deeper and many will look at Westbrook’s plethora of bad shooting games. Along with this, many will be convinced that he is no longer a superstar in today’s league. Although he won’t have the most to lose tonight, it sure wouldn’t help his resume if they lost in the second round while winning only one game.

Since acquiring James Harden in 2012, the Rocket’s front office has tried its best to give him a championship winning squad. Signing and trading for players such as Dwight Howard, Chris Paul and now Russell Westbrook, none of them have been able to help Harden win the Finals or even make it there. This brings up a question that many debate day in and day out: can Harden be the best player on a championship winning team?

Although he is a perennial all-star and MVP candidate every year, some believe that having his isolation-esque playstyle at the helm of your team is not the formula to winning a championship. This uncertainty has given the Rocket’s front office a pass for the last 8 years, but this may be no more after tonight. With a Rockets loss, fans may start to look at the inside guys and question a couple things.

Why has Harden never had two all-stars on his roster at the same time? Why don’t the Rockets have an effective big man off the bench to try and protect the rim? Even with all these questions, the front office seems stable and likely won’t be affected much with a loss tonight.

Now, for the person who will be affected the most by a Houston loss tonight, none other than James Harden. Harden has been an MVP once, an all-star eight times, an all-NBA team member on six different occasions and a two-time member of the United States National Team while with the Rockets. One thing Harden has lacked has been playoff consistency and championship experience.

The one knack on his game that many analysts recognize is his inability to perform in the playoffs. It seems as though every year, Harden fails to elevate his game while on the biggest stage in basketball. Although he doesn’t play particularly bad, he doesn’t step up his game either. Players like LeBron James and Kawhi Leonard have proven time and time again that when the playoffs roll around, they will do anything to win a championship and can be “that guy” on a championship winning squad. This is something Harden has failed to do.

With a loss tonight, he once again comes up short and shows the world that as of today, he cannot be the best player on a championship winning team.