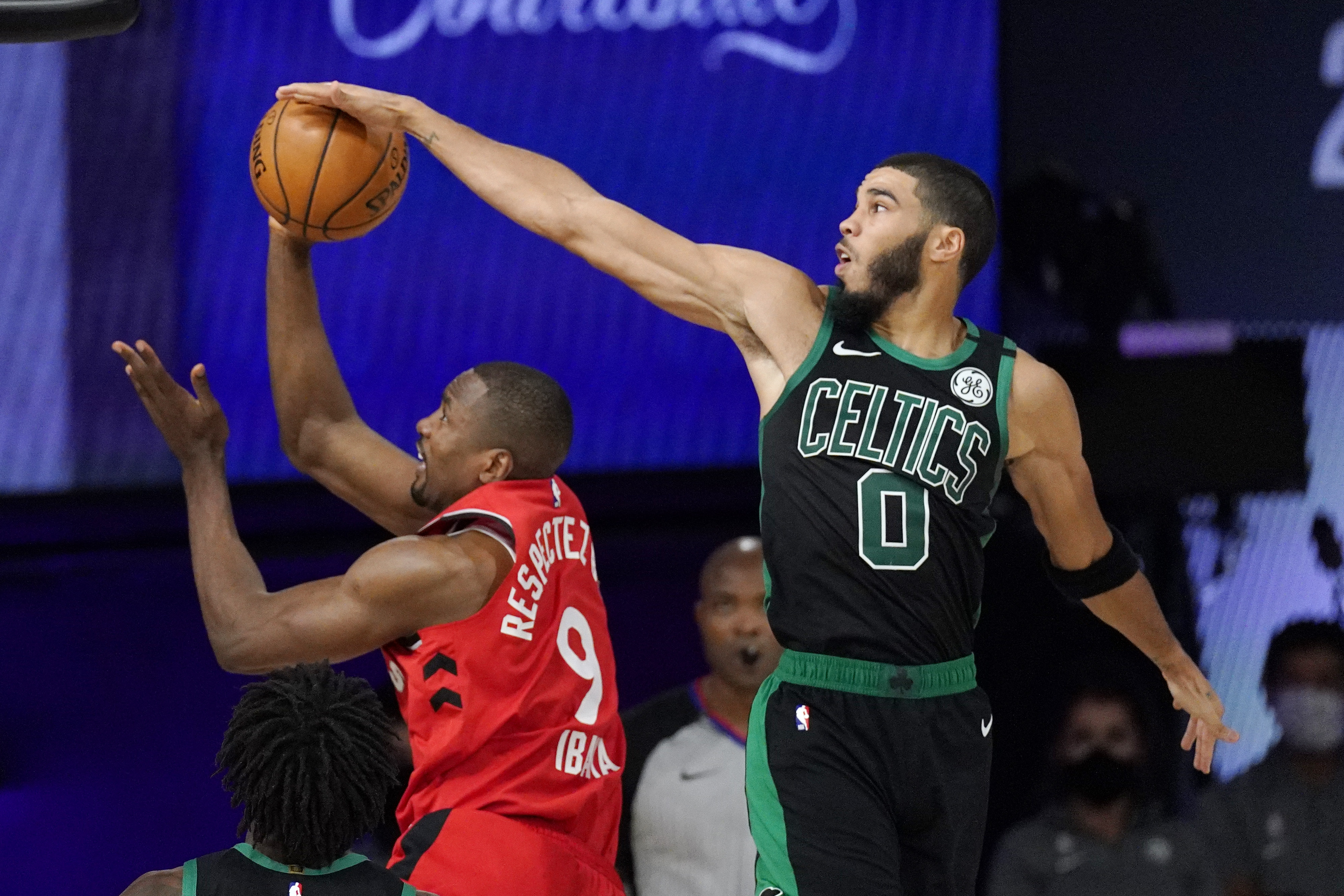 The Toronto Raptors were completely out-classed in tonight’s game against the Boston Celtics. Right from the get-go, Boston was always in front.

Not once during the whole 48 minutes did the Raptors ever take the lead. Believe it or not, but the Celtics had a whopping SIX players who scored in double-digits.

It was a thrashing. The Celtics went up by 27 at half and won the game 111-89 after a much more even second half. The Raptors bench played the entire fourth quarter and performed a lot better than the starters while trying to claw back, cutting the lead down to 17 at one point.

But, obviously it was too little, too late as Boston ran away with the game, taking the series lead 3-2.

Here are a couple takeaways from tonight’s Game 5.

Boston Dominates On Both Ends Of The Floor

Boston dissected Toronto’s Top-5 defense with ease, putting up 111 points in tonight’s victory. Fans will be pleased by the total and utter domination by the Celtics as they played with intensity on both the offensive and defensive ends of the court throughout the entire 48 minutes of the game.

Boston’s Big 3 showed up in tonight’s game. Jaylen Brown lead all players in scoring, dropping 27 points on 10/18 shooting while also hitting three 3-pointers as well. Tatum did not play to his potential but still chipped in with 18 points and 10 rebounds. While Kemba Walker also put up 21 points and dropped 7 dimes to go along with it.

All in all, it was a thorough bounce-back effort in tonight’s game, one where Brad Stevens should be quite pleased about, especially after their horrid performance in Game 4.

It had seemed as though the Raptors had solved their shooting issues in Game 4 where they were the ones who had outplayed the Celtics for majority of the game. But, clearly, their nightmares returned to haunt them as they shot a terrible 39% from the field.

Pascal Siakam fell into foul trouble again this series, picking up 5 fouls mid-way through the third quarter and had to sit for the rest of the game, but he probably had the best shooting game of any Raptors making 5 of 9 attempts from the field.

In a must-win Game 6, the Raptors must somehow solve this issues if they want to have any hope to push this series to a Game 7.

Wednesday is a win or go-home game for the Raptors where they’ll decide their own fate on whether they will continue to defend last year’s championship or not.

Both teams are quite equal but it depends on what level they perform.

It’s been quite a series up until now.

The Celtics have a chance to send the Raptors home on Wednesday.

Will they do it?