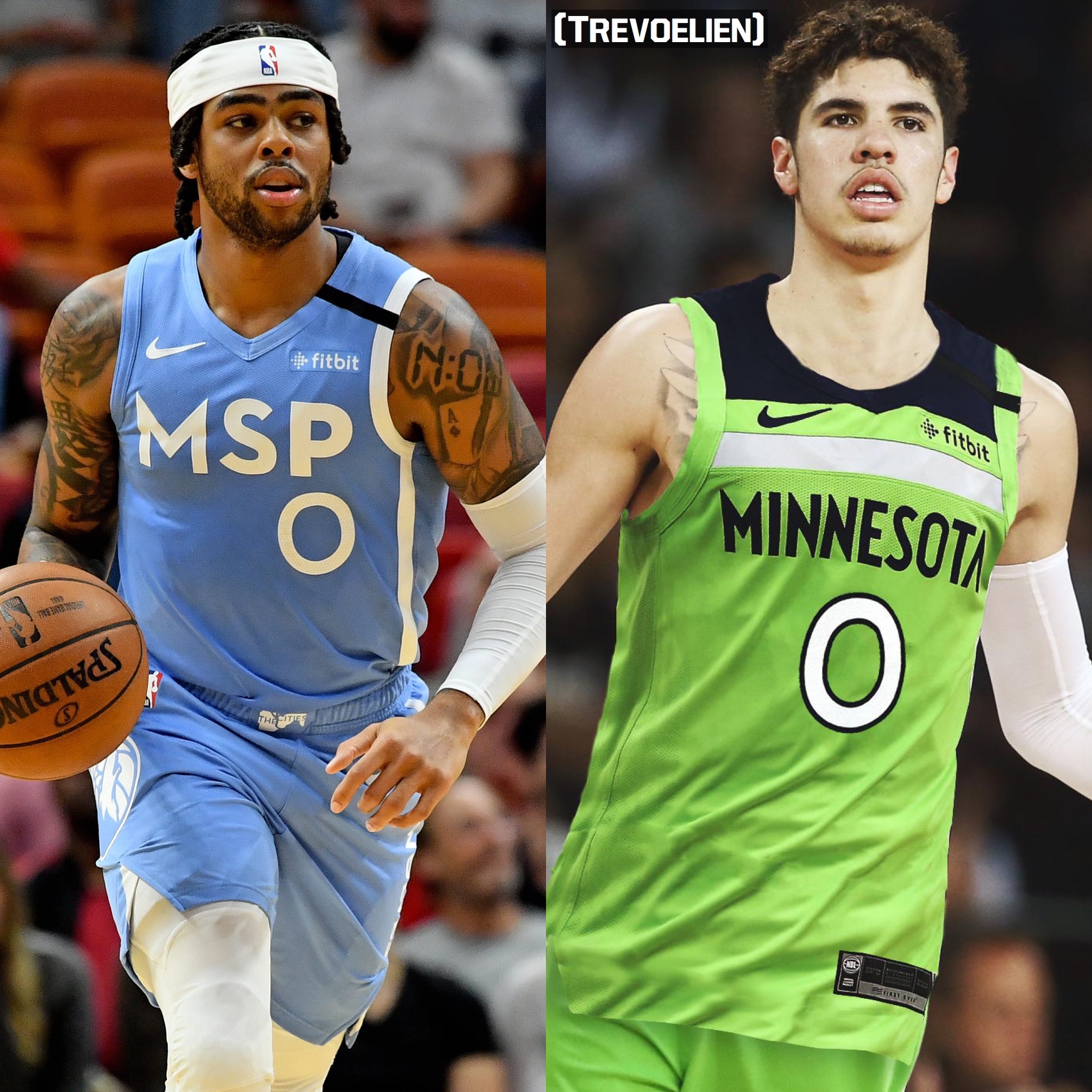 With the Wolves landing the top pick, there’s been a lot of casual conversations from fans and front offices of the possibility of drafting Anthony Edwards or Lamelo Ball who would joining Towns and Russell in Minnesota. Anthony Edwards is a heavy favorite to go first overall according to many mock drafts but Gersson Rosas, the President of Basketball Operations of the Wolves, has made it clear he’s targeting best talent available number one overall, whether it is a big or a point guard, so the possibilities of Lamelo Ball and James Wiseman at least being considered is a certainty. Russell was on JJ Reddick’s podcast and was asked about the idea of playing with Lamelo Ball, here’s what he had to say:

Russell: “I wouldn’t mind it, honestly, if that’s what it was and that’s what they see in the future. Man, I’ve been in so many situations, I’d attack it like any other.”

When you see the quote in print, it doesn’t seem like he really minds at all, but when you listen to his tone, it’s fair to infer he wouldn’t be too thrilled with the idea of Lamelo Ball coming to Minnesota.

When D’Angelo got traded to Minnesota, it seemed like he finally had the opportunity to be the clear-cut franchise point guard for years to come; so it makes sense why he might have some reservations about the idea of playing with Lamelo Ball, a pure playmaker that enjoys having the ball in his hands. Russell also got traded from the Lakers so Lonzo Ball, Lamelo’s brother, could have the keys to the franchise… that may give Russell some bad flashbacks.

Gersson Rosas may have the philosophy of taking best player available but he probably also understands the importance of keeping your stars happy. If he can not persuade Russell that pairing with Lamelo would be good for him, perhaps they should go with Edwards. Many scouts view Edwards as the top prospect in this draft and he can slide into both wing positions for Minnesota because of his 6’5” 225 pound frame. But if Rosas can convince Russell that playing with Lamelo would be great for him, Minnesota would have all the firepower in the world to become one of the most dynamic offenses in the game with Towns, Russell, Ball, and Beasley being at the helm of it.