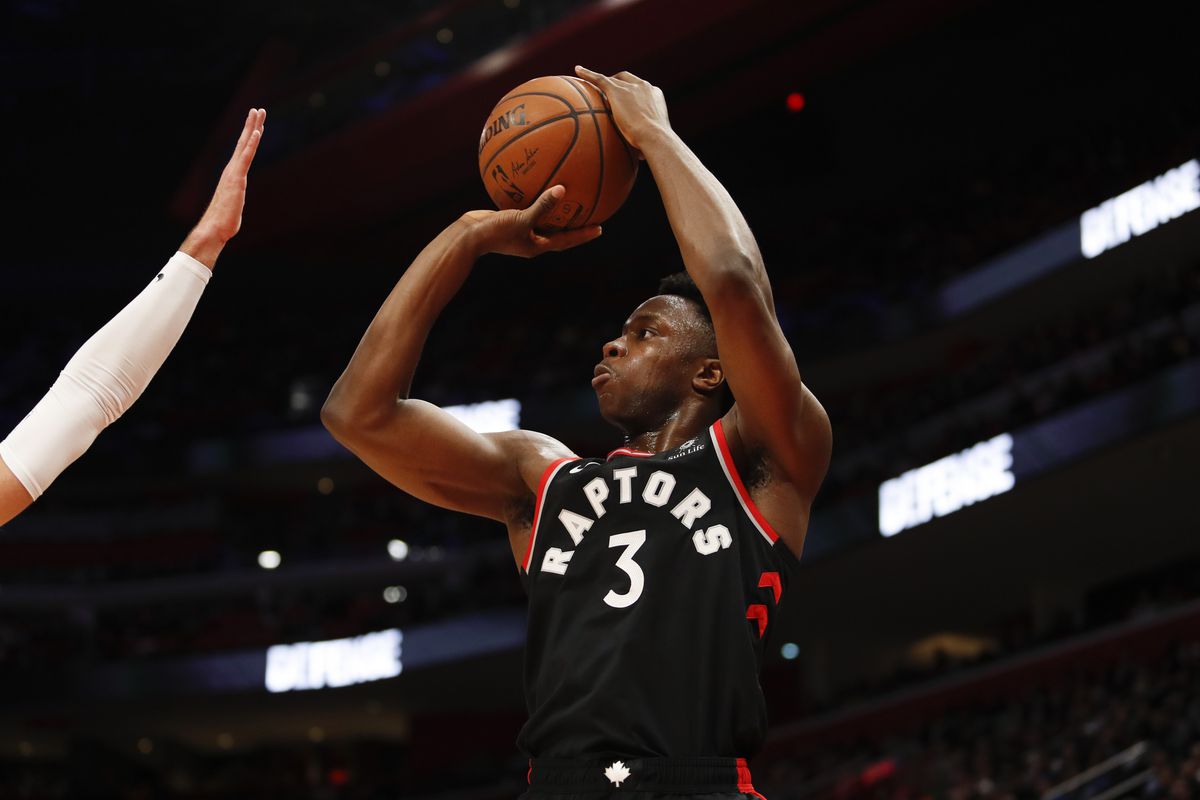 “It’s a make or miss league”

Oh, how true that phrase is.

The perfect ending to Game 3 that was surely in the Celtics’ hands, destined to crush Toronto en-route to dismissing them from the series.

But, OG Anunoby had other plans.

With just 0.5 seconds on the clock, Kyle Lowry in-bounds the ball cross-court over a 7-foot-5 Tacko Fall to get it over to Anunoby who gets it off in time and hits the buzzer-beating corner three.

And the virtual crowd went wild.

But a freezing cold OG showed no emotion, showing that he’s a true cold-blooded killer.

The game was evenly played throughout with Kyle Lowry leading the way for the Raptors scoring a game-high 31 points. Kemba Walker was the best player for the Celtics today as he dropped 29 points on Toronto.

Toronto came out of the gates strong with a 7-0 run. But, the Celtics responded and had a 10-point lead at the end of half. The Raptors looked a lot like their old selves in the second half, finally starting to hit some shots form beyond the arc to keep the game within range.

Daniel Theis was thought to have sealed the game with a ferocious dunk with 0.5 seconds remaining from an assist from the crafty Kemba Walker.

But, alas, OG gave the Raptors another breath in the series and keeps them competitive, with a solid chance of stealing back the spotlight.

Here are 3 takeaways from today’s game:

It’s one for the Raptors’ history books no doubt. A shot that will be alongside Kawhi’s for many years to come.

But this shot wasn’t just a one-off thing. He was silently the most consistent shooter that the Raptors have had all series. he shot 4/8 from the field and 3/5 from three-point range this game. He also has 8 three-pointers in total this series which is second on the ice-cold Raptors behind Fred VanVleet.

OG Anunoby has been dynamite on the defensive-end as well, locking down Tatum and Brown.

He is touted by many Raptors fans as the next coming of Kawhi Leonard and the potential is clearly there. If he continues to play at this level for the remainder of the playoffs, Toronto could have found themselves a legitimate star just as they found Siakam last year.

Jaylen Brown has had the edge over Siakam in this series and this game was no different. Brown has learned the art of defending against Pascal’s signature spin move, shutting him down for most of the series.

Siakam’s resurgence in the second half was due to Brad Stevens resting Brown on the bench. He played a key role in the Raptors win today, but most of his points came when Brown did not see the floor.

Pascal must step it up another notch if Toronto wants to have any chance in this series. He is seen as the primary scorer on a team that lost Kawhi Leonard after their championship run last year. Under-performing in the playoffs has not been sitting well with fans, and seeing his his second half performance, certainly gives fans hope that ‘Spicy’ P is still in there somewhere.

The greatest player in franchise history excelled in what was a must-win game for the Raptors. His performance like these in the past have endeared him to fans through the years and this game was one for the ages.

Lowry put his body on the line multiple times, argued every call, and was very aggressive which is something you want to see every game from Kyle. His leadership, poise, and play-style pump the Raptors to do great things when he’s on the floor.

The Raptors will go as far as Lowry takes them.

This series is turning out to be one for the ages. Let’s see if the Raptors are able to make a come-back over the Celtics just as they did last year against the Milwaukee Bucks, except this year without Kawhi Leonard.

Boston still leads the series 2-1 but this game makes it a lot more interesting.