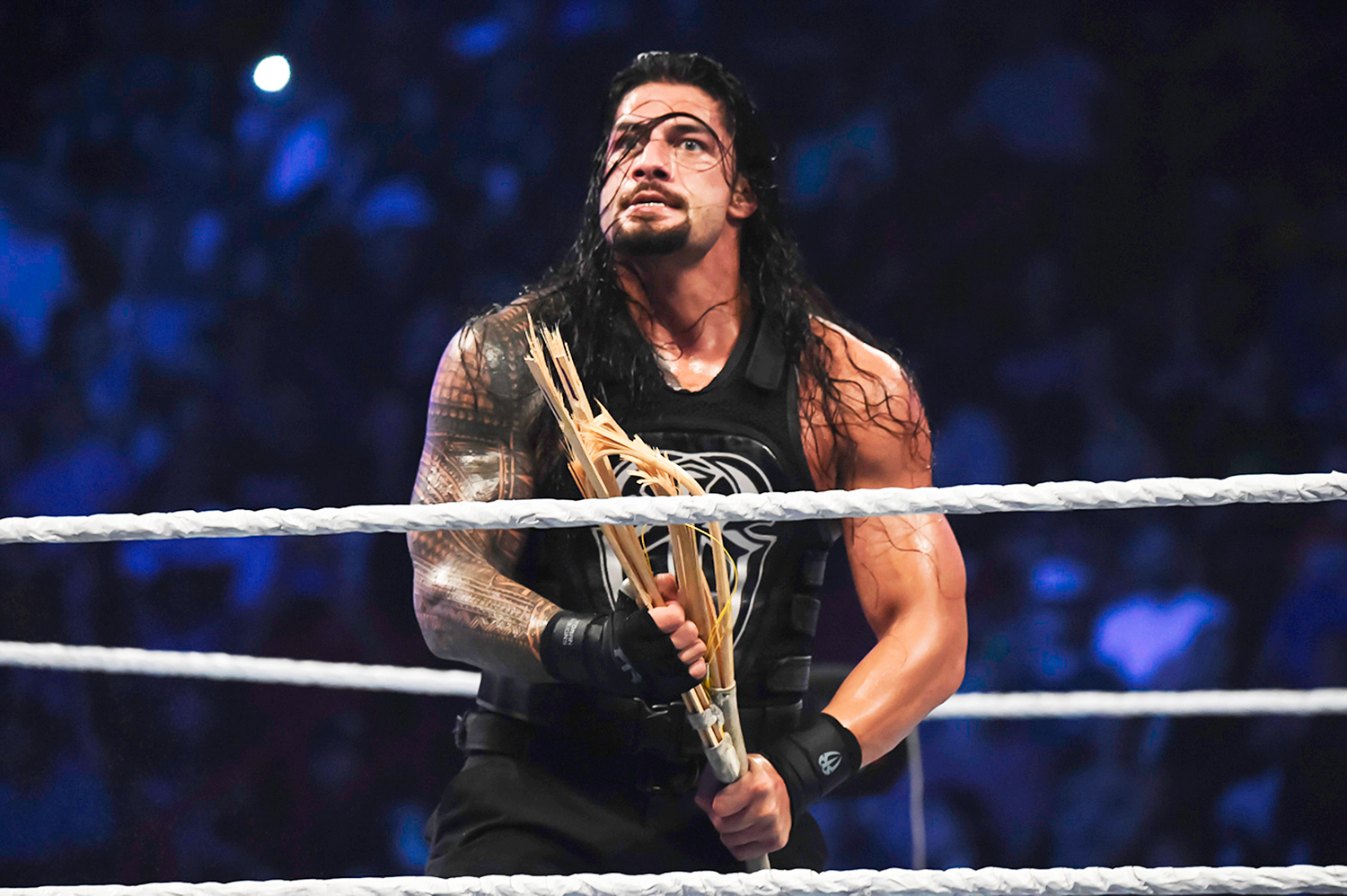 Payback is WWE’s second paperview in two weeks, and a few titles changed hands. We saw a lot of action throughout in the show, which lasted a little under three hours.

The Kickoff Show – The IIconics vs. The Riott Squad

The newly reunited Riott Squad started off fast with Ruby Riott, but it didn’t last long. Billy Kay, of The IIconics, took the momentum away from Riott and kept her down for awhile. Eventually, Riott finds a way to hit a step-up enziguri. Riott then was able to tag in Morgan, who then went on an insane rally. She hit a double-stomp to Royce, but The IIconics were able to recover and go for the pin but Morgan was able to get out of it. The Riott Squad then hit their finisher, the Riott Kick and a Codebreaker, for the win. The Riott Squad wins via. pinfall – Grade C

Lashley and Crews went back and forth throughout the beginning of the match. Crews used his speed, and Lashley used his strength. Eventually, Crews uses a series of moves like a moonsault and a crossbody to tire out his challenger. Crews then hits a German suplex and went for the cover, but Lashley kicked out. “The All Mighty” then took over and hit a spinebuster to Crews. He then locked in the Full Nelson submission move, forcing Crews to tap out. Bobby Lashley wins via. submission to become the new United States Champion – Grade B-

This match was thrown on the card late, but it didn’t disappoint. Big E started off the match with the momentum over Sheamus. “The Celtic Warrior” did work his way back, by targeting the left knee of Big E. He then hit an Irish Curse Backbreaker, and went for the cover but it wasn’t enough. Big E did gain his momentum back, slowly, and hit an Alabama Slam. He went for the cover, but Sheamus kicked out at two. Sheamus and Big E exchanged moves for a while, but Big E was able to take control. He finished Sheamus off with a powerbomb and a Big Ending for the win. Big E wins via. pinfall – Grade C

This match had a lot of action between both superstars. Both wrestlers went at each other exchanging menovers, but Corbin did use his power to wear down Riddle. Eventually, Riddle kicks Corbin in the head sending him outside of the ring. “The Original Bro” then takes over. Riddle strikes Corbin with a series of punches. Cobin does find a way to hit a Deep Six. He goes for the cover, but Riddle kicks out. Riddle then uses his speed to hit body kicks and the Floating Bro. He goes for the pin and secures the win. After the match, Corbin attacks Riddle, laying him out backstage. Matt Riddle wins via. pinfall – Grade B-

The tensions between Baszler and Jax already started as soon as the bell rang. Jax was set to start the match, but Baszler tags herself in. Both teams went back and forth, with the champions using speed while the challengers used their strength. The “Golden Role Models” attack Jax in the corner, but she gets out of it. Jax destroys Banks outside of the ring. She then sets her eyes on Bayley, but Banks is able to regroup and hit a chop block to the leg of Jax. Bayley then hit an elbow drop on Jax. Banks then hits a frog splash. The champs go for the cover but Jax kicks out. Baszler then gets back into the action and locks in the Muta Lock on Banks and the Karafuji Clutch on Bayley. Bayley then has to tap out. Shayna Baszler and Nia Jax win via. submission to become the new Women’s Tag Team Champions – Grade B

This match was surprisingly quick as Lee has the upper hand throughout most of the match. Both Lee and Orton exchanged blows to one another to start. Orton does find an opening and hits a draping DDT. Orton then attempts to go for an RKO but Lee counters, and hits a Spirit Bomb. He goes for the cover and picks up a surprising win. Keith Lee wins via. pinfall – Grade B-

Rey and Dominik Mysterio vs. Seth Rollins and Murphy

DOminik Mysterio started off fast vs. “The Monday Night Messiah” and Murphy. He tags in his father, Rey Mysterio, but Rollins and Murphy take over. The heels start to trash talk and Dominik isn’t a fan of it. The two teams go at one another and go at it for a while. Rollins tires out Rey Mysterio and looks to finish him off. Rollins tries to run the high fligher into a boot from Murphy, but it doesn’t work. Murphy accidentally hits Rollins in the head. Murphy tags himself in but the Mysterio’s then take over, and Dominik hits a frog splash on Murphy for the win. This is Dominik’s first win as a WWE wrestler. Dominik and Rey Mysterio win via. pinfall – Grade B

The match starts off with Strowman blind siding “The Fiend” after he makes his entrance. The two men go at one another, but Reigns is nowhere to be seen. “The Fiend” finds his giant mallet from under the ring and levels Strowman with it. The two men then end up at the top of the entrance ramp. Strowman is able to recover and tackles the champ through a table. “The Fiend” lays on the broken table as Strowman looks to regain some energy and power. They end up back in the ring and Strowman heads to the top rope. He hits a suplex that completely breaks the ring. Now that both men are down, Reigns’ music hits and he finally signs the contract for the match. He heads down to the ring and tries to pin “The Fiend,” but he kicks out. He the goes to cover Strowman, and he kicks out as well. “The Big Dog” then grabs the chair he brought down to the ring and begins to beat down Strowman. Reigns tries to attack “The Fiend,” but the champ locks in the Mandible Claw. Reigns, however, finds a way to hit the champ below the belt. Strowman gets up and Reigns hits a spear, and wins the Universal Championship.

Roman Reigns wins via. pinfall to become the new Universal Champion – Grade A

The next WWE paper-view will be Clash of Champions which will take place on September 27th.