The Warriors are Huge Fans Of Deni Avdija 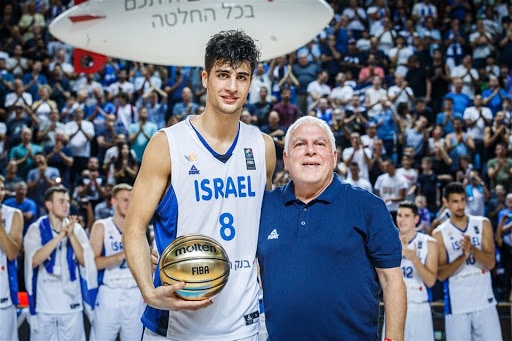 It is uncommon to see a perennial contender like Golden State at the top of a draft but since they’re in this situation, they’re in great position to reload. Lots of prospects such as Anthony Edwards, James Wiseman, even Lamelo Ball have been linked to Golden State to a certain degree, but now add Deni Avdija to the list of probable targets for Golden State. This is what Wes Goldberg had to say:

“While the Warriors are high on both Deni Avdija and Isaac Okoro, Advija would be the likelier pick between them if Anthony Edwards is off the board at No. 2.”

To many fans, Avdija going second overall potentially over dudes like Lamelo Ball and James Wiseman would seem like a reach, but considering his resume as an Israel League MVP on a top 5 organization outside of the NBA in Maccabi Tel Aviv, 3X Israel League champion, U20 champion and MVP, Avdija is as proven of a prospect as anybody in this draft. As a 6’9” shot creating point forward that can facilitate and contribute on both ends, you can argue he has the best floor in the class as well as one of the higher ceilings in the draft.

During Golden State’s dynasty, they have never been reliant on having a high-end center but instead has had a lot of depth on the wing. We look at players like Klay Thompson, Kevin Durant, Harrison Barnes, Andre Igoudala, they have had at least multiple strong contributors at the wing during the past 5 years. Now with only Andrew Wiggins, it could make sense to fill that small forward depth by adding a Deni Avdija, a guy that can pass, defend, run a fast break, and score on and off the ball, he would give them a similar skillset to what Andre Iguodala provided them.

If the Warriors really wanted Avdija on their roster, their preference would likely be to trade back a couple spots and grab more assets instead of unexpectedly taking him as high as 2nd overall. It’s unquestionable the Warriors are a very high-end organization that will do their homework on the top prospects so whatever Golden State does with their top draft pick, don’t question their decision.