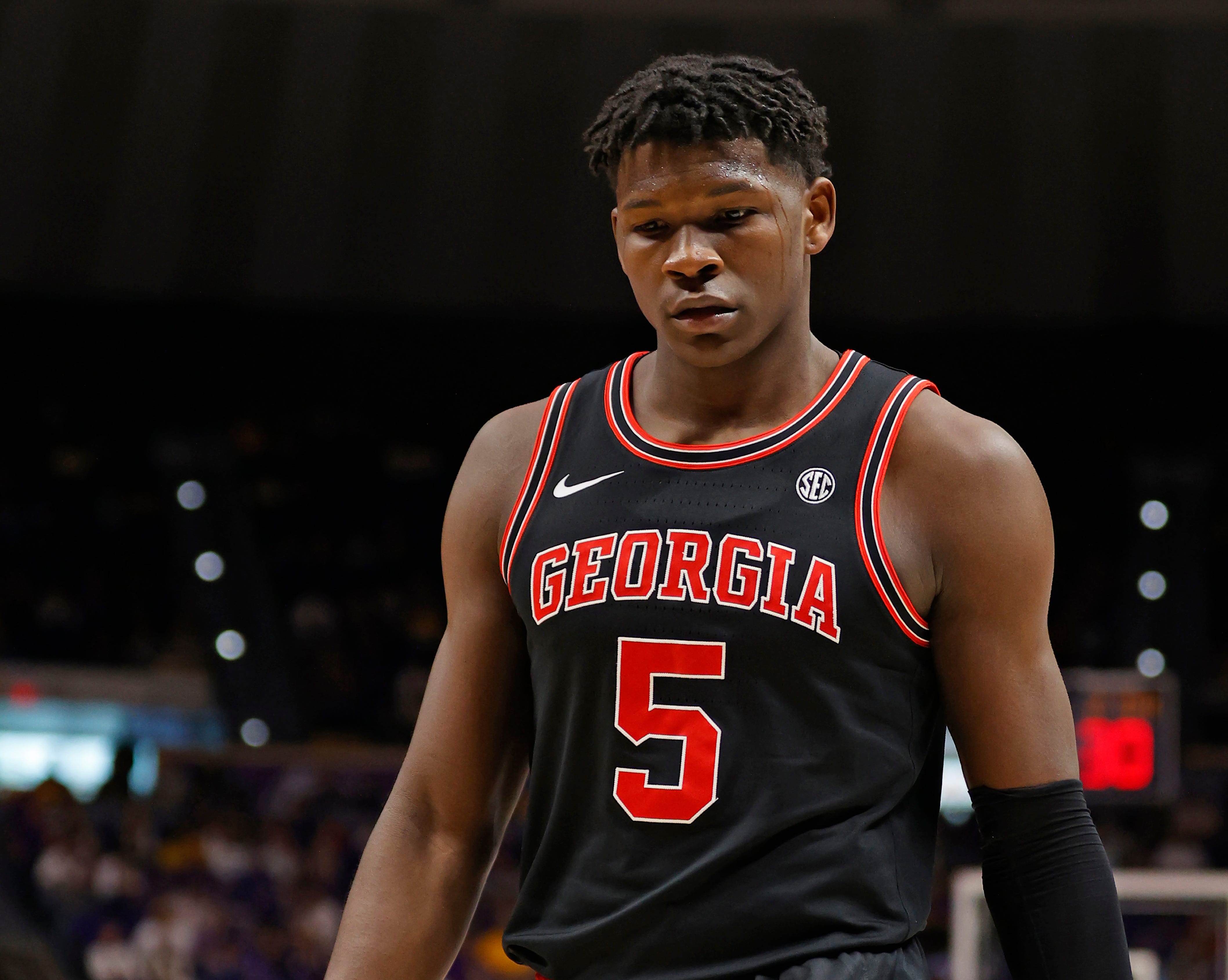 The NBA Draft is on October 2016. With the NBA Lottery officially over, and the draft order is set.

This will be the first of several mock drafts as the playoffs and build-up to the NBA Draft continue.

This first Mock Draft is accurate at of August 28th, 2020. Here is Leaguealerts’s first mock draft:

Ball has been playing professionally in Australia for the past year. During that year, Ball averaged 17.0 points, 7.6 rebounds 6.8 assists, and 1.6 steals. Despite those impressive stats, he has been quite inconsistent shooting just 37.5% from the field and 25% from deep.

Despite the inconsistencies, which is common for a young player, he is still likely to go #1 to the Minnesota Timberwolves. At 6’7, Ball can play any position for the 1-3. With D’Lo at the 1 and Malik Beasley at the 2, it’s likely that Ball would replace Josh Okogie at the 3 and give the T-Wolves an offensive boost.

We didn’t get so see much of Wiseman this season, but in the three games we did, he was extremely impressive. During the three games Wiseman played, he averaged 19.7 points, 10.7 rebounds, and 3.0 blocks. Even though he was playing out of his mind, he had a minor injury and decided to sit out the rest of the season.

The Warriors have every position set except for the Center position. They do not have the cap space to sign a top-tier free agent in the offseason so if they want a great Center to join Curry and Klay, they need to draft Wiseman and there’s not another player that fits so perfectly.

Onyeka Okongwu is the second of the two Centers with superstar potential. Unlike Wiseman, Okongwu played the whole season and proved himself as a consistent player. Okongwu averaged 16.2 points, 8.6 rebounds, 2.7 blocks and 1.2 steals. He also shot 61.6% from the field, a beyond-amazing stat.

The one knock on Okongwu is that he’s only 6’9, so it’ll be a lot more difficult for him to hold his hown against taller, stronger NBA players. Despite that knock, Okongwu is very strong himself and is a proven defender, even if his offense may take a hit. The Hornets are in need of a Center as their starter, Cody Zeller, doesn’t fit with their increasingly small-ball looking line-up.

Deni Avdija is one of the bigger question marks in this draft, but he has one of the highest ceilings as well. Avdija recently led his Israeli team to a championship, the only player to enter the draft as a champion. In Israel, Avdija averaged 9.0 points, 4.7 rebounds, and 2.0 assists while 50.5% from the field and 33.3% from deep. The biggest criticism of Avdija is his 58.8% shooting from the free-throw line, much worse than the average player.

The Bulls could use another Swing Forward. They look increasingly like they’re going to trade Power Forward Lauri Markkanen and Small Forward Otto Porter Jr is constantly out with injuries. At 6’9, Avdija could play both positions and will provide stability for Chicago’s depth at the forwards.

Anthony Edwards may well be the most talented scorer in the draft. During his season at Georgia, Edwards averaged 19.1 points, 5.2 rebounds, 2.8 assists, and 1.3 steals. Although he’s extremely talented, there is some downside to him which is why he fall a bit. Edwards only shoots 40.2% from the field and 29.4% from deep, showing inconsistencies. He also averaged 2.7 turnovers per game.

Despite those red flags, he’s still an extremely talented player and the Cleveland Cavaliers should take the best available at #5 because they’re trying to get as many assets as possible. Since they already have both Collin Sexton and Darius Garland, they could try the possible three guard rotation that OKC uses, or they could trade Garland for another draft pick or young asset.

Killian Hayes is another high ceiling mystery. Playing in France, he averaged 11.6 points, 5.4 assists, 2.8 rebounds, and 1.5 steals. He also shoots an impressive 48.2% from the field, however, he also shoots just 29.4% from deep and averaged 3.2 turnovers.

The Hawks are in need of a talented Shooting Guard to play next to Trae Young and while they likely could sign one, Hayes also just so happens to be the best player available. While they want to be competitive, the Hawks are still trying to accumulate as many assets as possible likely for a future blockbuster trade to get Trae and John Collins a third superstar.

Obi Toppin is by far the most underrated player in this NBA draft. During his year at Dayton, Toppin averaged 20.0 points, 7.5 rebounds, 2.2 assists, 1.2 blocks and 1.0 steals. He also shoots and incredible 63.3% from the field and 39.0% from deep. There is very little criticism on him other than his slight struggles on defense, but very slight.

Despite being underrated, the players drafted before him have much higher ceilings, which is why he doesn’t go higher. With that said, he is the perfect fit for the Pistons. Blake Griffin will be an excellent mentor for Toppin as their play and builds are very similar. He’d also join Sekou Doumbouya and Chrstian Wood in a young trio that could do some serious damage in 2-5 years.

Haliburton is another criminally underrated player in this draft. During his year at Iowa State, Haliburton averaged 15.2 points, 6.5 assists, 5.9 rebounds, and 2.5 steals. He also shoots 50.4% from the field and 41.9% from deep. Despite his 2.8 turnovers per game, he is one of the safest players for a top-ten pick.

The Knicks have been in need of a starting Point Guard for a very long time. They traded Kristaps Porzingis for Dennis Smith Jr, who ended up collapsing after being traded there, and Frank Ntilikina who has been a bust. While Haliburton may never be a superstar, it’s likely he’ll be a great, consistent asset for the entirety of his career.

Devin Vassell is another fantastic but overlooked player. While he isn’t the best scorer, he is a very consistent shooter shooting 49% from the field and 41.5% from deep. He averaged 12.7 points and 5.1 rebounds, it makes him an ideal role player for any team.

The Washington Wizards are not going to be the same team they were this year. John Wall and Bradley Beal will be returning while Rui Hachimura and Thomas Bryant will be a year improved. While they can easily sign a Forward in free agency, they’re in desperate need of depth at the forward position and Vassell will provide that.

Pokusevski it a relatively unknown play who has a lot of potential. He was playing overseas and was a solid all-around player. In his year in Serbia, he averaged 9.9 points, 7.3 rebounds, 2.8 assists, 1.7 blocks, and 1.2 steals per game. Pokusevski also shot 40% from the field and 32.1% from deep.

The Spurs are in desperate need of a new Shooting Guard. Bryn Forbes is a good player, but at 6’2, he’s just not tall enough to start. Josh Green is a much better option to start at Shooting Guard at 6’6 and can play some Small Forward as well.

Jalen Smith is a Power Forward from the University of Maryland. He was an impressive player who averaged 15.5 points, 10.5 rebounds, and 2.4 blocks. He also shot 53.8% from the field and 36.8% from deep. He is a great all-around player who is going to make an immediate impact on any team.

The Kings are in need of some players that could make an immediate impact. Their fans and their team are growing tired of constantly missing the playoffs and they need something to revamp their franchise.

RJ Hampton was once a candidate for the top-five in this draft class, but not anymore. Although he is still incredibly talented, his year on the NZ Breakers was disappointing at best. He averaged a meager 8.8 points, 3.9 rebounds, and 2.4 assists while shooting 40.7% from the field and 29.5% from deep. While he had a disappointing season, he is still incredibly talented with star potential, so he still finds himself in the lottery.

The Pelicans are going to need some more depth at the guard. Hampton is capable of playing both the 1 and the 2 and could be a huge contributor for the Pelicans off the bench if he can play like he did in High School.

Isaac Okoro was one of the more consistent players in the NCAA in 2019-2020. He averaged 12.9 points while shooting 51.4% from the field. He does only shoot 28.6% from deep, however, which really hurts his draft stock. Okoro was drafted here in this mock draft because while he may be better than several players drafted before him, his ceiling is much lower.

The Celtics benefit from this pick by getting some much-needed bench depth. Outside of Enes Kanter and Marcus Smart, their roster was not very deep. Getting a player who could play either wing position will be huge for a team attempting to contend for a championship in the coming years.

Tyler Bey is a solid player out of Colorado who was one of the more consistent three-point shooters. He would make a great addition to a rising Orlando Magic teams.

If there was one thing that hurt the Trail Blazers this season, it was their lack of depth for their big men. It got to the point where the 6’5 Nassir Little was playing minutes at the Power Forward. Reed will help them with some much-needed depth to ensure that doesn’t happen next year.

Cole Anthony may have been the most hyped-up Point Guard in the NBA Draft at the start of last season. After his year at the UNC, however, he showed just how inconsistent he was. With that said, he’s still a remarkable talent that the Timberwolves should scoop up at 17.

At Duke, Carey was remarkable and any team would love to have him. The Mavericks in particular, though, are in desperate need of another big man and Carey would actually get a lot of playing time in Dallas.

The Brooklyn Nets don’t need anyone in particular with Kevin Durant and Kyrie Irving returning, so they should just go for the best available, which in this case is Bey. Bey will be a solid role player for the Nets who will elevate their play when Durant or someone else is resting.

Kira Lewis Jr was an absolutely fantastic player for Alabama. He averaged 18.5 points per game and shot 45.9% from the field. Even though his ceiling is not as high as some other Point Guards, he finds a spot in the first round.