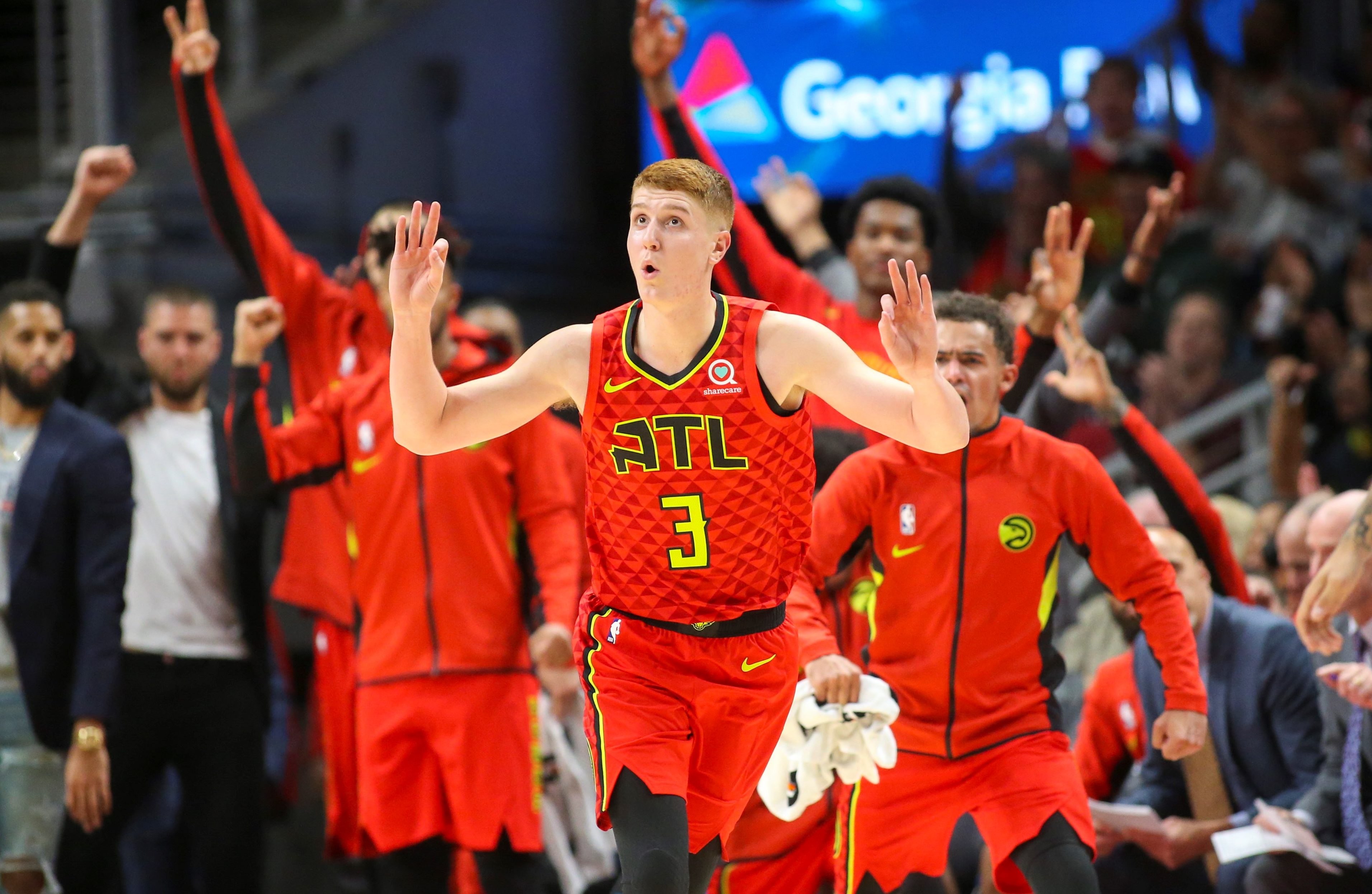 Kevin Huerter was selected with the 19th overall pick in the 2018 NBA Draft by the Atlanta Hawks. He hails from Albany, New York, and attended the University of Maryland for two years.

“The Red Mamba” is tall for a shooting guard standing at 6’7. He averaged 12.2/4.1/3.8 across 56 games played this season. His averages this season have improved from 2018, which was his rookie campaign. Huerter’s three-point percentage ranks higher than all-stars Bradley Beal and Donovan Mitchell. He also has a higher percentage than Devin Booker who is known for his ability to shoot from deep. Huerter’s three-point percentage isn’t higher because he doesn’t play a lot of minutes. His 31.4 minutes a game is just a few under Devin Booker’s average.

Huerter is solid all around, with no glaring issue in his game. His 4.1 rebounds per game ranks him 19th among all shootings guards in the league (via. ESPN). He also has the 13th most assist per game for shootings guards. His stat lines are normally very balanced, as he finds a way contribute everywhere he can.

On January 14th, against the Phoenix Suns, Huerter put up 23 points by shooting 80 percent from deep. He also hauled in a difference-making 15 rebounds and dished out 8 assists. Huerter also had another solid game against the Celtics, in February, where he had 25 points, 7 rebounds, and 6 assists. If the Hawks guard isn’t having a great scoring night, he is still putting in work in other stat categories.

Kevin Huerter is one young guard to look out for, that will take the league by storm, in years to come.