Should Devin Booker Have Won The Bubble MVP Over Damian Lillard? 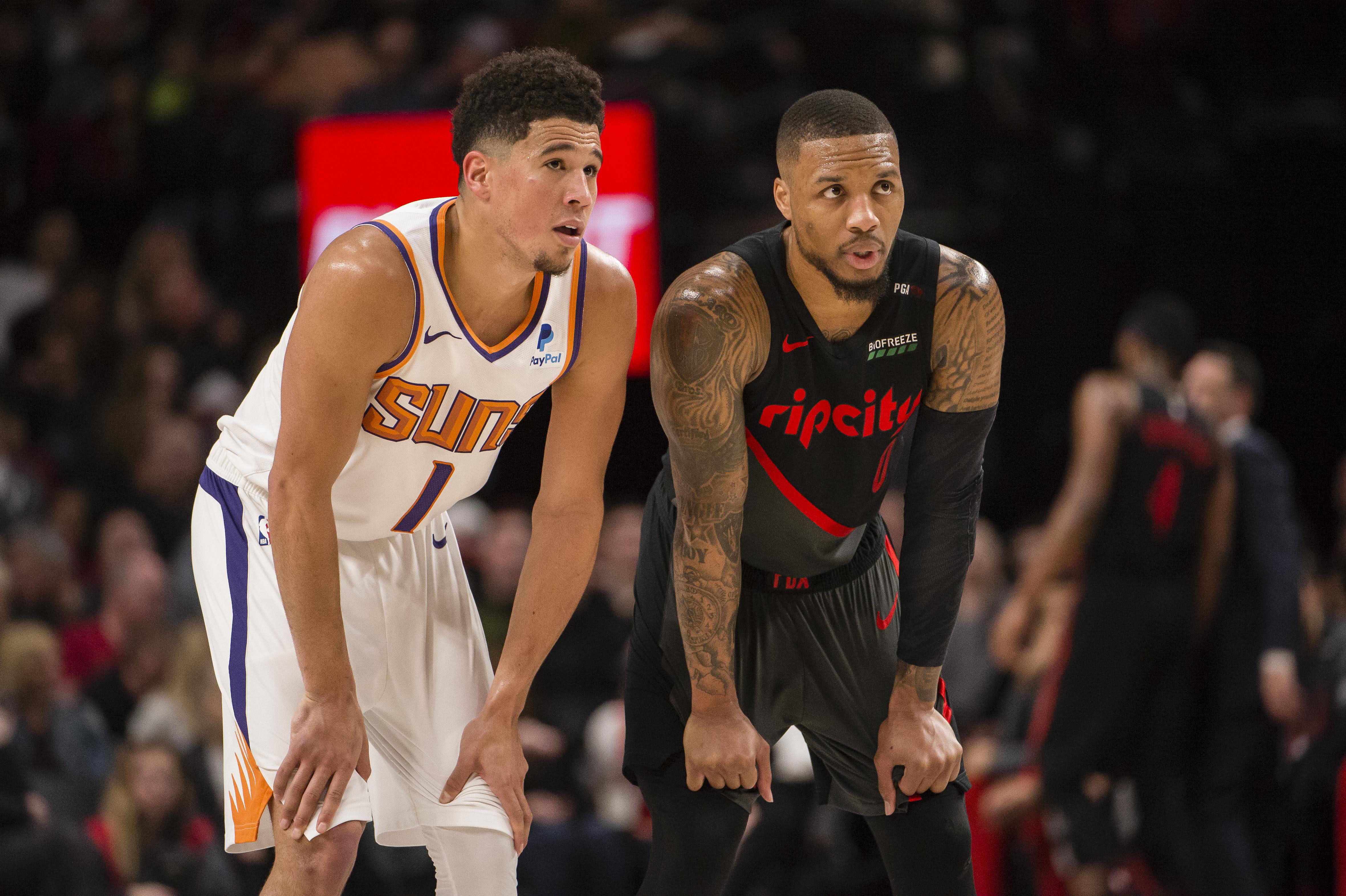 Damian Lillard was announced as the unanimous ‘Bubble MVP’ by all 22 voters. It, of course, is a testament to his magnificent performance which pulled the Portland Trail Blazers into the first round, setting up a date with LeBron and the Los Angeles Lakers. He lead his team to a 7-2 record averaging 37.3 points and 9.6 assists over the 9 games that he played. He also played about 42.1 minutes per game over this stretch as well.

Lillard was the driving force of his team and was the leader that they sorely needed to make the push. As Carmelo Anthony, a fellow veteran teammate, said, “I’ve never plated with someone who lifted his team on the court with his play and as a leader. He genuinely cares for his teammates. What he’s been able to do is amazing. He’s the top guy I’ve played with.” (Via Chris Haynes / Yahoo Sports)

It seems as though he was the obvious choice to win the award in the bubble, but there was another player who exceeded everyone’s expectations and stepped up in such a way that nobody thought possible. That player is Devin Booker.

Booker led the Phoenix Suns to a perfect 8-0 bubble record, but unfortunately, still did not get the chance to show their strengths in the playoffs which could mainly be attributed to their lackluster play prior to the NBA hiatus.

He averaged almost 31 points per game while averaging only 33.9 minutes per game which shows to the efficiency level he played at in this stretch of 8 games. He completely changed the narrative of the bubble of Zion Williamson and the Pelicans’ chase for the 8th seed to the Phoenix Suns’ race battle for the 8th seed. His play was the key factor in allowing his team to even dream of making such a run.

Both Damian Lillard and Devin Booker played integral roles in bringing their teams into relevance and creating an exciting finish in the battle of the final playoff spot in the Western Conference.

Lillard had the edge in the voters’ minds because his team finished in a higher seed than Booker’s and had the chance to play in the play-in round. The Phoenix Suns were just unlucky in that situation as the only reason they lost their play-in round spot even though they had the same record as the Grizzlies was because they lost the season series to Memphis before the 5-month NBA shutdown.

Booker should not have been ignored as his team still managed to pull off a perfect record when some major media outlets thought they wouldn’t even win a single game.

Lillard has the statistical edge over Booker and had the better overall team success as they made the playoffs even though Phoenix’s perfect record could not be matched by any other team.

Looking at individual impact and success as well as team success, it is safe to say that Lillard was the right choice for the MVP award, making Devin Booker a very close second choice.

Of course, there is no decision without controversy and this is no different. Both have their arguments as to who really is the MVP. This race could’ve gone either way as both deserve the award but Dame clearly deserved it more than everyone else.