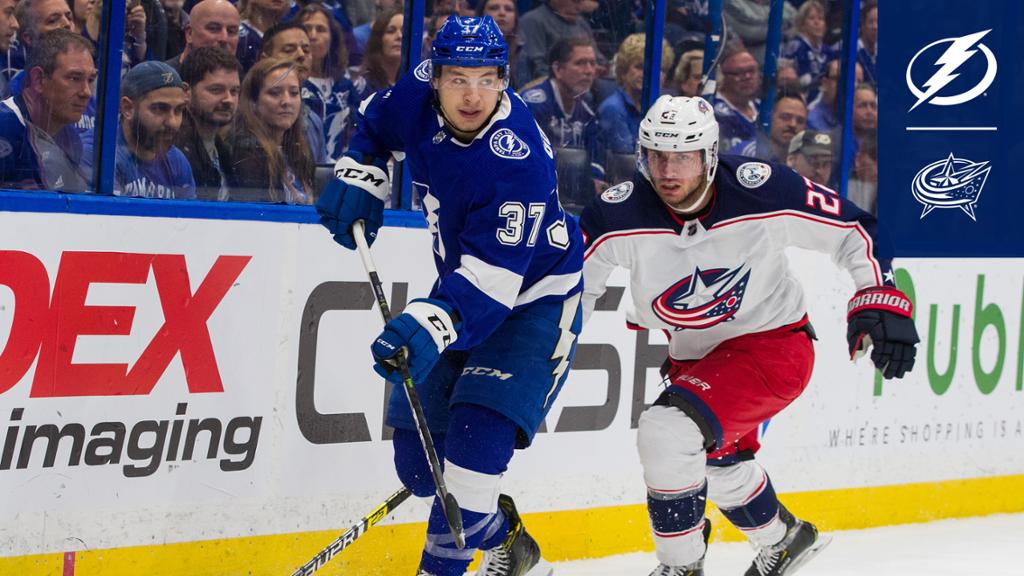 It was only the first day of the 2020 NHL Playoffs, and the record books are already being rewritten.

Game 1 of the series between the Tampa Bay Lightning and the Columbus Blue Jackets lasted 6 hours 13 minutes with the Lightning’s Brayden Point scoring the game-winning goal concluding the 4th longest game in NHL history.

The game finished with the score being 3-2 in favor of Tampa Bay and there being a combined 151 shot on goal by both teams. Joonas Korpisalo broke the modern NHL record of 73 saves in a single game by stopping 85 of 88 shots from going in the net.

Sadly it still was not enough for a win.

Skaters played long minutes on both sides with Nick Foligno also hitting the 50-minutes played mark as a left winger as well.

This game was one for the books and it was interesting to see how offense-based Lightning matched up against the stalwart Blue Jackets who had just defeated the dynamic, offensively gifted Maple Leafs a few days ago. It was clear from the shot totals that the Lightning had more Grade-A chances this game and had Columbus operating on the back-foot.

Victor Hedman unexpectedly returned to the lineup after a supposed ankle injury that he had sustained in the round-robin seeding games. He ended up playing 57 minutes, leading his team in total ice-time.

Many fans will be eager to see Game 2 of this series which begins at 3pm EST on Thursday. Most players will be tuckered out from the unexpected workload that was endured in Game 1, especially as nobody could prepare for such an outcome.

The Blue Jackets may come out as the team who is more well-equipped to dealing with this situation as they played through three overtimes against the Toronto Maple Leafs in the qualifying round.

Seth Jones has shown that he is a perennial #1 defenceman in this league by displaying his consistent dominance of each game night-in and night-out. He had another outstanding game, playing an equivalent of 2 full NHL games and still not losing the step that most people would think they would see. Playing at a superstar level, Jones is becoming the face of the franchise that the team has been trying to find for the last few years.

It seems as though he has the capability to lead the team and attempt to pull off another upset like last year when they swept the same Lightning team in the first-round.

Tampa Bay leads the series 1-0 but the best-of-7 matchup is far from over as John Tortorella is sure to pull some tricks out his sleeve to stop the offensive juggernaut in the Lightning.

It’ll be one hell of a series that could still go either way.

And that folks, is just the beginning of this year’s NHL playoffs.