Battle at the Coliseum: Athletics vs Astros 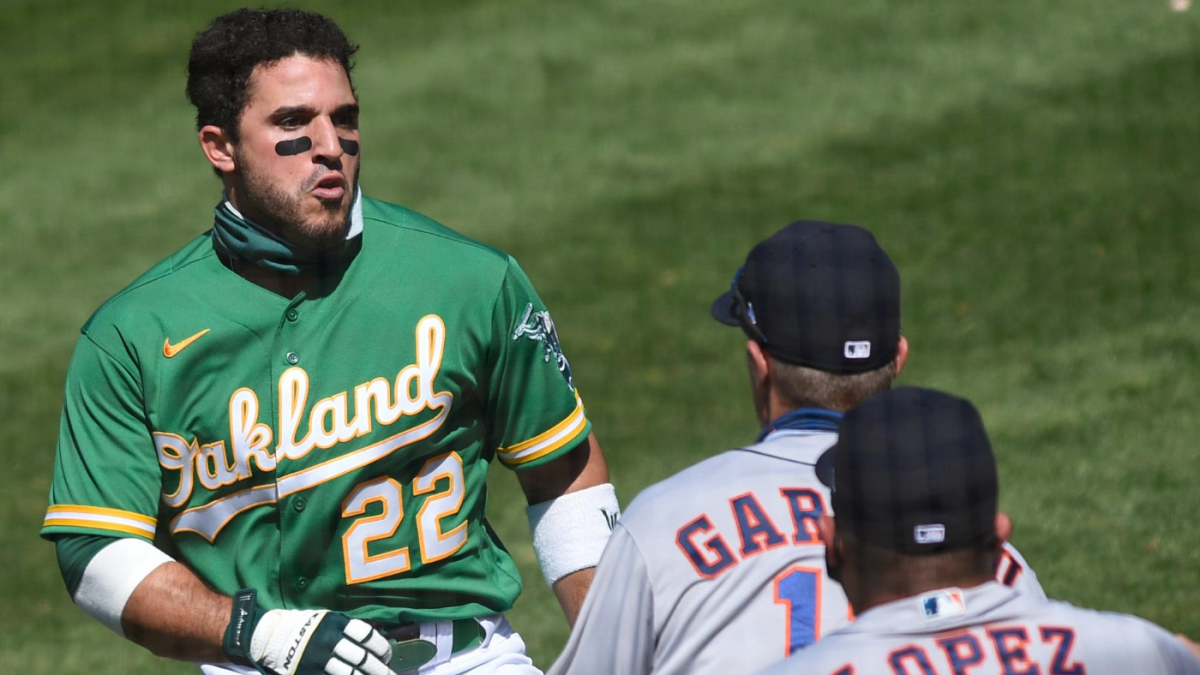 During the bottom of the 7th inning on Sunday’s game between the Oakland Athletics and the Houston Astros at the Oakland Coliseum, A’s outfielder Ramon Laureano was hit by a pitch in the back by Astros reliever Humberto Castellanos. As Laureano walked to first base he exchanged words with Castellanos. When Laureano reached first base he then exchanged words with Astros hitting coach Alex Cintron. After a few moments, all hell broke loose and the benches cleared.

The weekend series had not been kind to Laureano. Going back to the game on Friday the 7th, Laureano was hit by a pitch by Castellanos but on the elbow and not his back. Earlier during the Sunday game, Laureano was hit by another pitch this time from Astros pitcher Brandon Bailey (who ironically was traded by the Athletics to the Astros in exchange for Laureano). After being hit by a third pitch in the weekend and his second of the game, it was clear he had enough with the Astros. He charged the Astros’ dugout directly at Alex Cintron causing both benches to clear, even the players sitting in the stands (to account for social distancing) got on the field to get in on the action.

This was the second time the Houston Astros were involved in a fight this season. The first was against the Los Angeles Dodgers when pitcher, Joe Kelly, threw behind two batters and then taunted Astro, Carlos Correa, after he struck him out. Kelly was suspended for 8 games and is currently appealing his suspension.

After the brawl had ended, Laureano, as well as A’s catcher, Austin Allen, were both ejected for their roles in the fight. Astros manager Dusty Baker had already been ejected an inning earlier due to arguing a strike call. Laureano will likely face great consequences for violating MLB’s strict anti-brawl rules for the 2020 season (for hopes to not cause players to come in contact with one another).

The Athletics won the game by a score of 7-2 following back to back home runs by 3B, Matt Chapman, and 1B, Matt Olson, and another home run by OF, Robbie Grossman. The Athletics win today resulted in the A’s sweeping the 3 game series vs the Astros with the A’s now holding a 9 game winning streak and record of 12-4. While the Astros are in the midst of a 5 game losing streak and have a 6-9 record.