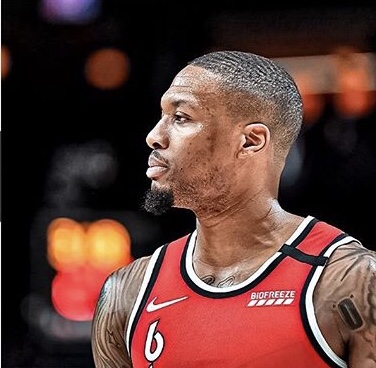 Earlier today, the Los Angeles Clippers and the Portland Trail Blazers played a game that went down to the last second.

With the Clippers and Trail Blazers neck-and-neck, Damian Lillard missed both of his crucial free-throws that would’ve possibly won the game for his team.

Lillard essentially claimed that he took Beverley’s teasing as sign of respect by the utter shock Beverley appeared to have.

After Bleacher Report made a post about Lillard’s comment is when the beef really started to take off.

“And you getting sent home this year. Respect.”

“Keep switching teams… running from the grind. You boys is chumps.”

Lillard was calling out George’s lack of loyalty. Unlike Lillard who has been with Portland his entire career, George pulled on of the biggest back-stabs in recent NBA history.

After George pledged that he was going to stay with the OKC Thunder, and signed a 3-year guaranteed contract, and then demanded a trade just one season later.

Despite George doing that, he didn’t catch much heat for leaving.

George responded to that attack on his Instagram story saying:

“It be a lot of jawing going on and I keep my peace. Imagine y’all going thru 6 major surgeries and still be standing. I promise the story would be different if that never happened! But respect it injuries is apart of the game I play. I’ll leave it on that floor every team I suit up. God bless.”

It appeared he was attempting to at least somewhat de-escalate the situation.

The issue is, the beef had already spread past them. This is where it really got real.

The beef appears to be escalating and doesn’t look like it’ll be slowing down soon.

The NBA has yet to make any statement on what is going on between the players and those close to them.