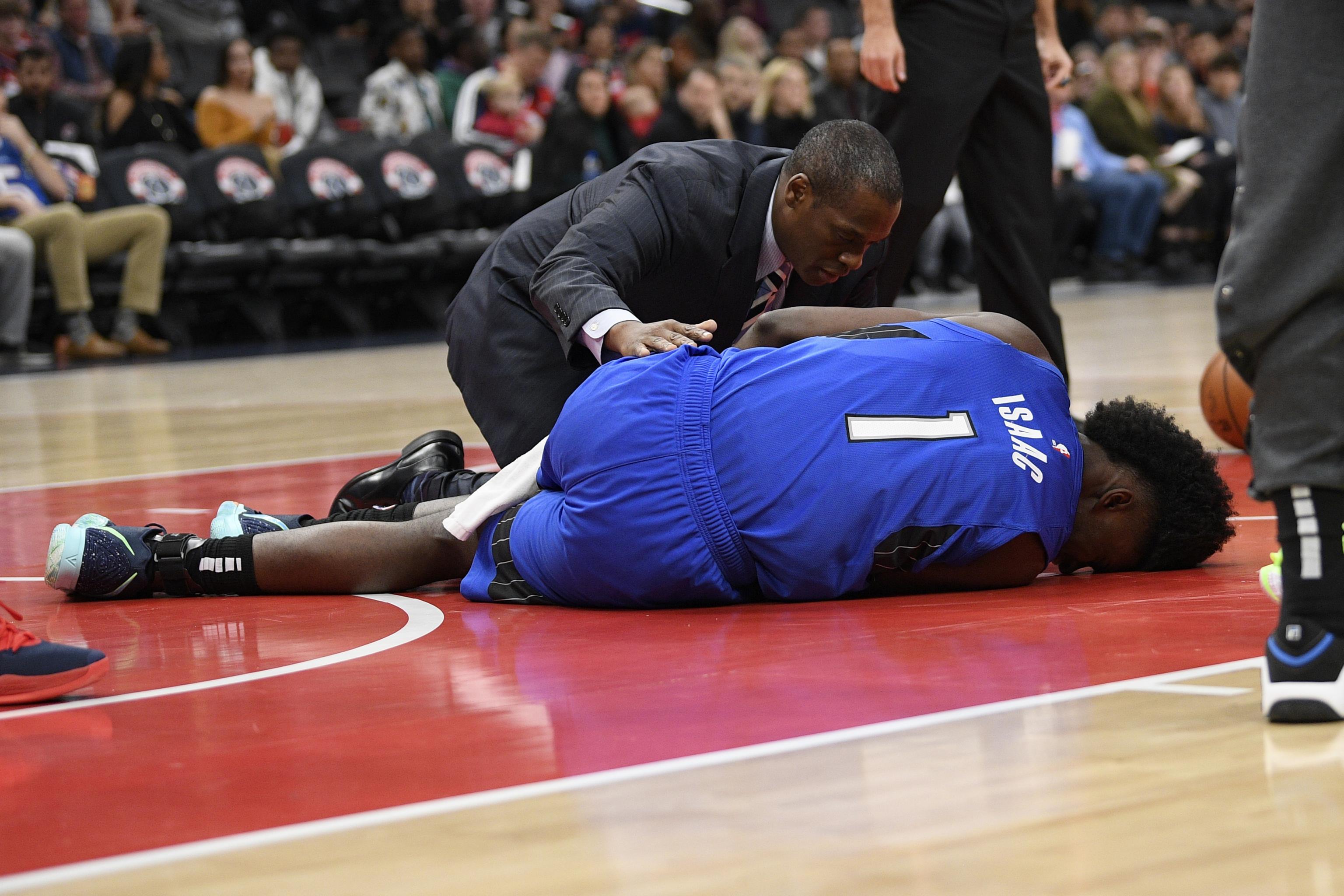 Jonathan Issac left the Orlando Magic game vs the Sacramento Kings on Sunday following an injury.

He underwent successful surgery to repair the injuries and now turns towards his rehab and recovery.

With it still unclear as to when the 2020-21 NBA season will take place, it is unknown if Issac will make a return during the season.

With Issac sidelined, Terrence Ross and Wes Iwundu should see increased roles with the Magic.

Issac badly sprained and bruised his left knee on January 1st and did not play until the NBA restart at Disney World. It has been confirmed that his previous injury that he suffered in January did not have anything to do with his ACl tear.

ACL tears can take up to a year to recover from.